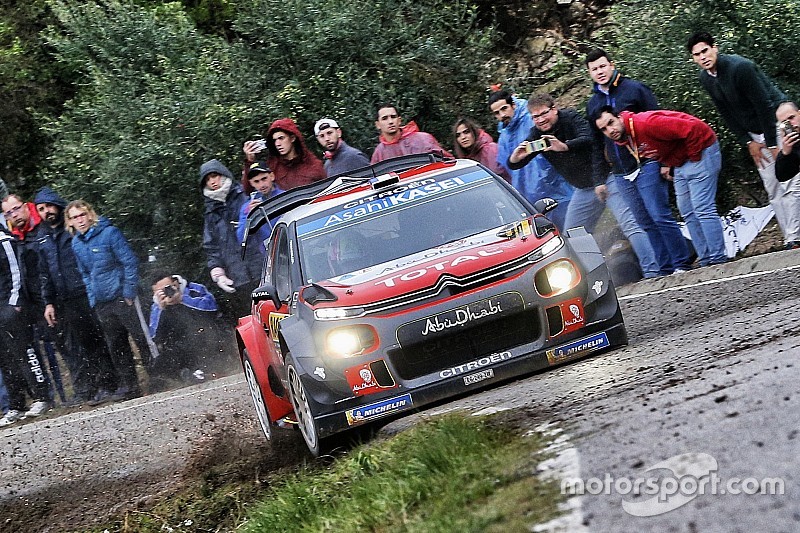 Nine-time World Rally champion Sebastien Loeb has taken a shock lead on Rally Spain ahead of the final loop, as Thierry Neuville closed to 3.8 seconds behind Sebastien Ogier.

As Ogier attempts to chase down championship leader Thierry Neuville ahead of the season finale in Australia, the M-Sport driver had sat in second and just 4.7s adrift of rally leader Jari-Matti Latvala.

Loeb was another 3.3s further back in third, as he makes his final planned appearance of the season for Citroen. Neuville was fifth, having struggled on the wrong tyres earlier in the rally.

But over the two Sunday morning stages, a dramatic Rally Spain threw up further surprises and Loeb became the event’s fifth different leader.

His C3 WRC was fitted with soft tyres in the service park ahead of taking to the stages which were still covered in standing water.

But he made an inspired last-minute change to the hard compound, and it looked to be a masterstroke when course cars later reported that the asphalt had dried.

In a sign of things to come he was fastest by 2.2s on the opening split of the day’s first stage, and ended the run 6.1s faster than Dani Sordo’s earlier benchmark.

Ogier was third and Latvala lost 10.7s over the leg, the rally leader complaining: “I am struggling with the car - I'm having far too much understeer at the moment.”

That moved Loeb top and he extended his advantage on SS16 to head Latvala by 7.1s. Ogier is another 3.7s behind.

The M-Sport driver admitted he was taking a conservative approach as he wanted to consolidate points in the title race, but Neuville’s renewed event pace in his Hyundai i20 WRC sets up an exciting shootout across the reversed routes.

Sordo completes the top five ahead of Evans and a recovering Ott Tanak. The Toyota driver had made it a three-way title fight until a puncture yesterday morning wiped out his 30s rally lead and effective championship hopes.

Tanak’s teammate Esapekka Lappi’s torrid rally continues, as he again complained of understeer that had sapped all his confidence in the Yaris. He therefore dropped to eighth ahead of the next fastest Citroen after Loeb, Craig Breen.

After Eric Camilli stopped on stage with gearshift issues on Saturday, Kalle Rovanpera leads the WRC2 field ahead of newly-crowned champion Jan Kopecky and the returning Petter Solberg. 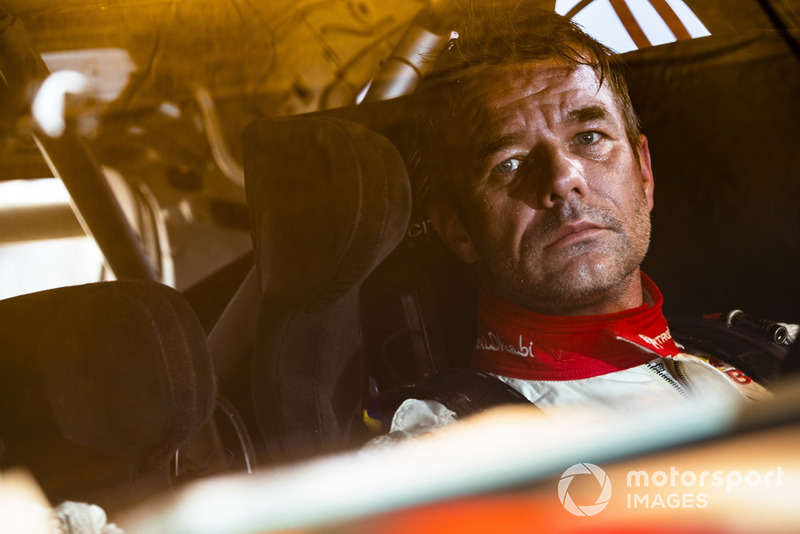