Elfyn Evans believes the target is to consolidate second spot after admitting it is “quite clear” he won’t catch team-mate and WRC Rally Sardinia leader Sebastien Ogier.

The Toyota driver finds himself in second following a much stronger showing on Saturday after struggling for confidence on Friday that left him adrift of the podium places.

The Welshman heads into Sunday’s final four stages 38.9s behind championship leader Ogier and 22.7s ahead of third placed Thierry Neuville. While he believes the rally win is out of sight, Evans is determined to avoid any slip-ups and bag crucial championship points.

“It has been much better today overall the feeling in the car is pretty good now to be honest,” said Evans. “Overall its a pretty solid day and its been unfortunate for the other guys hitting trouble; it has been difficult out there and it is very easy to slip up. 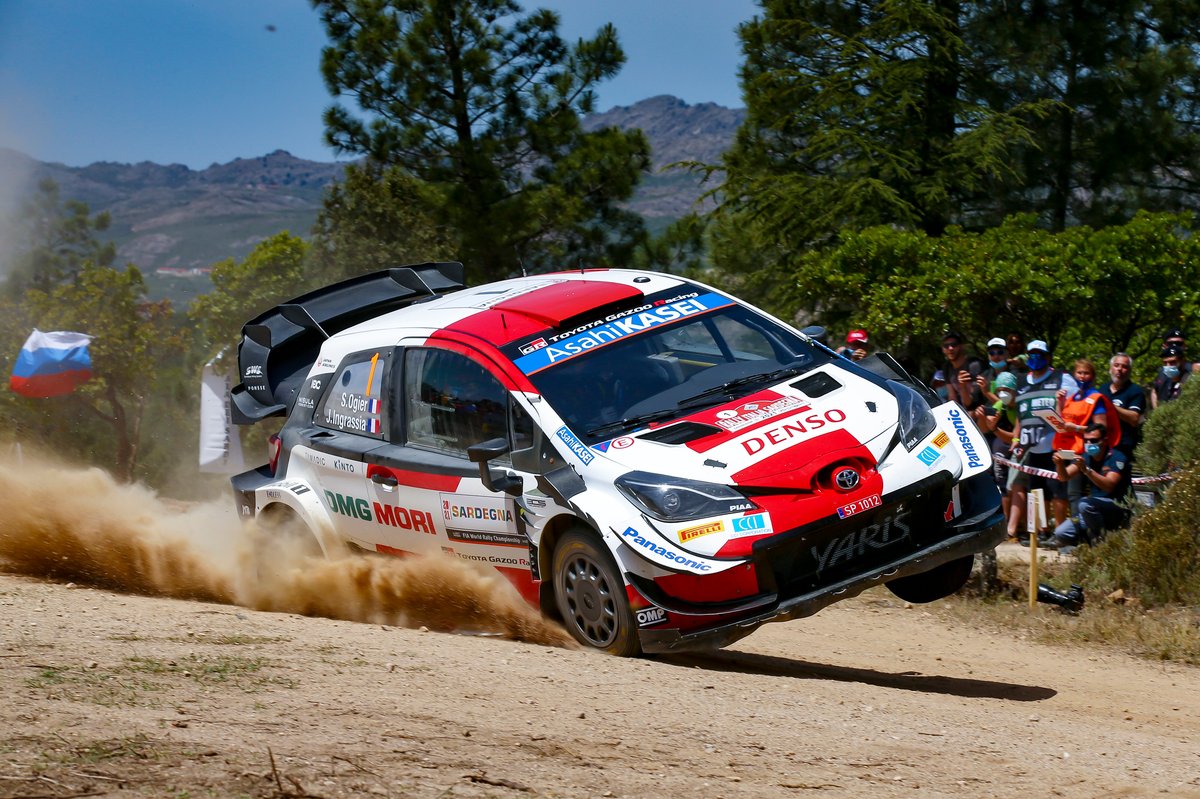 “It is quite clear we are not going to catch Seb, so we obviously have to keep Thierry behind. You never know   you only need one little slip up, one little problem, and it’s not such a big gap.

“We still need to be on our best tomorrow.”

Ogier was somewhat surprised to be leading the rally following the demise of Tanak, although five stage wins from a possible eight showcased decent speed from his Toyota package.

However, the Frenchman is unable to relax as he prepares to face new stages and the possibility of wet weather on the final day of the rally.

“It has been a very good day,” said Ogier. “The target today was to catch Dani in the fight for second place and we managed that pretty quickly, as he had some trouble straight away in the first stage when he damaged his car in a water splash. So then the target was to stay in second place and then it turned into first when Ott had his issue.

“After that we managed to keep a strong rhythm and increase the gap to Elfyn and Thierry to give me a cushion for tomorrow.

“There are new stages which are always challenging [tomorrow] and there is changing weather. It won’t be easy until the end.”