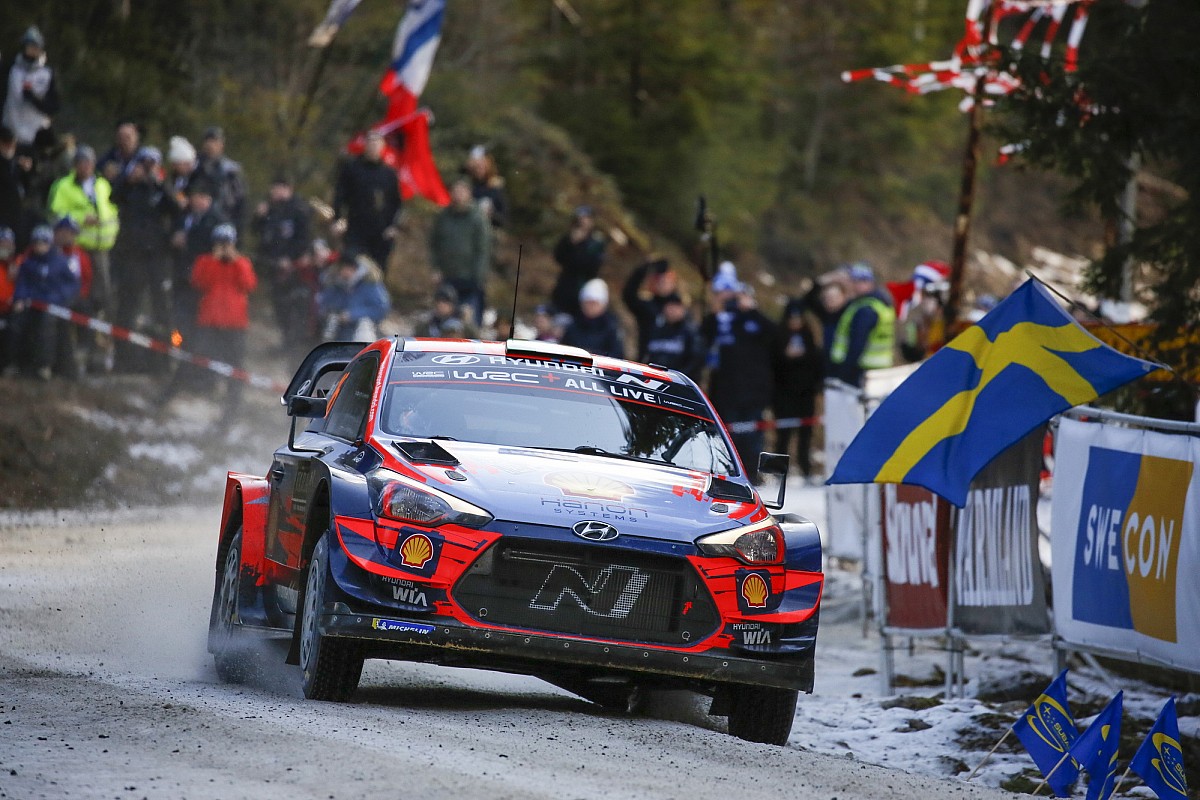 Craig Breen says his confidence is "higher than normal" ahead of his planned return to Hyundai's WRC line-up for Rally Finland.

Running from 6-9 August, the Jyvaskyla-based eevnt is due to be the next round of the WRC season after the cancellation of the Safari and Portuguese events due to the coronavirus pandemic.

Finland is the round on the WRC calendar Breen has most experience of, having previously contested the event nine times, taking his first WRC podium on the 2016 edition.

Last year, on his first WRC outing in the i20 Coupe, he finished seventh overall at the gravel event and led Hyundai's charge after the opening leg.

The 30-year-old has since gone on to equal that result on February's shortened Rally Sweden, his last WRC appearance, in-between an eighth-place finish at last season's Wales Rally GB.

Breen told Motorsport.com: "I'm excited to get back into a World Car again. It's been a while since Sweden and I haven't done a lot of driving since then - I miss the feeling.

"This year will be a little bit different in as far as we have more experience [of the car].
"I feel more comfortable in the team - I know everyone around me a bit better - and I know the car a bit better so I definitely feel more confident.

"We should be aiming to achieve even better things this time round."

Breen, who has used the enforced break in the WRC season because of the COVID-19 pandemic to maximise his fitness levels, says everyone starts Rally Finland on a level playing field.

"Seat time has been limited this year - I haven't done a lot," he said. "The only advantage I have is that everyone else has stopped.

"Most of the guys have done Mexico; that is the only advantage they have over me.

"Therefore, the level [of competition] should be quite similar, so I hope this can be a positive factor in the middle of all this negativity [COVID-19] - my confidence is higher than normal.

"Every time I do a rally with the car I'm learning a lot because my experience is still low in this car, so when you have people like Ott and Thierry in the team you have to listen, and take in as much as you can because these guys have the best experience.

"To work with the current [drivers' and manufacturers'] world champions is something unique.

"You approach every rally like a sponge - you try and take in all the information you can and use it to your advantage. Part of the plan is to learn as much as possible.

"The guys in the team are very open, between the engineering team and the drivers, so for sure I hope to learn a lot."