Toyota has expressed satisfaction with the first test of the new Le Mans Hypercar it will race in next year's FIA World Endurance Championship.

The new LMH car, a name for which has yet to be announced, encountered only minor issues on its maiden run over three days at Paul Ricard last month, according to Toyota Gazoo Racing Europe technical director Pascal Vasselon.

"For a roll-out, the test went well overall," he said. "We could address some minor issues, as is normal with any new car, but we lost very little time and we were able to have a satisfying three-day test.

"We always anticipate as much as we possibly can in simulation before a roll-out and address as many issues in advance.

"This means that for the entire LMP1 era, our roll-outs have always quickly transformed into test sessions after addressing any initial issues."

He added that the four drivers present for the test on October 19-21 — Sebastien Buemi, Brendon Hartley, Mike Conway and Jose Maria Lopez — "all gave positive feedback in terms of how the car feels to drive".

Toyota's Japanese drivers, Kazuki Nakajima and Kamui Kobayashi, were not present at Paul Ricard because they were racing at the Super Formula round at Sugo the previous weekend with TOM'S and KCMG respectively.

The new LMH ran for the first time according to the revised schedule revealed by Toyota when the WEC abandoned its winter-series format and put back the start of the new season from September 2020 to March 2021 as a result of the COVID-19 health crisis.

The car had been due to run for the first this summer when the 2020/21 schedule began at Silverstone in September of this year.

Technical details of the new Toyota, including the configuration of its internal combustion engine, have yet to be released.

The rules for the LMH category limit total power output from the conventional powerplant and the front-axle hybrid system to 670bhp. This was reduced from the previous figure of 785bhp to bring LMH machinery in line with the LMP2-based LMDh cars against which they will compete possibly as early as 2022.

The Toyota LMH contender will share its styling with the road car based on the GR Super Sport Concept unveiled in January 2018. The show car was based on a Toyota LMP1 car, but the definitive road vehicle and the LMH contender are being developed side by side.

Toyota will field its TS050 Hybrid LMP1 for the final time in this weekend's 2019/20 WEC finale in Bahrain. The car, which first raced in 2016, is set to notch up a 19th WEC victory in the absence of any opposition in the top class.

The Bahrain 8 Hours will be shown live on Motorsport.tv this weekend. Click here for details. Some restrictions may apply. 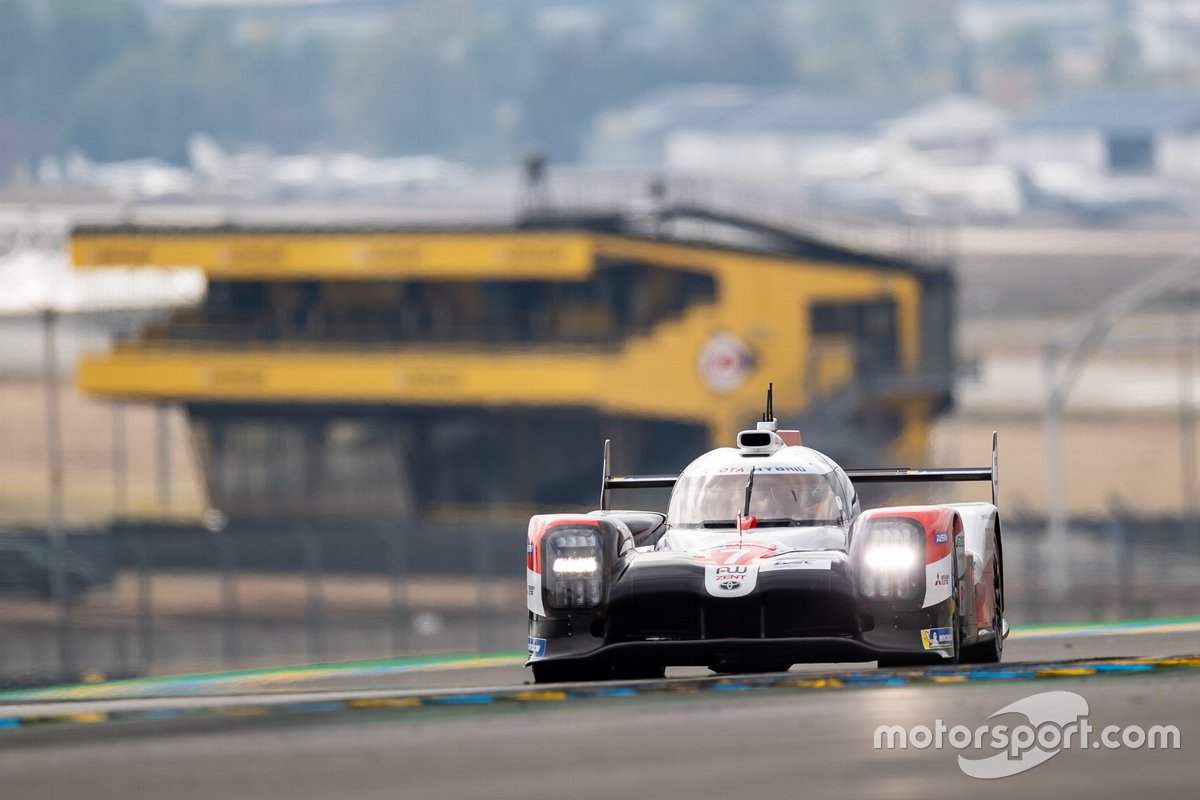