Thomas Laurent says he is still working to find a drive in sportscar racing for 2021 after missing out on a drive with the Alpine FIA World Endurance Championship team.

The French driver concedes that a return to the WEC, where he has raced since 2017, is now unlikely and says his primary focus is on securing a seat in the European Le Mans Series and the Le Mans 24 Hours.

Laurent was part of the Signatech Alpine squad in LMP2 for the 2019/20 WEC campaign, but was informed early last month that his services wouldn’t be required for the team’s step up to the top Hypercar division in 2021 with ex-Rebellion LMP1 machinery.

Nicolas Lapierre, Matthieu Vaxiviere and Andre Negrao were named as the three drivers for the solo Alpine A480-Gibson that will take on Toyota and Glickenhaus this season.

"We are still in discussions with some teams, and nothing is confirmed, but it was important for me to say that I want to race in the WEC or the ELMS," Laurent told Motorsport.com.

"People say they are interested but they want me to bring a budget. As a professional driver since three years ago, I can’t bring any budget. That’s the main problem at the moment.

“The situation is really tough, also because I’m on the market really late. I was in a good position to be with Alpine for the LMP1 project, and unfortunately they had to extend the sponsorship and they wanted more money.

“We thought it would have been possible, but at the start of January we got the call and we discovered that for this year it wasn’t possible.” 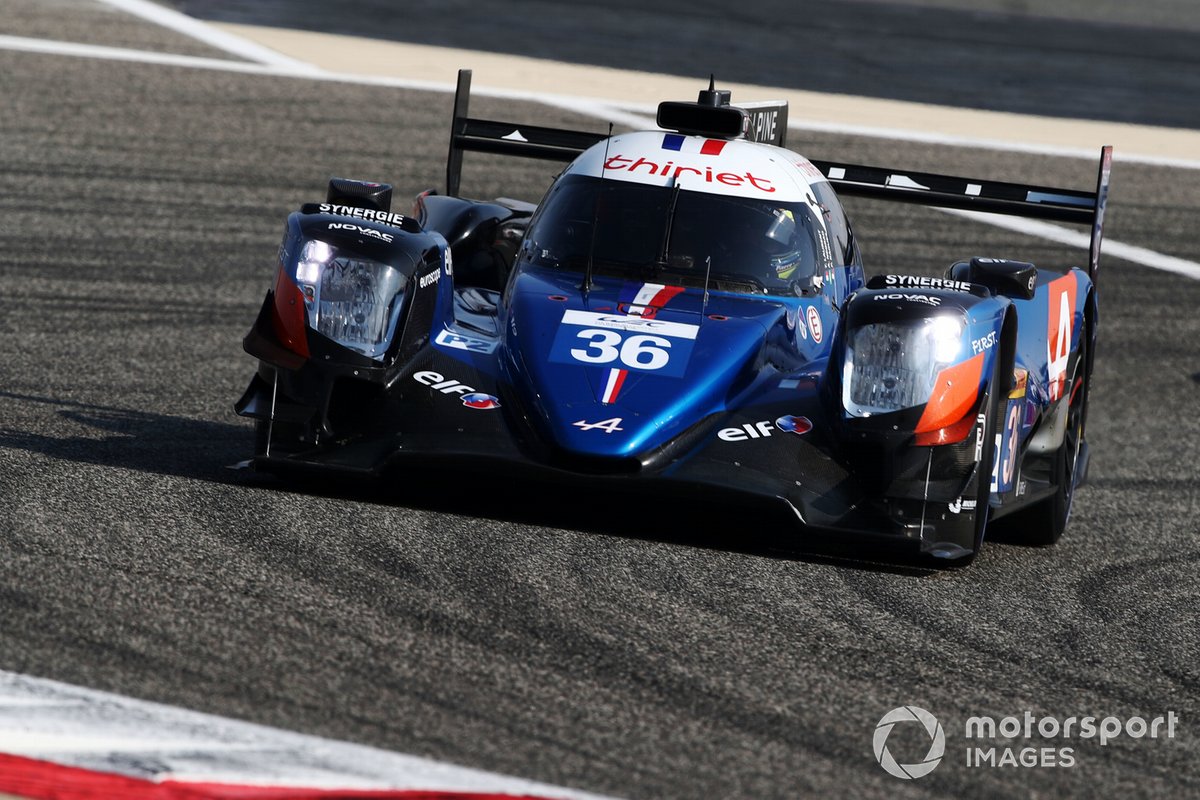 Laurent has had an unusual career, eschewing junior single-seaters altogether and racing LMP3 machinery in the Asian Le Mans Series after being plucked from karting by the Jackie Chan DC Racing operation.

He made his WEC debut in 2017 for the Chinese-flagged team, then run by JOTA, in the LMP2 ranks and was part of the crew that finished second overall at Le Mans that year, alongside Ho-Pin Tung and Oliver Jarvis.

Laurent then made the step up to LMP1 with privateer squad Rebellion Racing for the 2018/19 superseason, taking another Le Mans podium in 2018, before dropping back down to the LMP2 ranks with Signatech Alpine for 2019/20.

The 22-year-old added: “We spoke about the LMP1 project [with Alpine] during Le Mans [in September], and I was really up for it. They were as well; they were happy to have me in the team. It’s a shame it didn’t happen, but it’s like that.”

Laurent said his current driver rating of gold made his life harder, as well as the current glut of professional drivers on the market following the end of the SMP Racing and Rebellion LMP1 programmes, as well as several GTE projects.

“Sometimes I wish I was a silver, because for the moment it’s better to be silver than a gold,” he said. “A lot of gold and platinum drivers don’t have any programmes [for 2021] yet, so I am not the only one in this position.

“The problem is are a lot of GT drivers are on the market and they want to drive prototypes. Maybe an ex-factory driver is more attractive on paper than a pure prototype driver.”

Laurent was also engaged as Toyota’s LMP1 reserve driver during the 2019/20 season and had the chance to test the TS050 Hybrid in Bahrain in 2018.

He explained that he decided to end the relationship last year when it became clear that there was no immediate prospect of a promotion to a race drive.

“It ended for many reasons, mainly because I wasn’t able to be in LMP1 as a race driver,” said Laurent. “And with the LMDh and hypercar stuff coming, I didn’t know where my place was and I was scared to get stuck as a reserve driver for too long.

“But I really enjoyed being part of the team, I learned a lot with them. And who knows, maybe I can race with them in the future.”

Additionally, Laurent revealed he held talks with Peugeot about a potential drive for the 2022 WEC season, but ultimately was not among the six drivers selected.

“I had some contact with them, we had a phone call and a video call as well,” he said. “But it’s a bit too early for me to work together with them. We had a good discussion, I know where I have to work [on myself].

“As with Toyota, we stay in touch and we’ll see which other manufacturers are coming next for LMDh for 2023.”