Sophia Floersch is in talks with a number of LMP2 teams for the 2022 FIA World Endurance Championship season, with a move to both the title-winning WRT squad and newcomer Prema under consideration.

After a year learning the ropes in the European Le Mans Series with Richard Mille Racing in 2020, Floersch moved up to the world championship this year, continuing her association with the Signatech-run, all-female team.

Floersch and teammates Tatiana Calderon and Beitske Visser managed a best finish of sixth in an ultra-competitive LMP2 field, ending the year seventh in the class standings.

Prior to the Bahrain double-header that closed out the WEC season, the 21-year-old also made a one-off ELMS return at Portimao, bagging a podium finish in the Algarve Pro Racing entry she shared with Ferdinand Habsburg and Richard Bradley.

This earned her a WEC test outing with champion outfit WRT in Bahrain, where she went on to the top the times in the LMP2 class after an impressive lap of 1m50.870s.

With WRT aiming to expand to a second Oreca 07 following a successful maiden season in prototypes, opening up a vacancy for at least one-silver rated driver, Floersch says she has opened discussions with the Belgian squad regarding a 2022 LMP2 seat.

“Because the test was good, we are talking with WRT,” Floersch told Motorsport.com. “Nothing is fixed or signed or decided yet. There's mainly talks going on, but of course WRT is a really good option and a really good opportunity which I think every driver would wish to take.

"But it's not always about what a driver wants and thinks is the best. It always depends on many small things which need to fall into place. Such decisions in motorsport are very complex.

“We will hopefully see until Christmas what I'm going to do next year and with which team.” 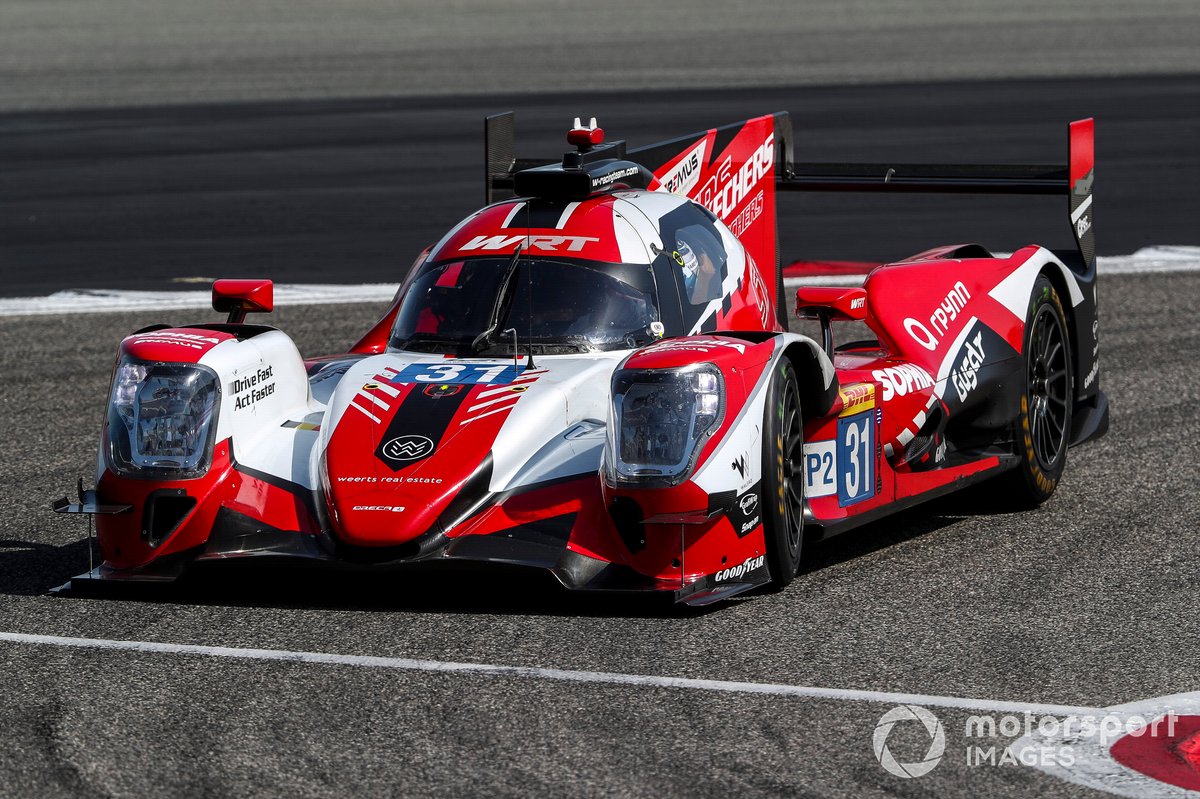 Floersch also got the opportunity to complete an LMP2 test for single-seater powerhouse Prema at Paul Ricard last month ahead of the Italian team’s WEC debut in 2022 in partnership with Iron Lynx.

Asked if Prema is also on her radar for next season, she added: “I know Prema of course from single-seater times, they are probably the best team in single-seaters and even if they are new to prototypes now, they will be there on a very good level next year.

“They also had to understand a lot but in the end there were some very good laps. It was really nice to work with them, really good engineers and really experienced ones, so it would be interesting."

While having entered into negotiations with other teams, Floersch says remaining with Richard Mille for a third season in LMP2 remains a possibility, as she continues to evaluate her options for 2022.

However, Signatech team boss Philippe Sinault recently admitted that the team could rejig its driver line-up next year, possibly moving away from an all-female crew.

“Richard Mille are continuing and they will probably do WEC again,” said Floersch. “I'm talking with two, three teams and we have to decide which one is the best option for me in all different ways.

“Of course Richard Mille is a very good option, I've been with them the past two years. [Owner] Richard Mille and Amanda [Mille] were the first ones giving me and [other women] the opportunity to race in a high-level championship and they are really motivated to bring the first woman on the podium in Le Mans. Motorsport definitely needs more people like Richard and Amanda Mille.

“I'm of course still in contact with them and they are of course a big and a very good option for next year so we'll have to see what will be decided in the end.”