Anthony Davidson will not take part in this weekend's season-opening FIA World Endurance Championship race at Silverstone due to pain from a lingering rib injury.

The ex-Formula 1 driver and Toyota LMP1 racer revealed to Motorsport.com that he sustained the injury in a go-karting crash some weeks ago.

It means his JOTA Sport teammates Antonio Felix da Costa and Roberto Gonzalez are set to compete as a duo in the Goodyear-liveried #38 Oreca on Sunday.

"It’s a bitter blow," Davidson said. "I’m driving around in a lot of agony out here, and the high g-forces of this circuit, combined with a new seat that I’m running here, it’s putting forces on my rib on the left-hand side that I can’t deal with.

"I’ve tried everything to try and get through it, but I think I’m going to have to admit defeat. I’m in too much pain, really.

"I’ve done everything I can. I was strapped up [in practice] this morning, with painkillers, and we modified the seat to try and relieve the area of impact, but it’s too much." 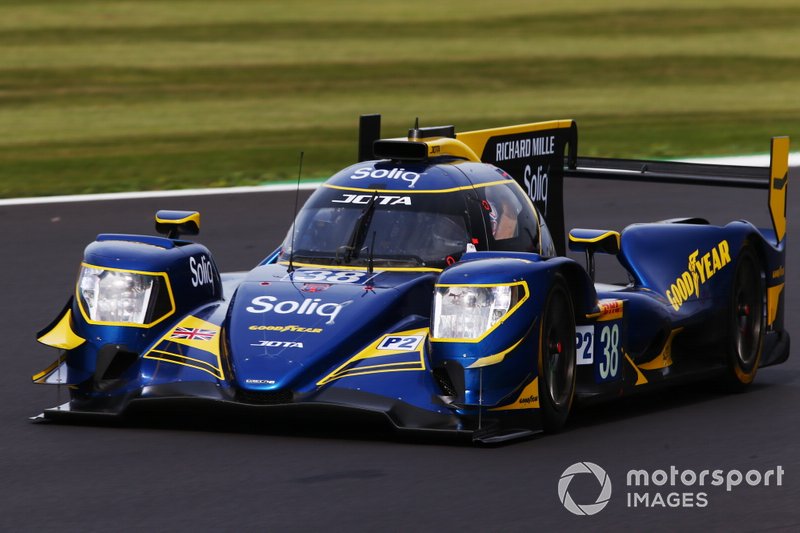 Davidson admitted that driving in last month's Prologue test at Barcelona made his situation worse and his attention has now turned to being fit for next month's Fuji round.

"The mistake I made was driving in the Prologue, which aggravated it further," he said. "Looking back, I shouldn’t have driven in the Prologue and prepared myself the best I could for this race.

"It’s gutting to not have a chance to drive the way I know I can drive, but I don’t want to compete like that. Now I have to turn my attention to Fuji, which is not that far off."

Da Costa was a late substitute in JOTA's full-season WEC line-up after Pastor Maldonado announced last week he was leaving the team.

Also heading into the Silverstone race with a depleted line-up is Cool Racing, after Alexandre Coigny suffered a crash at Brooklands during Saturday's European Le Mans Series race.

It means Nicolas Lapierre and Antonin Borga will race as a duo in Sunday's WEC event.

Toyota: Rebellion has pace to win at Silverstone