The #7 Toyota crew made an “important step“ towards winning the drivers’ title with a third successive FIA World Endurance Championship victory in Bahrain, according to Jose Maria Lopez.

Lopez, Mike Conway and Kamui Kobayashi cruised to a 50-second victory in the penultimate round of the season last weekend, having managed their tyres in the sweltering sun and avoided the pitstop issues that plagued the sister #8 GR010 Hybrid of Kazuki Nakajima, Sebastien Buemi and Brendon Hartley.

The result gives the trio a healthy 15-point lead in the championship heading into this weekend’s final race, which also takes place in Bahrain, and the chance to complete the Le Mans/title double for the first time in the WEC.

With bonus points on offer in Bahrain, Lopez admits that the championship is far from decided, but does believe that he and his teammates are now in a strong position to add to their 2019/20 title glory.

“Starting with the stint, we were a bit penalised with the full course yellow, just by a few seconds,” he said after the race.

“[From there on] it was all about tyre management. We didn't really know [how long they would last] with that kind of temperature. So far we were doing just 15 laps in a row in practice.

“In my stint in the beginning I managed [the tyres] a bit too much but that helped me definitely for the second stint when I could pull out again a gap and give it to Kamui after which he kept pulling out. So it was a smooth race, no mistakes from the team.

"I am very happy with the victory, it's very important for the team and individually as well for the drivers championship, it gives us a good lead. Still a long way to go, eight hours, but it's a very important result for us.” 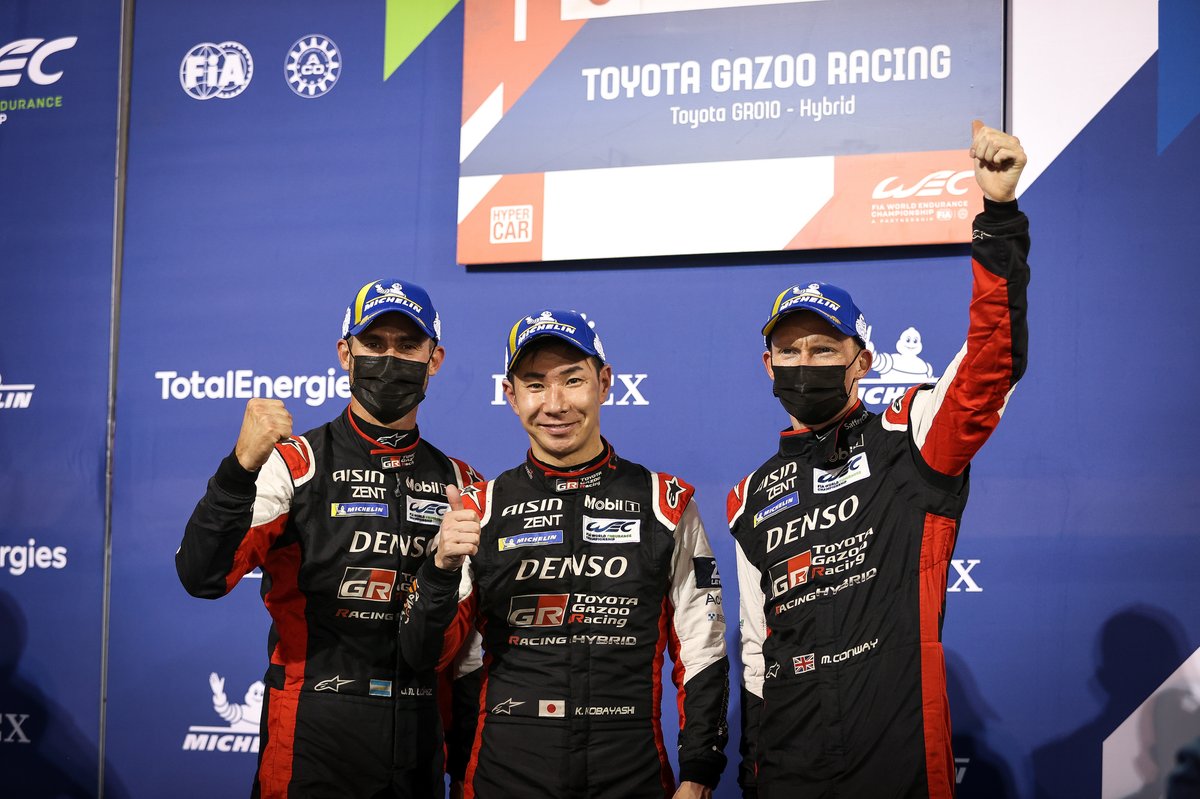 The two Toyotas swapped positions a number of times during the opening third of the race before the #7 car established itself as the clear leader, securing a third consecutive victory in the Gulf nation after their double success in the 2019/20 season.

While the #8 crew did lose 17 seconds due to a slow pitstop, it was tyre management that made the difference over the course of six hours, as ambient temperatures peaked well over 30C during the daytime race - a departure from the usual twilight schedule that will return for this weekend’s finale.

Conway said he wasn’t sure how long the tyres would last going into the race and believes he and his teammates Kobayashi and Lopez would “have to work hard” to convert their points lead into a title win.

“There were a lot of unknowns [going into the race]. We had never taken a set of tyres that far into [a stint] in practice," said the Briton.

“It was just a case of managing it from the start and it seemed to work out pretty good. Towards the second stint we seemed to really have the advantage.

“But great job by all the crew, my teammates Jose and Kamui, solid job all day and it's good to get the win, for the team championship also, and extend our lead as well. But still all to play for next weekend, so we still have to work hard to clinch it next weekend.”