The bronze-rated Texan driver will stay aboard TF's #33 Aston Martin Vantage GTE for a second campaign in the GTE Am class, albeit as part of a modified driver line-up.

That follows Dylan Pereira's promotion from silver to gold status for 2022, with GTE Am rules requiring each team to run one bronze- and one silver-rated driver apiece.

Keating, Pereira and Felipe Fraga are second in the standings ahead of this weekend's Bahrain 8 Hours season finale, having won their class last weekend in the six-hour race at the same track.

“Clearly, TF Sport run a great team and the Aston suits me pretty well," said Keating. "I look back at this year and feel like we could have had wins in three other races. It is still my hope to win the championship, but if we don’t, then it will definitely be the main goal for 2022.” 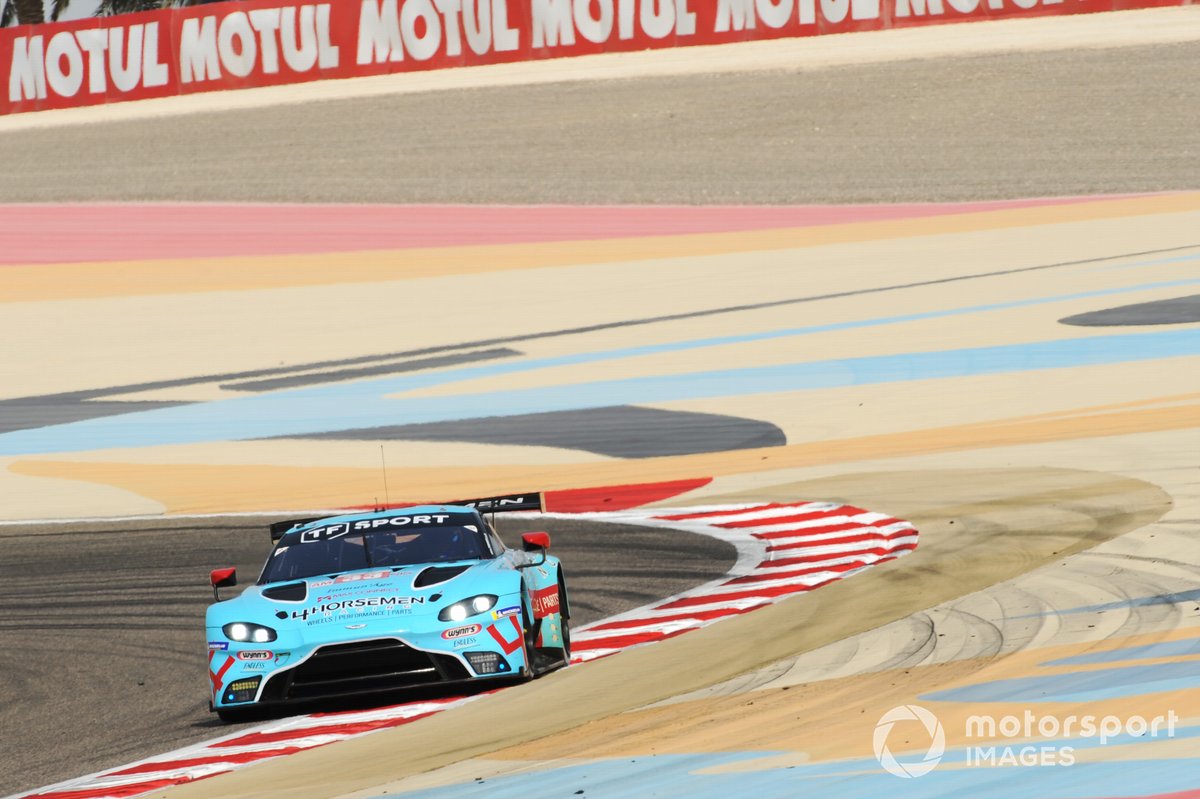 Keating, 50, first joined the WEC full-time for the 2019/20 season with the Project 1 Porsche squad, finishing sixth in the GTE Am standings alongside teammate Jeroen Bleekemolen.

He has made seven starts in the Le Mans 24 Hours in seven different cars, provisionally winning the GTE Am class in 2018 in a self-entered Ford GT only to be disqualified post-race for a fuel tank infraction.

His best result at La Sarthe is the second place that he, Pereira and Fraga earned this year, with the 2022 race set to mark the first time Keating drives the same car at Le Mans two years in a row.

Team owner Tom Ferrier added: “It’s fantastic to have Ben back. It is clear to everyone that he is a stand out driver. Another year working together and I am confident we can win both the World Championship and the world’s biggest race.”

As well as the WEC, Keating has also raced in the IMSA WeatherTech SportsCar Championship's LMP2 division for PR1/Mathiasen Motorsports this year, sharing a cockpit with future Peugeot hypercar driver Mikkel Jensen. The pair are on course to clinch the class title in this month's Petit Le Mans season finale at Road Atlanta.