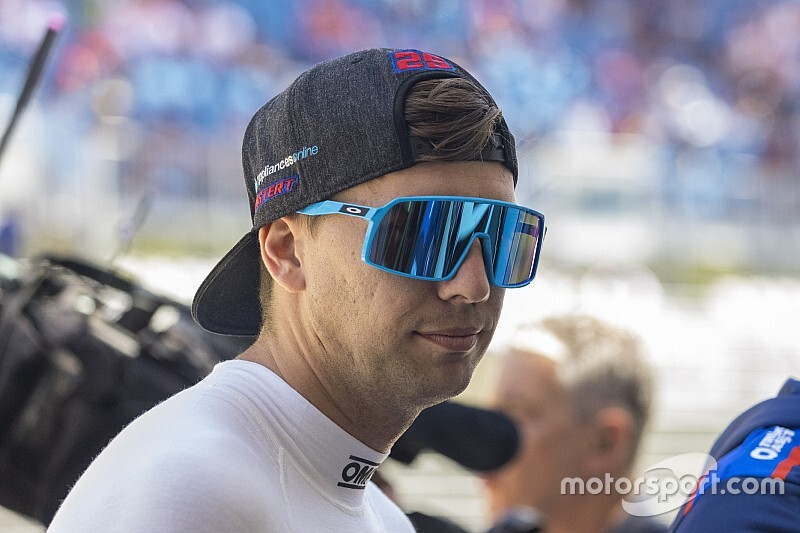 Ryan Walkinshaw believes the opportunity to build a winning team from the ground up is what helped Walkinshaw Andretti United secure Chaz Mostert for the 2020 Supercars season.

Mostert was the centre of attention during the silly season, with a number of teams showing interest in signing the off-contract Bathurst winner for 2020.

DJR Team Penske was long considered the front-runner for Mostert's signature, until mid-way through 2019 when it became clear a shock move to Walkinshaw Andretti United was on the cards.

In the latest episode of the Below the Bonnet podcast, WAU director Walkinshaw explained how his team fended off stiff competition to sign Mostert.

According to Walkinshaw, one key factor was the promise of a job for Mostert's engineer Adam De Borre.

The other was the opportunity to help turn the team back into a winner, similar to what Scott McLaughlin did at DJRTP.

"So it was him and Adam, or we're not interested. We'll go and find someone else.

"I won't go into which teams were chasing him, but if you look at [those teams], they already had a pretty strong engineering set up. And one, or a couple, of successful drivers in their team.

"So – and you'd have to ask Chaz this, I hope I'm not speaking out of turn – one of the key drivers for him coming to us was that we explained to him that Scott McLaughlin going to DJR Team Penske was the turning point for that team. They built a team around that driver.

"We explained to him, 'you're going to come to our team, be the lead driver, and we'll build the team around you'. We want you to be what Scott McLaughlin was for Penske.

"And that was big for Chaz. He didn't want to be another guy jumping in a car that was already fast, and everyone is sitting there saying 'you're only going fast because that car was already fast and you have good engineers'.

"He wanted to be a part of something and grow something big. The reward for doing that is significant.

"Coming into a team and progressing that team forward, and being part of that growth and success, I think would mean a lot more to some people."

Walkinshaw also revealed that the plan to sign Mostert was years in the making.

"Two years ago I spoke to Chaz's ex-manager Dave Ellis," he explained.

"We were having a beer and I said 'when is Chaz off contract?' He said 'he's still got a bit to go', and I said 'I'm going to make sure that Chaz is driving for my team in two years time'.

"He said 'I'm not sure that will be possible', and I said 'no, no, I'm telling you. I'm going to get Chaz in my team in two years time'. He sort of laughed about it and had a few more beers.

"We kept talking about it, and it's funny how it evolved.

"I've known Chaz for a long time. I spoke to Chaz when he first started, when we were looking for a driver for the Supercheap car. We spoke to a few drivers and at the time Chaz was one of them. I think it was just before he went to Tickford, when he was doing his DJR stint.

"I always thought he was a pretty good guy and watched his career grow from there."