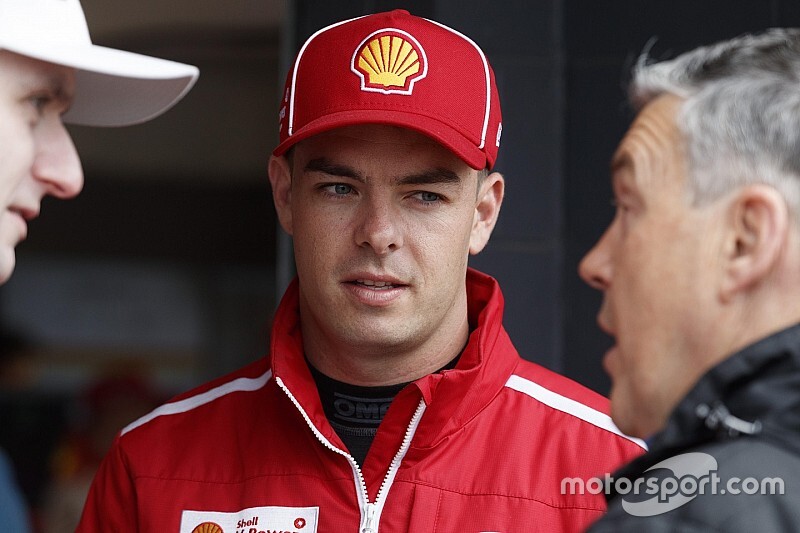 Scott McLaughlin says his title win hasn't been tarnished by a second wave of penalties to come out of the Bathurst 1000, but admits he 'kept a lid' on celebrations after sealing the crown at Sandown.

A ninth place from today's Sandown 500 was enough to put the 2019 title beyond reach, McLaughlin holding a 550-point lead over Shane van Gisbergen with just 300 points on offer at the season-ending Newcastle round.

However there were no raucous celebrations from the DJR Team Penske driver and his crew as he secured a second consecutive crown, the team opting to keep a low profile amid a fresh controversy from its recent Bathurst 1000 win.

It was confirmed this morning that McLaughlin's Bathurst qualifying engine failed post-event technical checks, the engine exceeding the maximum valve lift by 0.0025 inches.

As a result he was stripped of his pole and his record-breaking Shootout lap, while the team was fined $30,000.

It follows the Fabian Coulthard go-slow order that earned the team a $250,000 fine, $100,000 of which is suspended, for an Obligation of Fairness breach.

While unfortunate in their timing, McLaughlin maintains that the penalties won't take any shine off his second title.

"Nope. I don't care what anyone else thinks," he said.

"I'm proud of what we've done as a team. There's always conjecture, and basically I think the majority of the people are upset about our year. And they have been from the start when we started winning.

"Whatever. We push on as a team.

"Off-track it's been political. Unfortunately for the sport it's been like that all year.

"We're just going to have to push on and fight them off, because I think we've fought off a lot this year. And I think we've done a good job to stay together as a team."

McLaughlin did, however, admit that the timing of the latest penalty prompted a subdued reaction to sealing the title.

"I think we're all disappointed with the result. It's one of those deals, you've got to accept the stewards decision, whether you agree with it or not. A quarter of a sheet of paper is a pretty small amount...

"We'll celebrate. But we don't want to take anything away from Triple Eight and what they did today. We've got our time to celebrate in Newcastle, and bloody oath we will.

"For me it's awesome. It'll all sink in, how big it is. Right now I'm just keeping a lid on it, but I'm really proud. To win back-to-back is something that I'm very proud of, and my family is very proud of as well."

When asked if there will be any mid-week celebrations, McLaughlin added: "I'll just go with my friends, away from this toxic paddock."

Despite that claim of toxicity in the paddock, McLaughlin reckons he hasn't fallen out of love with Supercars over the course of a challenging season.

"I love it. I've turned a hobby into a profession and I really enjoy it," he said.

"But there are certain individuals that don't agree with what we do as a team, and what we stand for.

"We've worked very hard to build a great car after the [ZB] Holden came out and was a pretty sensational car last year, and we bounced back and had a big crack and, you know, it's landed pretty badly in their mouths.

"I'm proud of our guys. We've fought through and there's been a tremendous amount of changes on each car in the paddock and we've managed to go alright."