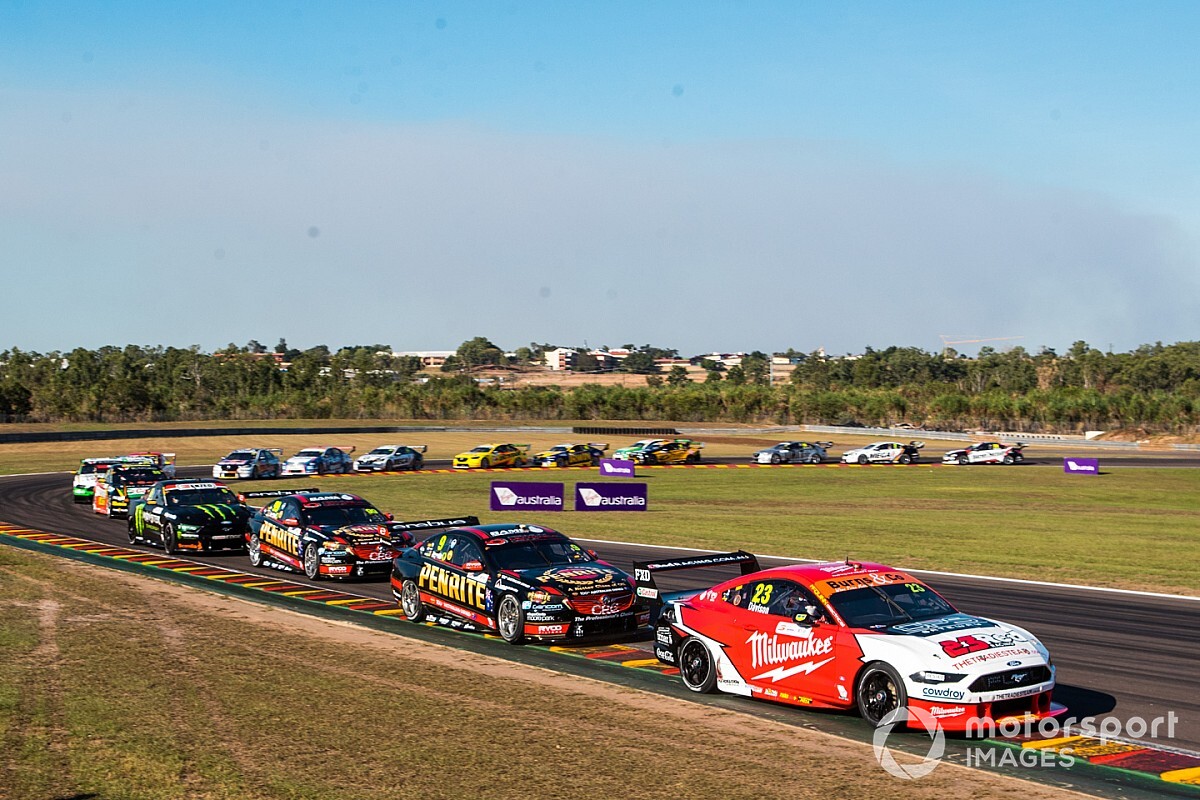 The format for the Darwin Triple Crown has been revamped ahead of the rescheduled event at Hidden Valley next week.

Traditionally, a driver is declared the winner of the Darwin Triple Crown if he’s able to achieve the triple feat of scoring pole position in the Top Ten Shootout and claiming victories in both races over the weekend.

Scott McLaughlin is the only driver to have won the Darwin Triple Crown trophy during its 21-year history, having swept last year’s event in his DJR Team Penske-run Ford Mustang.

However, thanks to the new sprint race format and new mixed compound tyre rules, Supercars will no longer use race wins or pole positions to determine the winner of the Darwin Triple Crown. Instead, the award will go to the driver who scores most points across the three 38-lap races over the weekend.

The new rule - which rewards consistency across both tyre compounds - means there will definitely be a Triple Crown winner this year.

“There will also be a new formula for calculating the winner, which means someone will definitely lift the trophy this year. The chance to see this does not happen very often – it has only happened once before, so don’t miss it.”

The changes to the Triple Crown format follow the introduction of mixed compound tyre rules, which have taken away the emphasis of race wins and led to calls for the return of a single round winner for each weekend.

The 'round winner' system was scrapped back in 2009 in favour of the current one race equals one round system.

The Darwin Triple Crown will take place on August 15-16, having been postponed by a week after the Northern Territory declared the City of Brisbane a coronavirus hot spot.

The declaration was revoked by NT on Friday night and the race will now go ahead next week.

Hidden Valley is due to host a double header this month, with the Triple Crown to be followed by a SuperSprint round, although the exact schedule for the latter event is yet to be announced.

The second leg could be held midweek - and possibly even under the lights -  to allow teams enough time to transport their equipment for the next round on August 29-30, which will be held 2500km away in Townsville.