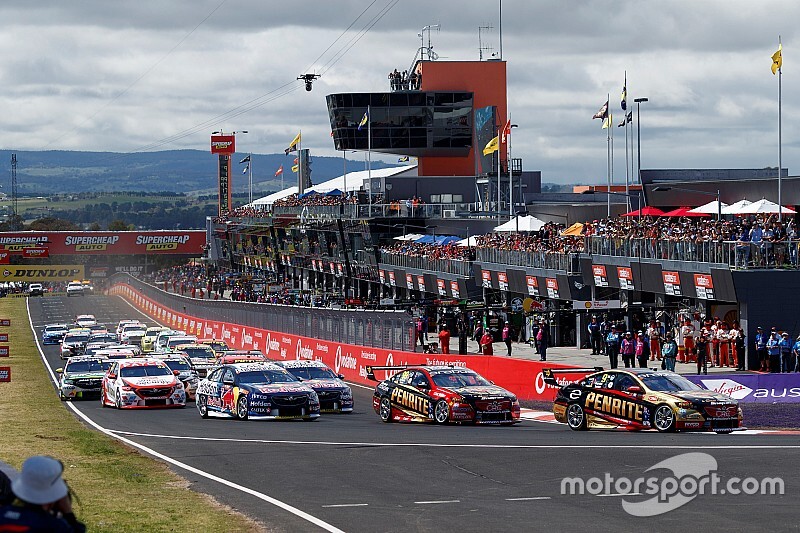 Top Supercars drivers are predicting that this year's Bathurst 1000 will be contested at a potentially record-breaking pace.

A new benchmark for the Great Race was set last October, Craig Lowndes and Steve Richards taking just 6h1m44s to complete the 1000 kilometres.

Key contenders are now hinting the record could fall again this year, with a stacked co-driver field and a non-existent title fight opening the door for a lightning quick race day.

According to Shane van Gisbergen a decreasing probability of safety car intervention is another reason to expect a flat-out Bathurst – which is why he's glad he'll have three-time 1000 winner Garth Tander with him.

"It’s going to be a crazy race and pretty fast-paced, I think," said van Gisbergen.

"There’s not many cars anymore, so less chance of a safety car. Last [year] we saw that and there was a big difference, the fastest race ever, and I think it will be pretty similar [in 2019].

"So having someone like Garth who can just slot in, especially being the first [endurance] race of the year... it’s going to be a fast race, flat-out the whole way."

Scott McLaughlin agreed that the pace will be hot, and, with no pre-Bathurst enduro, mistake-free co-driver stints could make the difference.

“I think it’s going to be a very fast race," said the runaway points leader. "I think it just gets faster and faster every year.

"It’s all going to really be about no mistakes, probably more so from the co-drivers I think. It’s a big ask, racing Bathurst straightaway but we’ve all got pretty decent [co-drivers] in that front pack and I think everything should be alright.

When asked if his own co-driver Alex Premat will be up to the task, despite not having a regular race seat, Mclaughlin added: “Yeah he’ll be right.

"He does the same thing every year and he’s got the most confidence you have ever seen. He’s a Frenchman, and they don’t lack any confidence those blokes, so he will come in and be alright."

While van Gisbergen is predicting little in the way of safety car action, Chaz Mostert says the lack of a warm-up enduro could add a "clumsy" element to the race.

"Normally everyone has the Sandown [race] to build up to Bathurst, all the crew and that kind of stuff, so I think it might be a clumsy race.

"But, like the boys have said, it’s going to be fast as well."

"There’s a lot of guys that obviously the championship has gotten away from this year, so if you win Bathurst, it’s the one that kind of erases the memory of your championship," he said.

"It’s the one you want to win if you can’t win the championship, so there's going to be a lot of guys going gung-ho.

"Scotty is in a position where he has got enough points to be going gung-ho, so it’s going to be on for young and old."