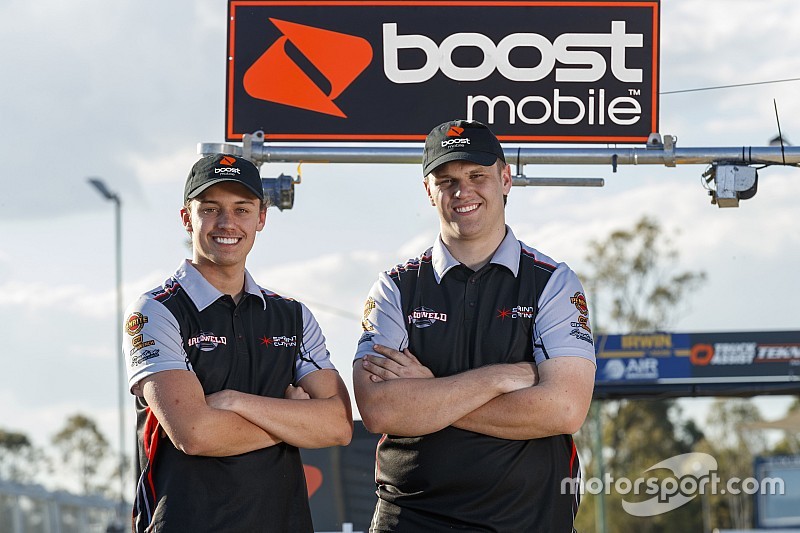 Boost Mobile will back the Kostecki Brothers Racing wildcard entry at this year's Bathurst 1000.

KBR has confirmed that it will field a Triple Eight-built ZB Commodore at all three Supercars endurance races this year, with cousins and Super2 regulars Jake and Brodie Kostecki behind the wheel.

Brodie has already cut his 2019 Super2 programme short ahead of the enduro campaign, with his car currently undergoing the transition from VF to ZB spec.

The family-run squad has now locked in backing for the first and biggest of the three races, with Boost Mobile coming on board for the Bathurst 1000.

Brodie and Jake Kostecki have also been named Boost Mobile ambassadors, along with Jake's brother Kurt who races for Triple Eight in Super2.

The deal adds to Boost's significant sponsorship spend in Supercars, which includes naming rights backing at Garry Rogers Motorsport and a personal deal with Macauley Jones.

“We first met the Kosteckis after Paul Morris introduced us in Adelaide early this year and they mentioned their desire to compete in the Great Race.

"What was impressive was, they not only are great drivers and a great group of guys, they also set up the cars and are a big part of running their own team.

“We hope the fans appreciate our continued support of motorsport in Australia and they all get behind the Kostecki boys as they take on The Mountain come this October."

Brodie Kostecki added that it's currently all hands on deck as the team prepares for the 1000.

"We’re really pumped to have Boost Mobile on the journey with Kostecki Brothers Racing for the Bathurst 1000," said Brodie Kostecki.

“All three of us are working full-time at Kostecki Brothers Racing preparing the car for Bathurst. I’m doing a lot of the suspension work, Kurt is doing a lot of the conversion of the VF to ZB and Jake has been flat out on logistics and helping put this awesome deal together with Boost Mobile.

"Overall it’s a full family affair and we’re tracking along nicely in preparation for the 1000 in October."