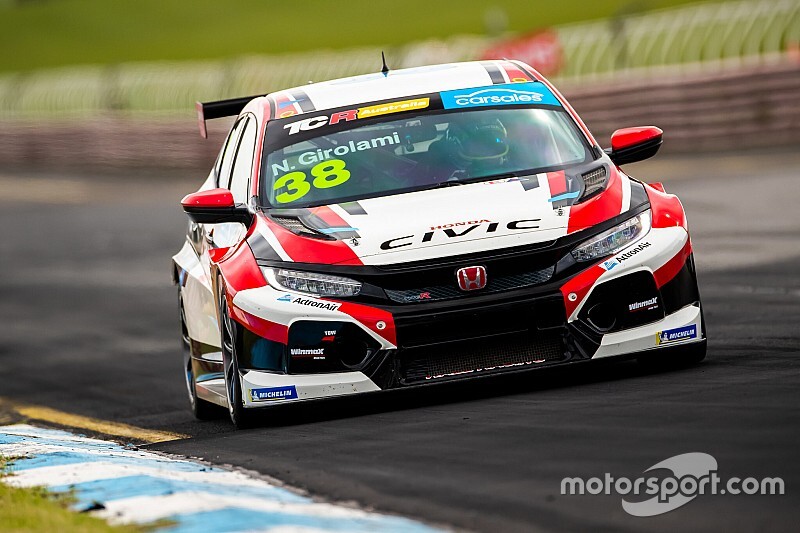 The practice pacesetter had an awkward start to the session, a mistake at Dandenong Road eight minutes in resulting in a trip through the gravel.

But his recovery was swift, the Argentine going quickest on his very next lap with a 1m15.156s.

His next lap was quicker again, a 1m14.586s stretching his advantage.

Wall Honda teammate John Martin did close the gap to 0.01s with a couple of minutes to go, Girolami responding with a remarkable 1m13.963s on his final run to grab pole.

"It was a scary qualifying, I made a mistake and locked a front. After that I adjusted my brake bias and tried to do a clean lap."

Supercars ace Andre Heimgartner (Kelly Holden) grabbed second at the flag, albeit more than three tenths shy of the polesitter.

Martin slipped back to third, points leader Will Brown (HMO Hyundai) set to join him on the second row.

Brown will start with a five-place advantage over chief title rival Dylan O'Keeffe, the ASM Alfa driver just ninth quickest in that session.

The first race kicks off at 1:10pm local time.

Watch all the Sandown TCR Australia action live and free from anywhere in the world thanks to Motorsport.tv.