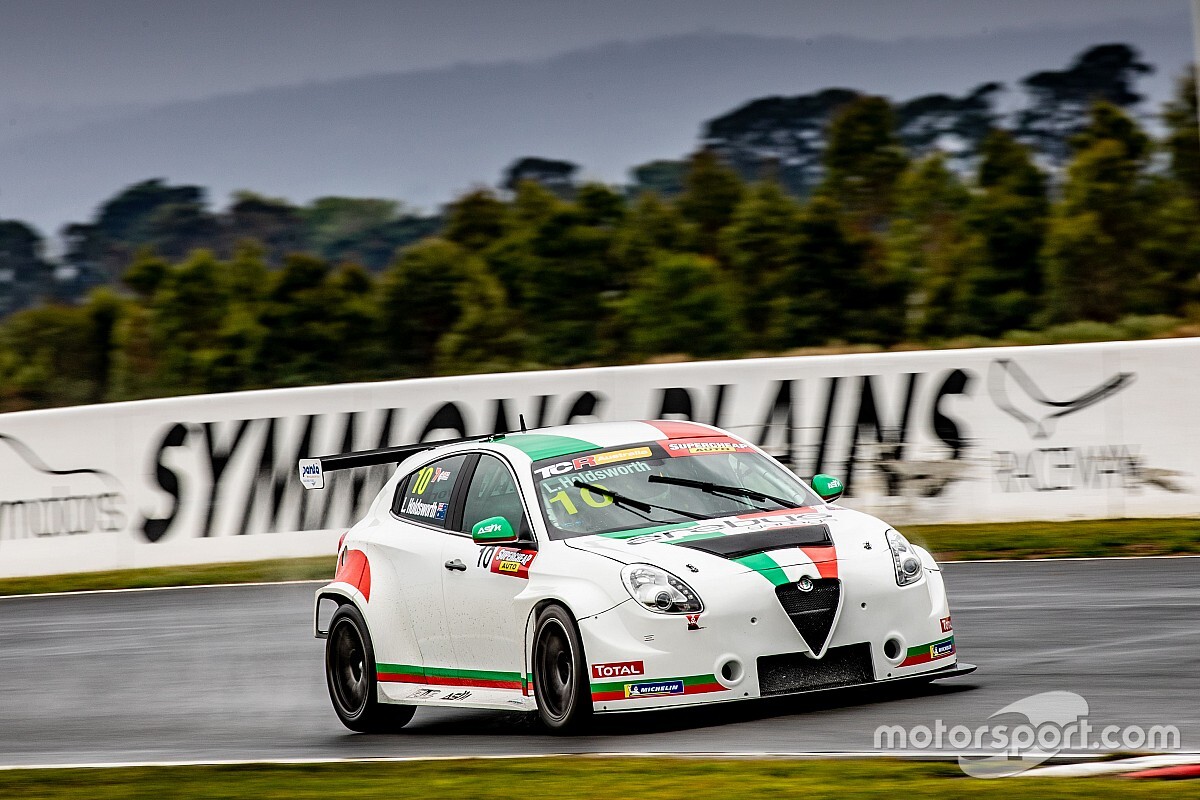 Both Holdsworth and his Ash Seward Motorsport teammate Jay Hanson are in action at the Tasmanian circuit today, ahead of the opening round of the 2021 TCR Australia season there later this month.

For Holdsworth the test marks his first taste of TCR hardware, following his 15-year stint at a Supercars full-timer.

Despite wet conditions, Holdsworth says he's already been able to learn a lot about the front-wheel-drive car as he prepares for a full season campaign in the series.

“The Alfa is really fun. I’m having a ball inside the car while I get my head around it,” said the three-time Supercars race winner.

“The differences between a Supercar and TCR car are pretty significant – going from rear-wheel-drive to front-wheel-drive. You can’t really influence the turn of the car with throttle like I’ve been used to.

"It’s a new challenge and a new way of thinking.

“The Alfa has amazing braking capabilities. It’s good fun with the paddle shift too, so I’m really enjoying it and becoming to get more comfortable, despite the weather.”

A star-studded line-up is coming together for the TCR opener, with Holdsworth joined by the likes of recent Bathurst 1000 teammate Michael Caruso and current Supercars front-runner Chaz Mostert.

The opening round will take place between January 24-26 and can be watched live and free via Motorsport.tv.