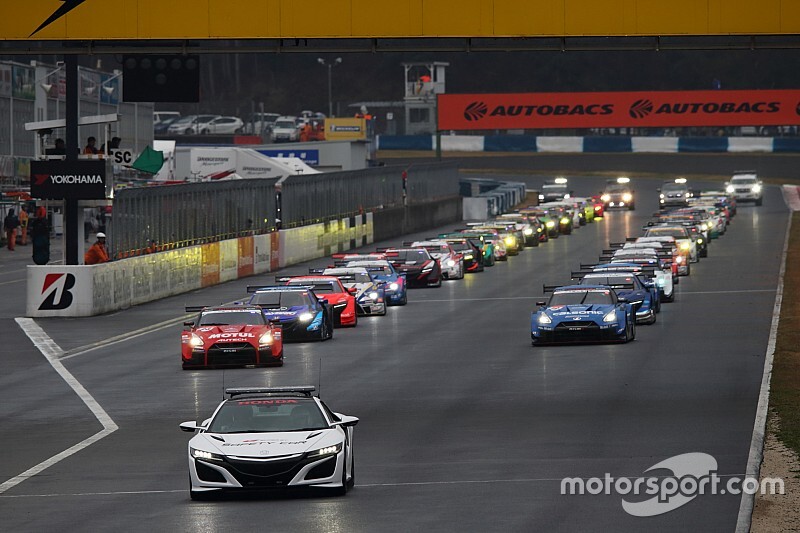 SUPER GT chairman Masaaki Bandoh says the series remains confident of being able to stage the opening round of the 2020 season at Okayama next month on schedule.

With Japan's other leading domestic championship Super Formula opting to postpone its Suzuka curtain-raiser amid the global coronavirus epidemic, SUPER GT's opening round of the season on April 11-12 was likewise thrown into doubt.

The series decided to press on with plans to hold the first test of the pre-season at Okayama this weekend, but with no spectators allowed.

On Thursday, two days before the test is due to begin on Saturday, Bandoh provided an update on the situation, saying that it was preferable to hold the test behind closed doors than cancel it altogether, hinting a similar approach could be taken for the race.

"We wanted to hold it [the test], not to cancel," said Bandoh. "For that reason, we will test with no spectators. Based on the results there, we want to take the next step.

"Instead of cancelling it, we thought about how we could proceed with the event. For this reason, we apologise for the inconvenience [of banning spectators], but we will create an environment for you to come and watch the opening round in April.

"We want to take things one step at a time and do what we can to hold the opening race. That meant holding the Okayama test with no spectators."

More than 600 cases of the COVID-19 virus have been reported so far in Japan, although the official total is no longer climbing as rapidly as it is in other countries.

Earlier this week, the release of certain types of tickets for the Okayama race was postponed, suggesting that public access to the paddock could be restricted.

Advance paddock and pitwalk tickets for the following race in Fuji during Japan's 'Golden Week' holiday, traditionally the busiest race on the SUPER GT calendar, are also unavailable to buy.

Super Formula has made no announcements about plans to reschedule its postponed opening round at Suzuka, nor the pre-season test that was due to take place this week.

However, it's understood that the Suzuka test is likely to take place on the weekend that had been reserved for the race, on April 4-5, two weeks ahead of what is now set to be the first round of the season at Fuji on April 18-19.

It's thought that the season finale at Suzuka on November 14-15 could be made into a double-header to keep the schedule at seven races.

No definitive word has been given on whether the second scheduled Super Formula pre-season test at Fuji will go ahead on March 24-25. The track is also set to play host to the second SUPER GT test on March 28-29.

Meanwhile, the first round of the new Super Taikyu season, due to take place on March 21-22 at Suzuka, has been officially rescheduled for November 21-22.