Aston had previously alluded to a change of tyre manufacturer after a difficult first season in the Japanese category using Yokohama rubber that failed to yield any top-10 finishes.

It also suggested it would loan D'station one of its factory drivers for a full season in the hotly-contested GT300 category as it looks to strengthen its presence in Asia.

AMR President David King said: "Our partner PACIFIC D’station Racing has put together a highly promising package that I expect to be able to compete at the front of the GT300 class in Japan.

"It’s a very important market for the Vantage GT3 to break into and as our customer team expansion continues around the world, I anticipate that success in Japan will help us to capitalise on the interest we are already seeing in the region.”

Danish driver Thiim will be making his SUPER GT debut this year, dovetailing the drive with his existing commitments in the FIA World Endurance Championship with Aston.

“Japan is one my favourite places to race,” commented Thiim. “We won the WEC round at Fuji last year, but also many of the circuits are a serious challenge for the drivers and the country is one of the best we visit.

"To be able to fight for a title in one of the most competitive GT series in the world with Aston Martin is an honour and a great opportunity. The Vantage GT3 proved how fast it is everywhere last year, and I think with this team we have a great chance to fight.”

Although D'station endured a tough year with its Vantage in SUPER GT, it enjoyed success elsewhere, notably picking up race wins in Super Taikyu and the Asian Le Mans Series.

It has also just constructed a new base located just outside of Fuji Speedway measuring approximately 2,600 square metres ahead of the 2020 campaign. 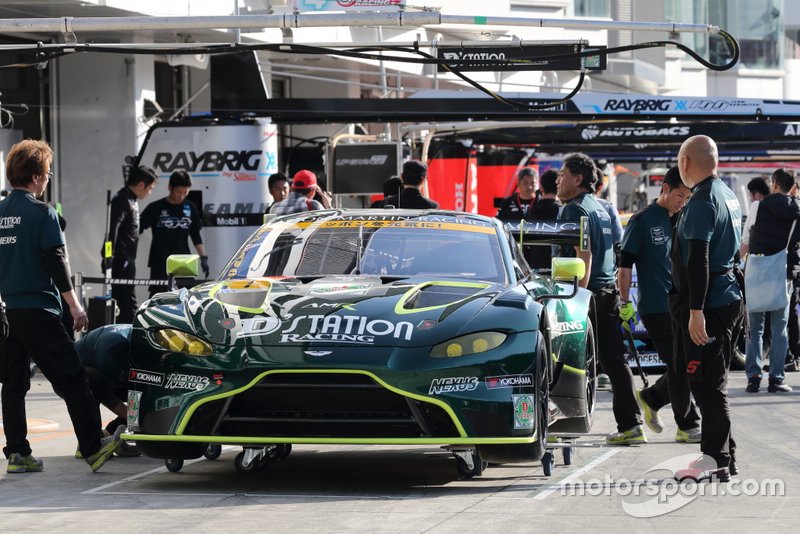 Honda has 'no excuses' with front-engined NSX-GT