Kenta Yamashita has still yet to score any points so far this year in Super Formula, and his Kondo Racing team is baffled by its loss of form. With only two races of the season left, is there any chance of turning the tide?

“Frustrating. Zero points… it’s crazy. I can’t believe it. And I don’t know why.”

Those were the words of Kenta Yamashita a few hours prior to last weekend’s Motegi Super Formula round, and his mood wasn’t much better after it.

That’s because following first-lap contact with Nirei Fukuzumi, Yamashita was slapped with a drive-through penalty that ensured that for a fifth race in a row he would finish outside of the points-scoring positions - prolonging what was already his worst barren run of his tenure in the championship.

It came one year on from his run to second place behind Ryo Hirakawa in last year’s Motegi season opener, and ever since then it’s been pretty much all downhill not only for Yamashita but the Kondo Racing team as a whole.

But the fact Kondo is also stuck on zero points will come as little consolation to a driver who has to rank as one of the most naturally talented drivers on the grid and as recently as 2019 went into the final round as a title contender.

Even from pre-season testing, there was no sign that a Kondo revival was imminent, as the #3 car was described as having "no grip" and "both oversteer and understeer". And after Yamashita qualified stone last for the Fuji season opener, this writer put it to the 26-year-old that the team seemed lost.

That’s a reference to the veritable brains trust Kondo can boast: Kazuya Abe, Yamashita’s current engineer, was the architect of Naoki Yamamoto’s first two Super Formula titles at Mugen, while Takuji Murata, a new addition to the Kondo camp for this year, took Hiroaki Ishiura to both of his championships over at fellow Toyota squad Inging.

Surely, I opine, Murata must have brought along with him some fresh ideas from Inging, which won two races last year with Sho Tsuboi, to help Kondo find a way to escape the doldrums.

“Murata-san tried using Inging’s set-up, but for us it doesn’t work,” was the typically straight-to-the-point response. So much for that, then. 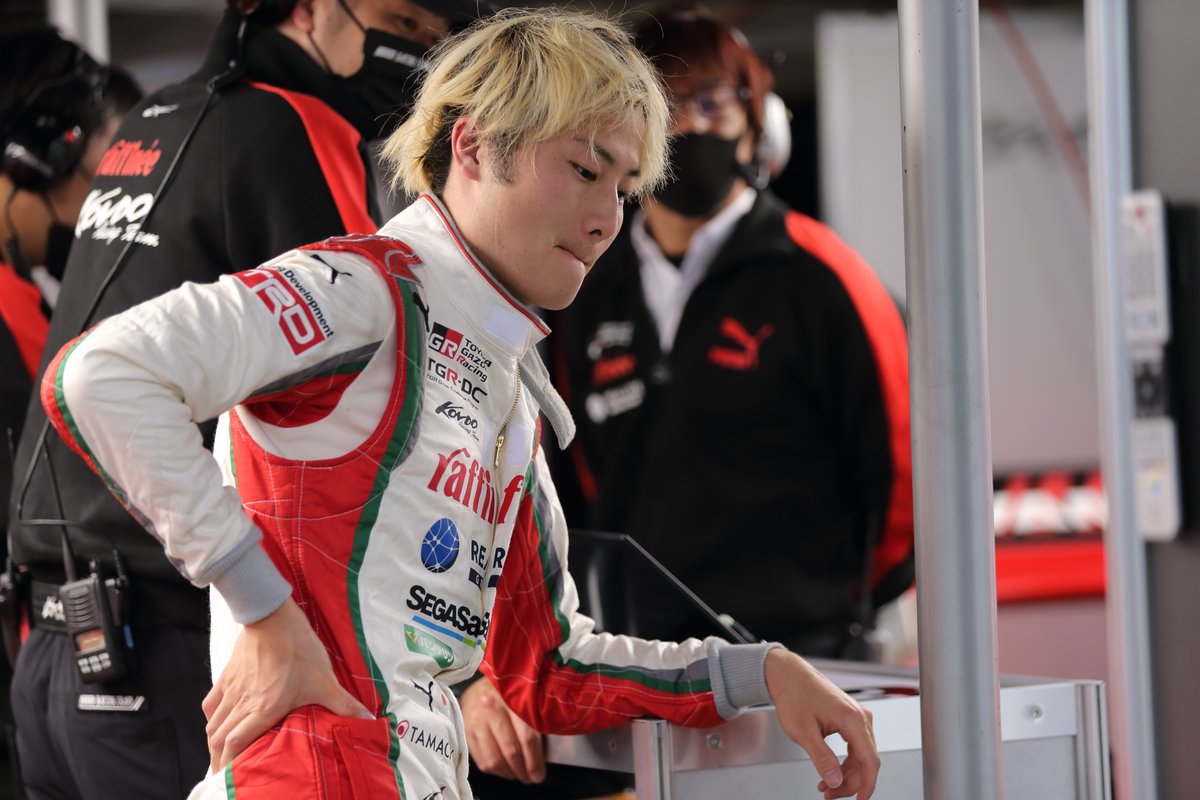 After 12th-place finishes at both Fuji and Suzuka (Autopolis was too wet to be representative of much), things seemed up at Sugo, where Yamashita qualified a season-high ninth and was within half a second of the pace in Sunday practice.

But this turned out to be a false dawn, as Yamashita laboured to his worst finish of the year in 14th as an overcut strategy failed to pay dividends.

“Practice in the morning was better than usual, but the problems are still the same as they’ve been all year,” he said on that occasion. “My first stint was so slow but the second stint was fast and I’ve no idea why.”

Of course, setting up the notoriously finicky Super Formula car, which is very sensitive to even the most minor change in conditions, is no easy task, and Yamashita is by no means the only driver to have underperformed this year.

Even Tomoki Nojiri, who is just half a step away from the title now after a commanding win at Motegi, hasn’t been without his troubles, qualifying down the order at both Autopolis and Sugo. It’s just that his rivals have been too inconsistent themselves to take any kind of advantage.

However, the need for a new chassis has been discounted for now. Yamamoto and Kazuya Oshima, Yamashita's teammate in SUPER GT, were both on fresh monocoques at Motegi and this didn't make much difference for either. 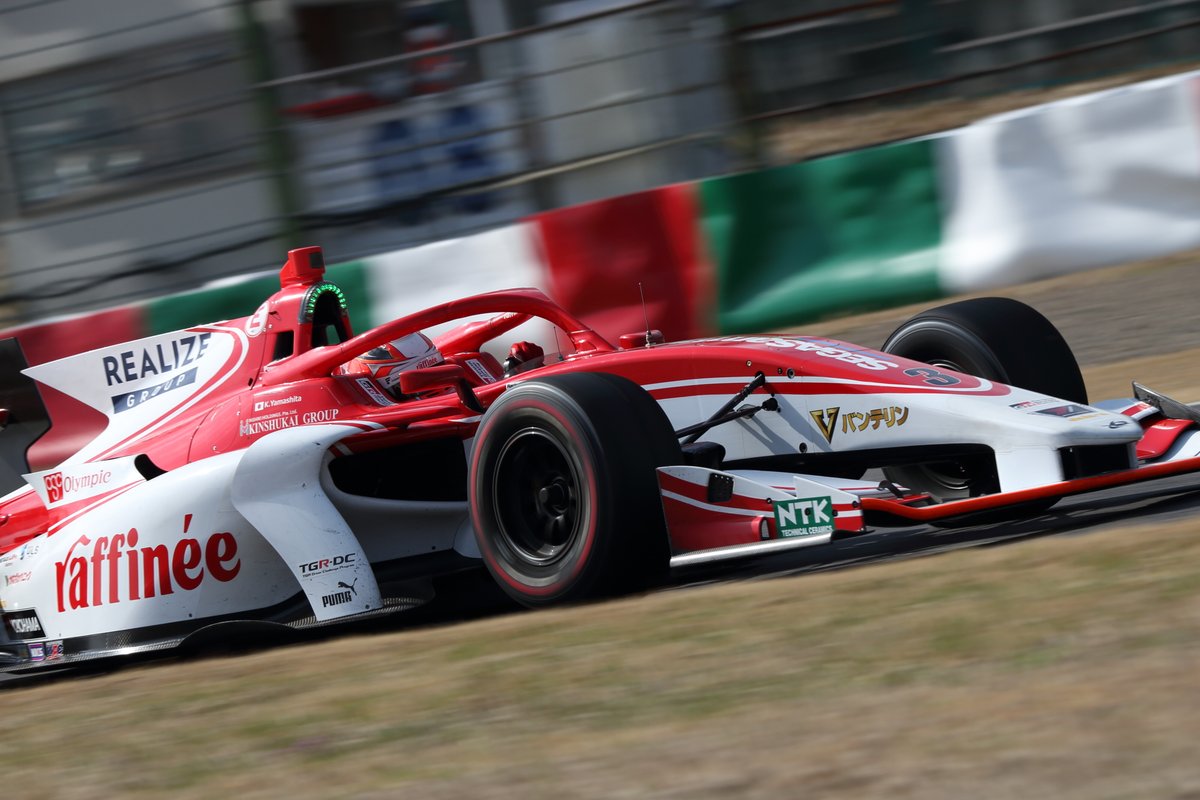 What’s not helping Yamashita’s cause in particular right now is the lack of a strong teammate to push him and help speed up progress in finding a positive set-up direction. That role was filled last year by Sacha Fenestraz, but since the Franco-Argentine has been unable to return to Japan because of visa issues, the second Kondo seat has been filled by Yuichi Nakayama.

No disrespect to Nakayama, who has proven a capable pair of hands in SUPER GT, but a driver who has managed a single points finish in 36 Super Formula starts probably isn’t the man Kondo needs alongside Yamashita at the moment, with Fenestraz looking likely to miss the final two races as well.

If there’s one reason to be optimistic for Yamashita, it’s that the next race also takes place at Motegi, allowing Kondo to carry over the set-up from last weekend and giving it more time to drill down into specific issues in what is now a very limited amount of track time - just 90 minutes each weekend prior to qualifying.

That may allow Yamashita the chance to build on what was looking like another reasonably solid weekend, which yielded 10th in qualifying (ninth on the grid after an engine change penalty for Ritomo Miyata) and the chance of some minor points until the first-lap prang with Fukuzumi.

Likewise, the final round takes place at Suzuka, and in late October conditions may not be too far away from what they were in late April.

“The feeling in morning practice was bad, so we changed the set-up a lot and that made it better, but we were still far from the top,” he said. “But until now we’ve been 12th or 13th, so being ninth doesn’t really change a lot.

“We improved a bit from practice to qualifying, so if we can do the same thing for the next race at Motegi, it might work out. But I just want to score points!”