Impul Toyota man Hirakawa set the day's best time of 1m04.745s in the closing stages of the afternoon session, in which a dry line emerged on the track after rain during the morning.

The winner of the last two races at Sugo, Naoki Yamamoto had been fastest for much of the afternoon despite being responsible the first of three red flags when his Dandelion Racing car's on-board camera cover fell off and required retrieving from the track.

Yamamoto posted a time of 1m05.552s after returning to the track with a fresh camera cover fitted, which stood as the benchmark until the closing stages of the one-hour session.

KCMG driver Yuji Kunimoto crashed at SP corner to bring out the red flags a second time, and when running resumed with 15 minutes left on the clock his teammate Kobayashi was among those to improve their times, going fastest on a 1m04.852s.

Moments later Hirakawa managed to go even faster to end the session 0.107s in the clear of Toyota LMP1 ace Kobayashi, who missed the previous race at Okayama.

Reigning champion Nick Cassidy was third-fastest for TOM'S ahead of Yuhi Sekiguchi (Impul), while Yamamoto's earlier time was enough for fifth, best of the Honda runners.

Sergio Sette Camara had a turbulent return to Super Formula action driving B-Max Racing's sole entry, causing a red flag with an off at Turn 3 early in the morning session.

The Brazilian debutant was 17th in the morning before improving to 13th in the afternoon, albeit causing another red flag with five minutes left after a spin at Turn 4, an incident that brought the day's running to a premature end.

Standing in for Tatiana Calderon at Drago Corse once again, Koudai Tsukakoshi was 14th fastest, while Ukyo Sasahara was 17th for Team Mugen ahead of what appears set to be his final race outing deputising for Red Bull junior Juri Vips.

Nirei Fukuzumi (Dandelion), fastest in the full wet conditions in the morning ahead of Fenestraz and Hirakawa, was only 18th-fastest in the afternoon, only ahead of Kunimoto. 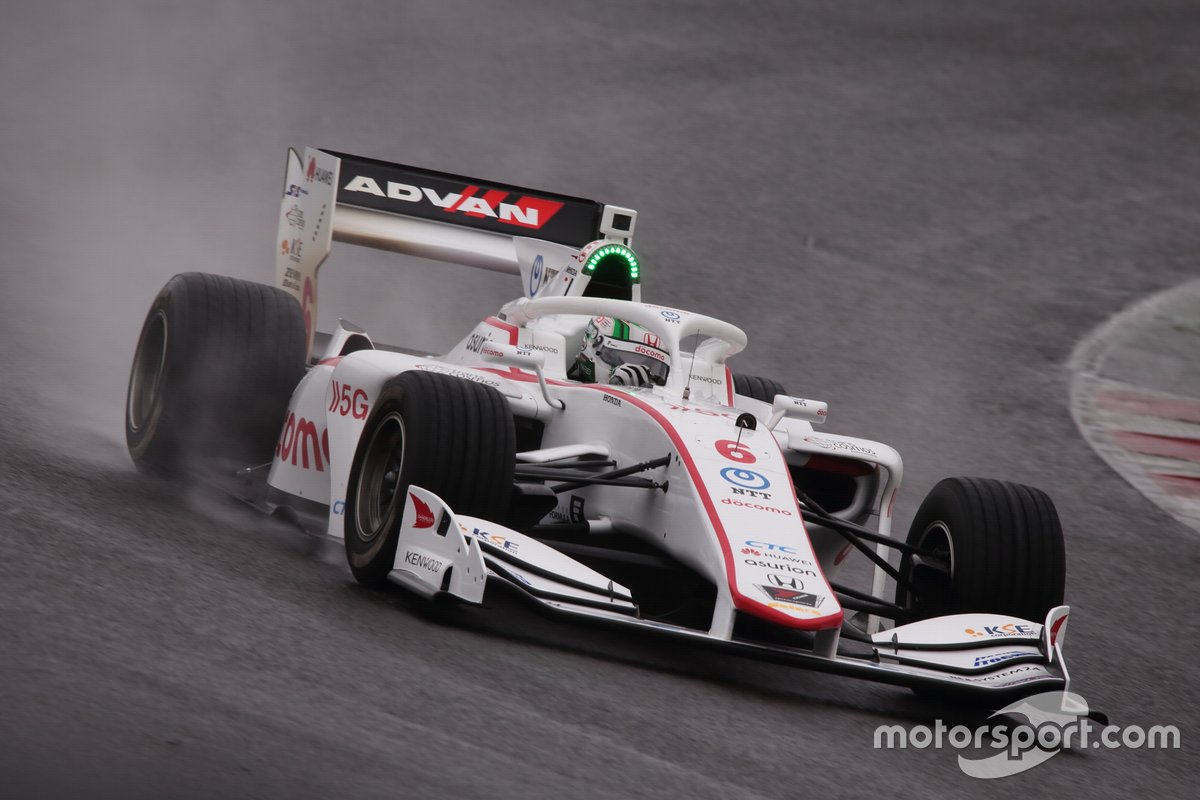 As per the first two races of the season, the drivers will be split between two groups in Q1 on Sunday morning, with nine drivers in Group A and 10 in Group B collectively fighting over 14 spots in Q2. The seven fastest drivers in each group will progress.