B-Max Racing driver Sette Camara lost the lead at the start to Ryo Hirakawa, who proceeded to build a small cushion out front as Sette Camara kept his pursuers Naoki Yamamoto and Cassidy at bay in the early stages.

That changed on lap 18 of 53, as Yamamoto passed the Brazilian driver heading into Turn 1, and later on the same lap TOM'S man Cassidy forced his way by at Horseback corner.

Sette Camara pitted at the end of that lap, but after a slow stop dropped him out of realistic podium contention he crashed on his out lap at Turn 4.

That brought out the safety car, prompting the leaders to all pit at the same time, and when action resumed on lap 28 Hirakawa led from Yamamoto and Cassidy.

But Cassidy was quickly on the move, dispatching Dandelion Racing rival Yamamoto at Turn 1 on the following lap, and on lap 31 the Kiwi repeated the move on his SUPER GT teammate Hirakawa to take a lead he would hold to the chequered flag.

Team Impul man Hirakawa still extended his championship lead with a comfortable to run to second, while Yamamoto claimed a first podium of the season in third place. 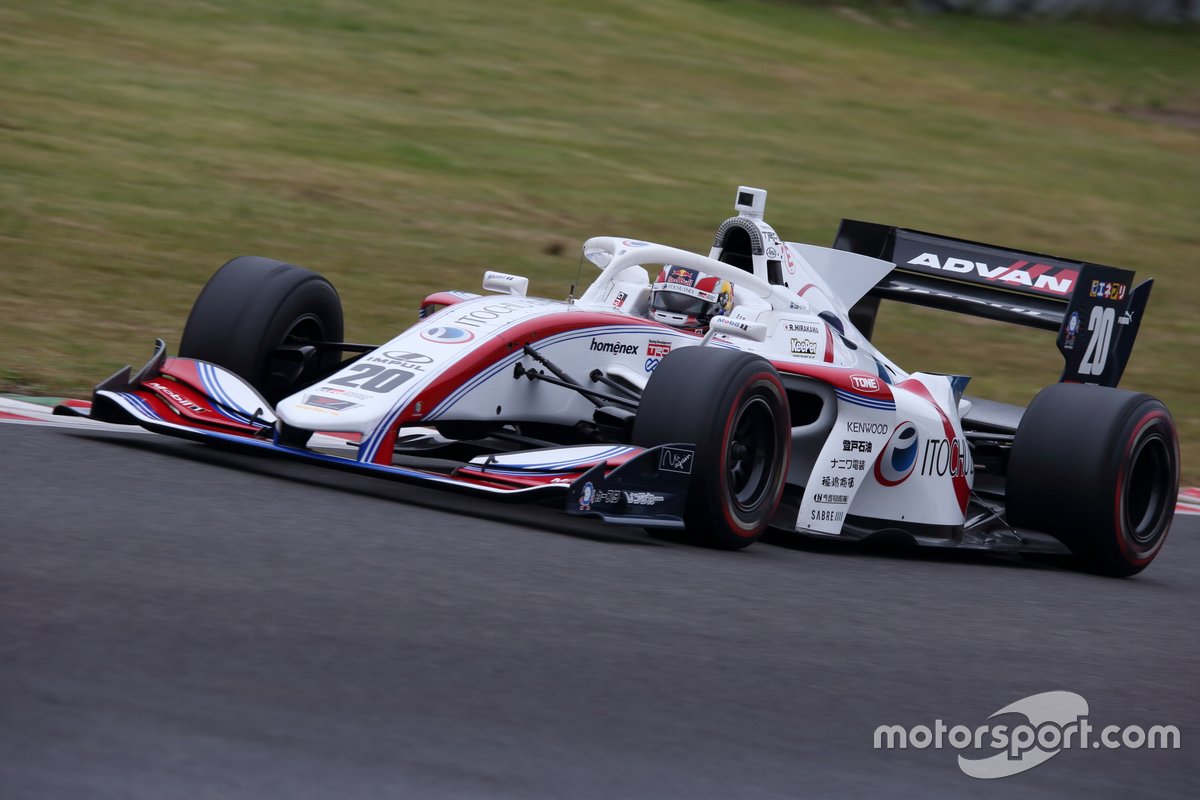 Tomoki Nojiri (Mugen) was a distant fourth ahead of Yuji Kunimoto (KCMG), who was one of several drivers to gain ground by pitting under the safety car.

Nirei Fukuzumi (Dandelion) claimed the final point in 10th, the best of the drivers to have stopped early before the safety car, after passing Yuhi Sekiguchi (Impul).

Okayama winner Sho Tsuboi (Inging) endured a low-key run to 13th, having also pitted before the mid-race caution, one place ahead of Kamui Kobayashi (KCMG).

Kazuki Nakajima (TOM'S) was 15th after making contact with a slow-starting Sacha Fenestraz (Kondo) at Turn 1, which put Fenestraz out of the race. Nakajima had to pit for a fresh front wing and was later handed a drive-through penalty.

Mugen's Ukyo Sasahara retired from what is set to be his final outing replacing Red Bull junior Juri Vips due to mechanical trouble, having been delayed in the Turn 1 melee.