Nobuharu Matsushita has hailed his B-Max Racing team for a "superb step forward" after scoring a first Super Formula pole position at Suzuka.

Matsushita beat Nakajima Racing's Toshiki Oyu to the top spot in the Q3 pole shootout by 0.182s to give one-car Honda outfit B-Max only its second series pole, and its first since splitting from previous partner squad Motopark.

It followed a troubled morning for Matsushita, who was only 14th-fastest in free practice after using a set-up carried over from the previous round at Motegi.

But changes made in time for the start of qualifying transformed the #51 B-Max machine, and Matsushita was eager to praise team boss Satoshi Motoyama - a four-time champion in Formula Nippon (pictured top with Matsushita) - and engineer Yasuhiro Tasaka.

"We were not in good shape in free practice, so as a team I thought things were not looking good heading into qualifying," said Matsushita.

"In Q1 in the dry at Motegi we were quick, but so I thought we should use an evolution of that set-up, but [in free practice] it wasn’t good at all. We tried various things and none of them worked.

"After practice, we decided ‘this must be it!’ and luckily everything started to click. The moment I left the pits and hit the track [in qualifying], I could tell the car felt different.

"We are a one-car team, so unlike the other teams we cannot compare data from two cars, so we are at a bit of a disadvantage. But we made a superb step forward, so I want to thank the team." 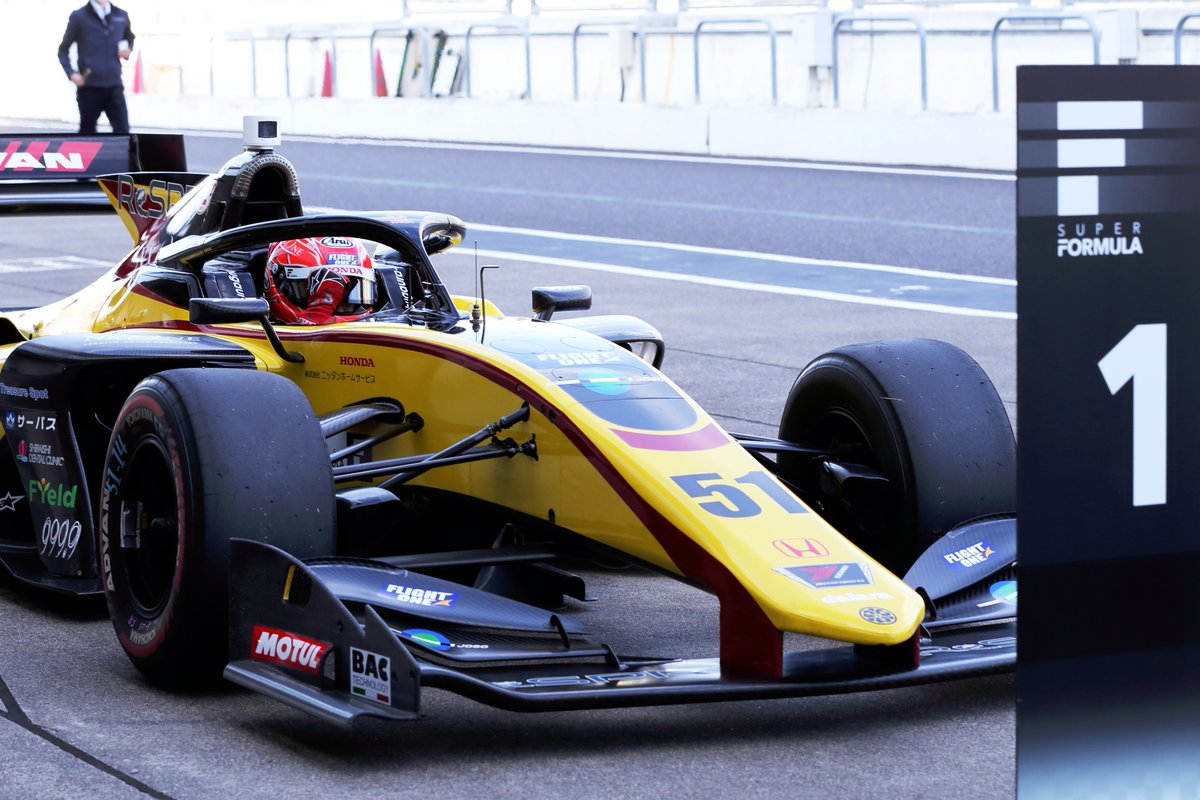 Pole at Suzuka puts Matsushita and B-Max in a strong position to claim a first Super Formula race win, as his season so far has been characterised by strong races from generally mediocre grid positions.

The ex-Formula 2 racer's only previous Q3 appearance this season was in the August Motegi round, where he qualified and finished third in a processional race.

"Starting from pole, it’s about keeping the lead into the first two corners, and then the rest is race pace," said Matsushita. "Suzuka is a tough track to overtake and if everything goes normally I don’t think we will be overtaken, but without letting my guard down I’ll confidently do the best I can."