Nobuharu Matsushita says the B-Max Racing Super Formula squad has "raised its standards" since its comeback to the series after scoring a shock podium from 13th on the grid at Autopolis.

Ex-Formula 2 racer Matsushita finished second on the road behind Giuliano Alesi during Sunday's rain-shortened race, but a five-second time penalty for a start procedure infringement dropped him to third.

Matsushita was forced to miss pre-season testing and the 2021 season opener at Fuji as Honda dragged its feet in giving its authorisation to B-Max to use its engine, but returned to the grid for round two at Suzuka.

After finishing 13th, he branded that race a "disaster", but at Autopolis he said the one-car team had made considerable progress in the three weeks since the previous round.

"Our preparations only started at the beginning of April, and the team structure was put together in a hurry," said Matsushita. "As expected, we had a disastrous result at Suzuka, but the team wasn't discouraged and didn't give up, and the team as a whole raised its standards.

"The mechanics also trained hard every day, and although we didn't make any pitstops this time, I am confident [about having a smooth pitstop] for the next race." 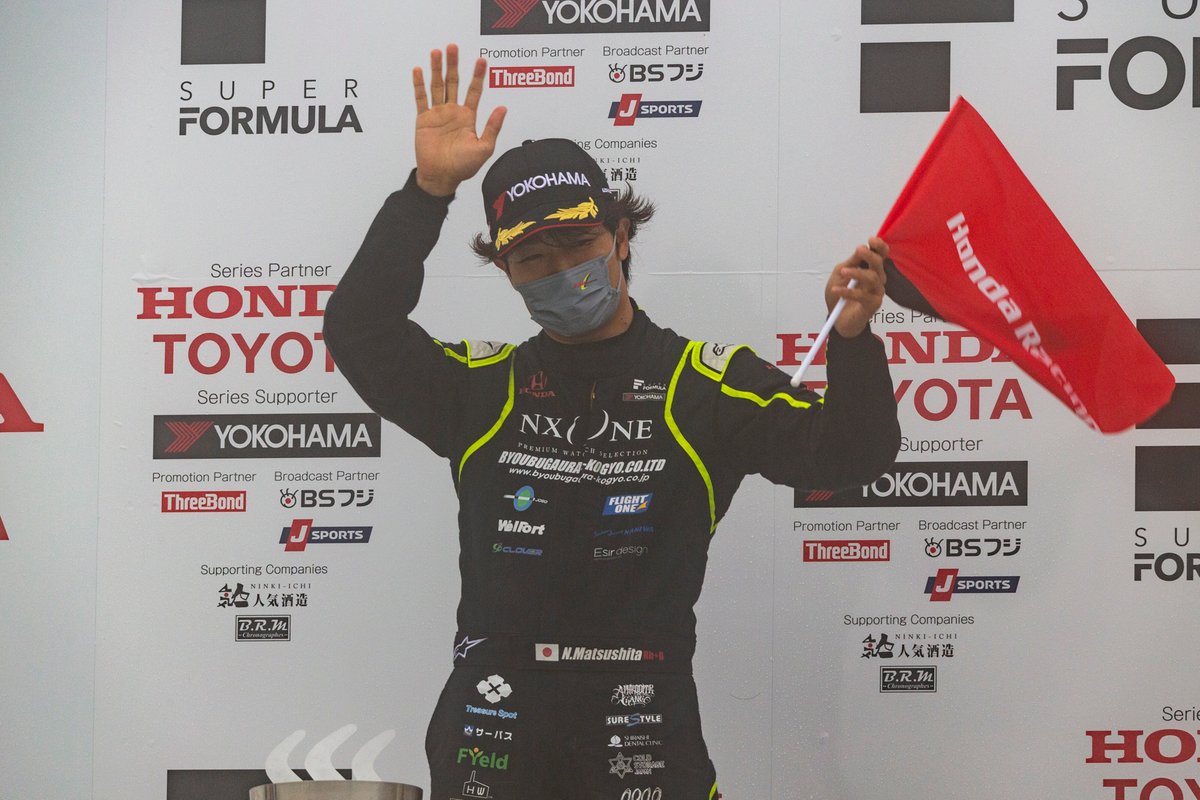 Matsushita also had a new engineer for Autopolis in the form of Yasuhiro Tasaka, who also works with Honda SUPER GT squad Real Racing and used to engineer its Super Formula squad.

"When I was doing F3 with Real Racing [in 2013-14] he was doing Super Formula, so he knew me already," said Matsushita of Tasaka. "He's a kind person, a good communicator and very intelligent.

"In addition we have [Masafumi] Miyata [who engineered Matsushita at Suzuka], and [team boss and four-time Formula Nippon champion Satoshi] Motoyama, who helps with me with information that a driver needs, like 'the wind is strong here' or' someone has spun here'.

"We're at a disadvantage being a one-car team, but I am grateful that all these people are focusing solely on me."

Matsushita's result came after a rapid start from 13th on the grid that left him third on the opening lap, and that became second when Yuhi Sekiguchi, who had been running second behind Alesi, ran off the track during the first safety car period.

Explaining his start, Matsushita recalled: "I passed about three cars with the launch itself, and then when I was braking [for Turn 1], I saw a space open up and I plunged into it. There was a crash as well, which also helped me.

"So I was third, and then when Sekiguchi went off I was second and my pace was really good. I was also fast in qualifying but our pit box is at the 'wrong' end of the pitlane and I was always affected by the red flags.

"We haven't been able to check our speed in good conditions, so there are still some concerns, but our new engineer [Tasuka] has been working hard, and this podium has made us motivated for the next round at Sugo."