Tatiana Calderon says she was satisfied to come out on top of a late-race battle with two-time Super Formula champion Naoki Yamamoto in her first race in the Japanese series.

Ex-Formula 2 racer Calderon made her series debut at Motegi last weekend for the one-car Drago Corse team, scoring a 12th place finish after starting 18th and last on the grid.

After coming into the pits for fresh tyres at mid-distance, the Colombian found herself ahead of Dandelion Racing driver Yamamoto, who had been forced to pit for a new front wing after making contact with the KCMG car of Kamui Kobayashi.

Yamamoto attempted a pass on the final lap at the downhill Turn 11 right-hander, but Calderon held on around the outside, cutting off the Dandelion driver by sweeping across the track heading into the final sequence of corners.

The stewards investigated the move post-race but no further action was taken.

Speaking to Motorsport.com, Calderon reflected: "I had my engineer telling me with seven laps to go, he [Yamamoto] is six seconds away… four… three… and then it was the last lap.

"I had the overtake button saved for the last couple of laps and it was a nice battle at the end. I enjoyed that and of course I was not going to give up the position on the last lap. I’m happy with that as well, that last fight."

Referring to the searing Motegi heat, she added: "This was the toughest race of my life, especially because of the pressure on the last couple of laps. I was pushing as hard as I could." 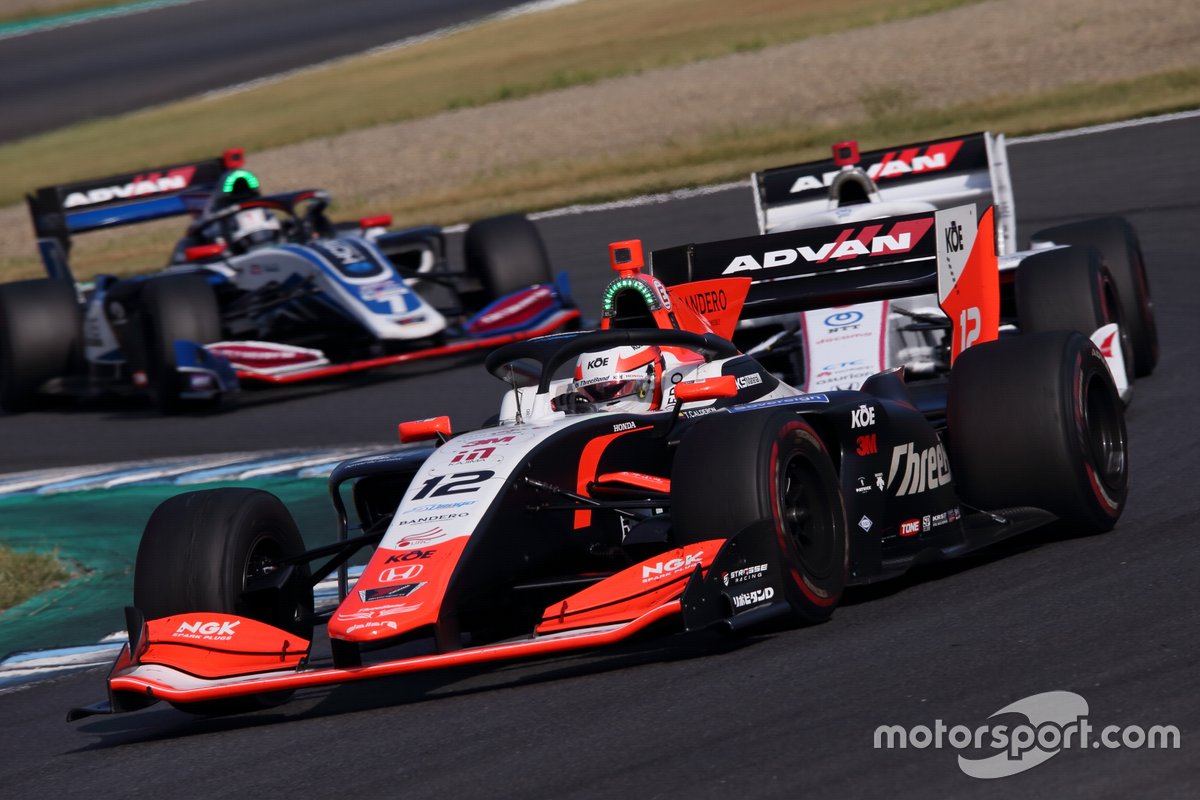 For his part, Yamamoto simply said: "I shouldn't have been fighting for that position. To be honest, it didn't change much whether I passed or not. But I wanted to overtake if I could."

In a race in which pitstops were not mandatory, Calderon was one of only two drivers to change tyres for strategic reasons along with Team Mugen's Ukyo Sasahara, who finished one place ahead of her in 11th.

She admitted that pitting was something her Drago Corse team had planned for pre-race, because her low grid position meant she had little to lose from doing so.

"We studied and we thought if the conditions are very difficult, and we have nothing to lose from where we started, it could be quicker to make a stop," said Calderon.

"The team did a great job with the strategy and the pitstop. For sure we need a little bit more pace, but for the first race I’m quite pleased with what we did."

Calderon will now return to Europe for prepare for the Le Mans 24 Hours, which she is contesting for the Richard Mille Racing LMP2 team.

The Colombian said she is hopeful of being able to re-enter Japan immediately after her first appearance in the French endurance classic in time for the second round of the Super Formula season at Okayama on September 26-27.