The top three finishers in Sunday's Super Formula season opener at Motegi have all conceded that their finishing positions were essentially dictated at the very start of the race.

Ryo Hirakawa was able to convert pole position into a comfortable win in a 35-lap race which featured no mandatory pitstop and little in the way of genuine overtaking moves.

Kenta Yamashita was able to jump from third on the grid to second at the start ahead of Kondo Racing teammate Sacha Fenestraz, and briefly threatened Hirakawa for the lead in the opening sequence of turns on the first lap.

But Hirakawa was able to resist Yamashita's attack, and although he never extended his lead by any more than around 1.5 seconds, his victory never looked to be in serious doubt.

Looking back on the race, Yamashita - one of three Toyota drivers given special dispensation to race at Motegi less than 14 days on from returning to Japan after the Spa round of the FIA World Endurance Championship - said he knew that without the usual strategy options available he had no choice but to try and pass his rival on the first lap.

"I knew today would be all about the start," said Yamashita. "We had a meeting to plan the start and we planned it well, I was able to get up to second [ahead of Fenestraz].

"I wanted to pass Hirakawa by the time of the S-curve [Turns 7 and 8] on the first lap, but it wasn’t so easy. This course is pretty tough for that.

"I pushed hard until the end, but when you get within a certain distance of the car in front, the grip disappears, so it was a tough race."

Hirakawa had been the driver to beat for much of the weekend leading up to the race, topping two of the three practice sessions before taking a convincing pole.

The Impul driver was likewise focussed on ensuring that he made a clean getaway, but said there was no way he could pull away from Yamashita.

"The start was the most important, so I focussed on that," said Hirakawa. "I tried not to be too greedy so as to not get wheelspin or activate the anti-stall.

"But because the distance to the first corner here is short, I knew I wouldn’t be passed unless I made a mistake. Yamashita had good momentum from behind, but I was able to stop it.

"He was always 1-1.5s behind me, and I understood that I could not escape even if I tried, so I was careful to look after the tyres and stay focussed, which was good." 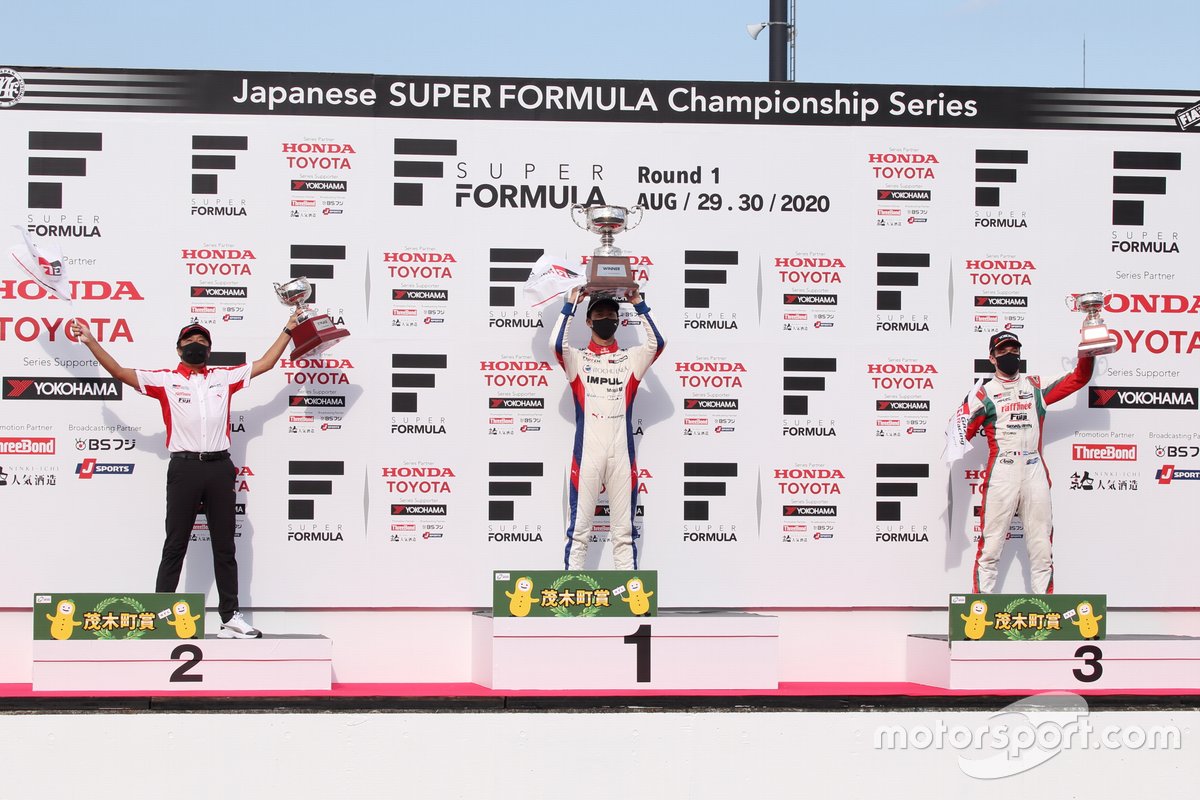 In the closing laps the gap between the leading pair dwindled to as little as half a second, but Yamashita's late attempts to seize the lead using the overtaking system (OTS) came to nought as Hirakawa had also saved some of the extra boost.

"At the end it seemed Hirakawa and I both had some spare [OTS] capacity," said Yamashita, who was not allowed to take part in the podium ceremony after finishing second and was replaced on the second step by team boss Masahiko Kondo (pictured above).

"I was pushing the button all the time and wondering if there would be a chance, but Hirakawa also had some OTS left over and so it was totally impossible."

Fenestraz meanwhile regretted his poor start that cost him second, and said thereafter he never felt he had the chance to threaten teammate Yamashita.

But the French driver was happy to come away with a podium finish on his first Super Formula start, having suffered a difficult build-up to the race.

"The start was just not good, so I need to improve on that," said Fenestraz. "It was my first experience of the hand clutch, it was kind of difficult, and I lost second place.

"Then it was just trying to manage the tyres. [After the start] I didn’t feel like I had chance to overtake anyone, unfortunately.

"It was very difficult for everyone, big tyre degradation as I expected. It was kind of a hard race, and long, but happy to be able to finish on the podium in the first round." 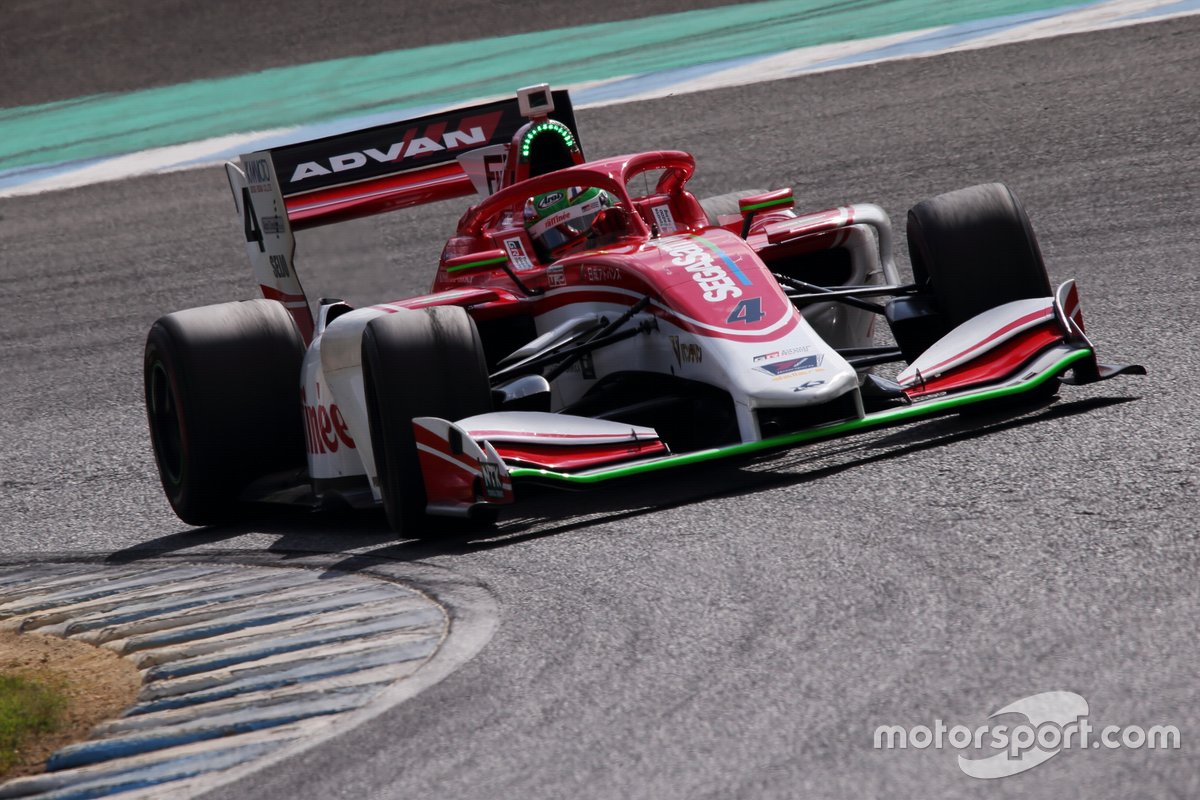