Tatiana Calderon has revealed her comeback Super Formula race last weekend at Motegi was plagued by throttle issues, which she suspects contributed to her race-ending crash.

Calderon was making her first appearance in Japan’s premier single-seater series since April’s second round of the season at Suzuka, having missed the previous three races owing to her FIA World Endurance Championship commitments and Japan’s strict quarantine rules amid the global health crisis.

However, her comeback didn’t go according to plan, as she crashed out of 15th place on the 17th lap of 35 after losing the rear exiting Turn 2.

Calderon had suffered an off in practice on Saturday due to a problem with her Drago Corse car’s throttle pedal – which had the knock-on effect of damaging the engine, necessitating a change overnight and demoting her to the back of the grid for the race.

The Colombian said she suspected a repeat of that issue may have been a contributing factor to the first non-finish of her tenure in Super Formula.

“It’s been a really frustrating weekend in all aspects,” Calderon told Motorsport.com. “Starting in free practice, we had an issue with the throttle, so I went off at the last corner and when I came back to the pits we had to fix a few things and we couldn’t run new tyres.

“It was going to be very difficult in qualifying without having had any new tyre laps. It was also starting to drizzle [in Q1] and my engineer miscalculated the times, so we were supposed to do two push laps, and we only did one.

“FP2 was also a nightmare because it was my first real experience of this car in the wet, we did maybe two laps because there were so many red flags and I went off at Turn 7. 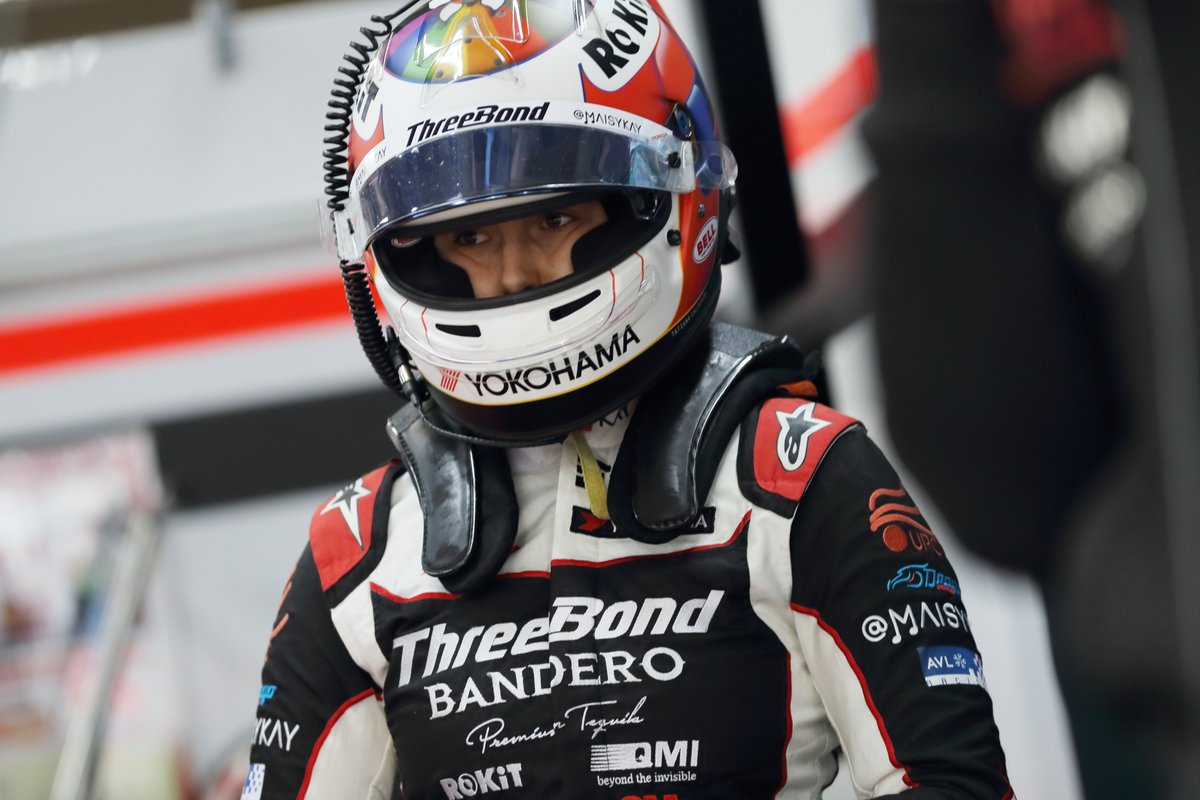 “In the race, the start was ok, the first few laps I was in the group but then I made a mistake at the last corner and the anti-stall kicked in, so I lost a lot of time there. Then the safety car came, and we decided to go for slicks, which was the right call.

"I was struggling so much to put any temperature in the tyres and in Turn 1 I lost the rear. As I tried to correct the slide, I felt something was still wrong with the throttle, like it got stuck [open], and I hit the wall. We are investigating it, but I felt something was wrong.”

Calderon will stay in Japan for the final round of the season at Suzuka next weekend, which will force her to skip the clashing WEC round in Bahrain, and hopes to be able to end her second season in Super Formula on a high note.

“Of course, it’s not the way I wanted to finish my comeback race in Japan, but the conditions were very tricky for everybody and that was partly why I made some mistakes,” she added.

“We’ll take all that knowledge forward to the final round at Suzuka, and hopefully we can have a clean weekend and get back into the rhythm.”