Fortune appeared to smile on Martin Truex Jr. Sunday at Phoenix Raceway, until it didn't.

Truex showed long run speed throughout the season finale, winning the first stage and staying close to the front the entire race.

The Joe Gibbs Racing team decided to go for the undercut and pitted before his title rivals could in what should have been the final stop of the race. However, a caution then changed everything.

Truex stayed on the lead lap and cycled back into race lead. With clean air, he appeared to be heading towards his second championship when a debris caution changed everything once again and forced everyone back down pit road for fresh tires.

This time, luck would not be on Truex's side as a slow stop dropped him from the lead to third. He would jump into second on the restart and spend the remainder of the race hunting Larson. Although he remained close and even got alongside at one point, he was never able to get around the Hendrick Motorsports driver. 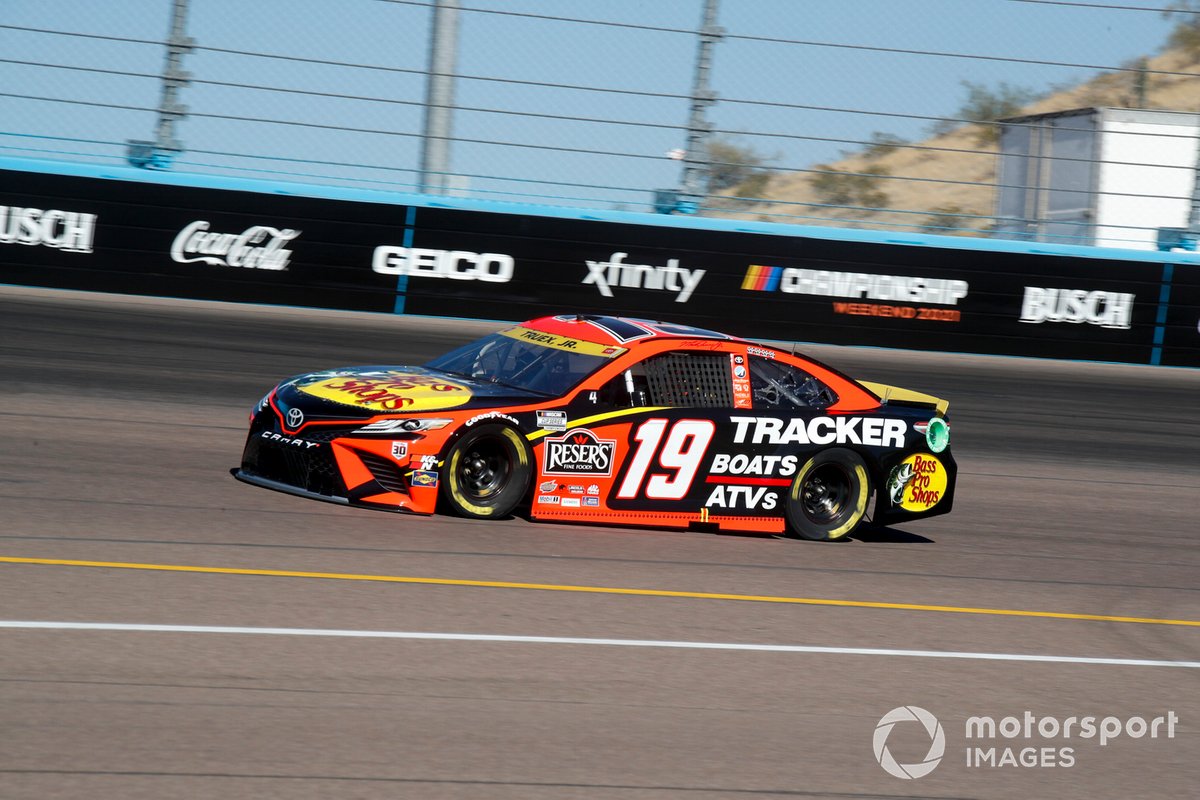 "I don't know, the clean air seemed to be a good bit of an advantage," said Truex. "Whoever got out front was good for 20, 30, 40 laps, and then the long run cars would start coming around.

"Ultimately we needed to beat him off pit road. It's unfortunate, but we win and lose as a team. And really proud of our efforts this year ... That's three times we've been second, and that sucks. Second hurts I'm not going to lie, especially with the car we had and the job the guys did.

"That's racing, as they say, and sometimes you're just not on the right end of things. We were on the right end to things to get the lead there and weren't able to hold on to it. If we could have had the lead, I think it would have been over, but that's kind of how the 5 did it, too. So they had a hell of a season and congrats to them."

He crossed the finish line just four tenths back of Larson, who earned his first ever Cup Series crown. Since winning his only title in 2017, Truex has ended the season as the championship runner-up three times (2018, 2019, 2021).