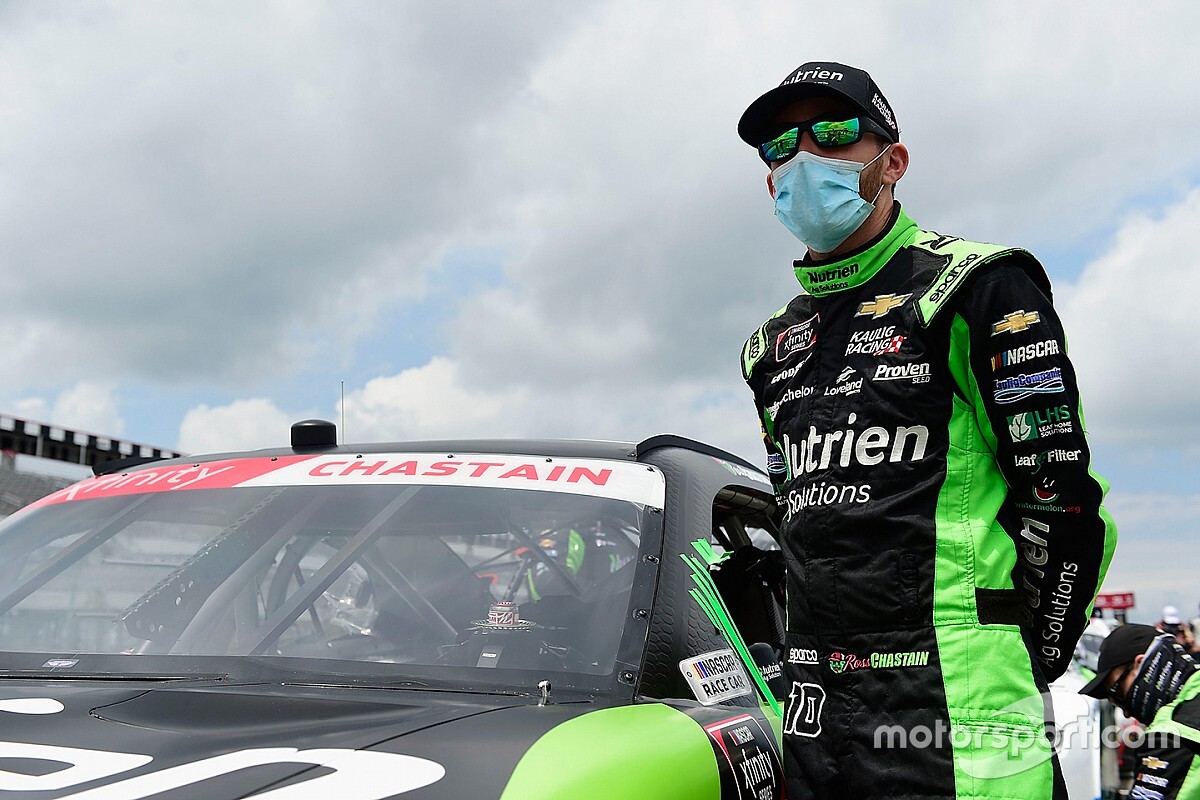 Ross Chastain will finally get an opportunity next season to compete fulltime in the NASCAR Cup Series with Chip Ganassi Racing.

Chastain, 27, will take over the driving duties of Ganassi’s No. 42 Chevrolet in 2021, Motorsport.com has learned.

Later Monday morning, CGR confirmed Chastain's hire to drive the No. 42 Chevrolet in the 2021 season.

“Ross has been a part of this organization for a few years now, and I am happy to announce him as our driver for the No. 42 team," team owner Chip Ganassi said in a statement. "In three races with our organization in 2018 and watching ever since, he showed me and everyone else that he is a tenacious driver who wants to win. We believe that Ross will give our team the opportunity to be competitive each week and our sponsors someone to build a program around.

"Additionally, his racing background has him well-suited to make the move to the Cup Series.”

Chastain will replace veteran Matt Kenseth, who stepped into the car in May to replace former driver Kyle Larson, who was fired in April for using a racial slur during the broadcast of an iRacing event and remains indefinitely suspended by NASCAR.

This season, Chastain has been competing fulltime in the Xfinity Series with Kaulig Racing. He has yet to win but advanced to the series playoffs and is ranked eighth in the series standings. He finished second in Friday night’s race at Bristol, Tenn. – his fifth runner-up finish this season.

Following the race Friday night, Chastain was asked whether he would drive the No. 42 if the opportunity arose.

"Are you kidding me? Of course," he said. "Everyone in this whole entire garage would, yeah. I mean yeah. Who wouldn't? Everyone would."

In his NASCAR career, Chastain owns a pair of wins in the Xfinity Series and three in Trucks.

Chastain ran three Xfinity races in the 2018 season with CGR, winning at Las Vegas. He was scheduled to run the full Xfinity season for Ganassi in 2019 but the deal fell apart in the offseason when the sponsor became embroiled in legal issues.

Chastain competed in Cup, Xfinity and Truck races in 2019 – and contended for the Truck title – with other teams but continued to maintain his relationship with the Ganassi organization.

In January, CGR announced plans to help field Chastain in a Cup car in both the Daytona 500 and Coca-Cola 600 this season. He finished 25th and 21st, respectively, in the races.