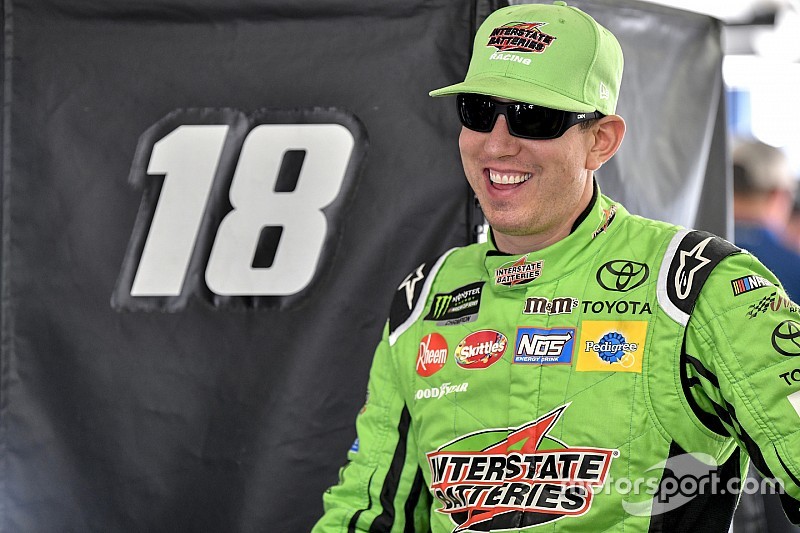 The top seed in the Monster Energy NASCAR Cup Series playoffs will get the best start to the second round.

A late-afternoon rain shower forced the cancellation of Friday’s Cup Series qualifying session, and the lineup for Sunday’s Gander Outdoors 400 at Dover (Del.) International Speedway was set per the rulebook which is primarily by owner points.

Entering the Round of 12, Kyle Busch – who won this race one year ago – leads the owner points and will start from the pole in Sunday’s race.

“I love (Dover). It’s fun to race there and it’s a place I’m looking forward to,” Busch said. “You carry so much speed at that race track and, for it to be a mile in length and for it to be concrete – concrete surfaces that we race on, anyway, are a little bit slick.

“It’s definitely a roller-coaster ride and you need to treat it like it’s fun and not to be scared of the place, I think, because you can get so much out of that place. There are two ways about it – you can probably be really, really good there, or really, really bad there.

“Some days you’re going to be better than others, obviously, with how you can get your car set up compared to the competition.”

The four drivers (of the 12) lowest in points without a victory at the conclusion of the Kansas race later this month will be eliminated from further title contention.

Take a virtual lap around the 'Monster Mile' with the No. 18 Toyota Camry of Kyle Busch, courtesy of NASCAR Heat 3, which you can order now.

Jimmie Johnson: "My desire to win has never been stronger"