Jimmie Johnson: "My desire to win has never been stronger" 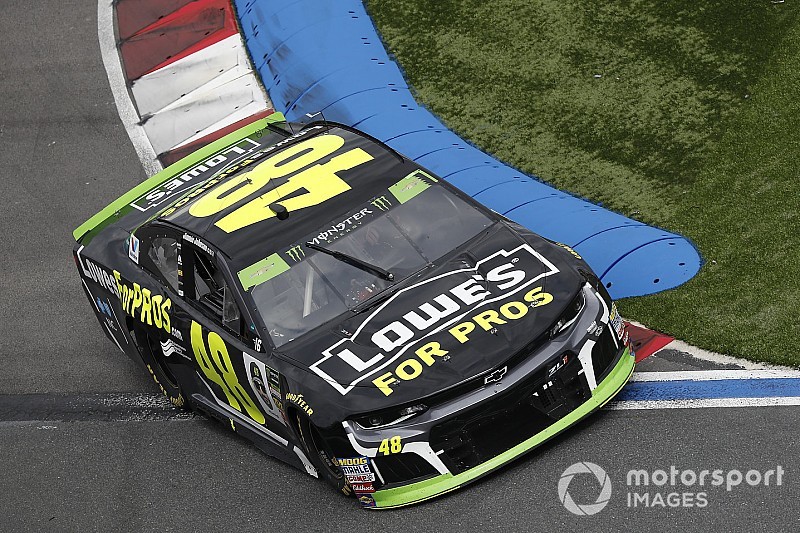 If there was one positive out of Jimmie Johnson’s heartbreak finish at the Charlotte Roval perhaps it may come in how fans view Johnson’s determination.

Despite being in a situation where he was virtually assumed to advance to the second round of the Monster Energy NASCAR Cup Series playoffs, Johnson instead chose to risk it in an attempt to win last weekend’s Bank of America 400 in a final turn showdown with Martin Truex Jr.

Johnson ended up locking his brakes, spun and backed into Truex in the final turn, which took both out of contention for the win and allowed Ryan Blaney to claim the victory.

Johnson’s finish left him one of the four drivers who failed to advance to the Round of 12.

Nearly a week later, Johnson does not regret the move, although he may have made some technical changes to his approach to the final turns.

“From my standpoint, my desire to win has never been stronger. And, I’m happy that last weekend people were able to see that,” Johnson said Friday at Dover (Del.) International Speedway.

“But, when I’ve been criticized about my commitment and desire while I’ve been running 20th, this is the same fire that’s been there. And I think it’s unfair to be judged by the performance on track.

“It’s a collective group that puts the car in that position to win.”

Asked if he would change a thing about his approach to the final turns last weekend, Johnson said, “I still have to make that move.  I still have to try for it.  I would have made a small brake bias adjustment and I think I would have modulated the brakes a little bit different into the corner.

“Looking back, I was a little lower than I typically was entering that braking zone and had a bit more steering wheel input in the car and that is why the left-front (tire) initially locked up. So, I would change a couple of things, but I still, I don’t know how I don’t go for it.”

Out of the title contention in the playoffs, Johnson – whose Hendrick Motorsports No. 48 team has been running better of late – is still looking to end his career-long 52-race winless streak.

There may not be a better track to do that for Johnson than Dover, where he is an 11-time winner in the Cup series.

“I don’t know if this weekend is that weekend. But, if there’s a track where I can make up a tenth or two (of a second) for the team, this would be one of them. And, I hope I can do that and make the difference.”