With no practice, NASCAR races are now a 'zero mistakes game' 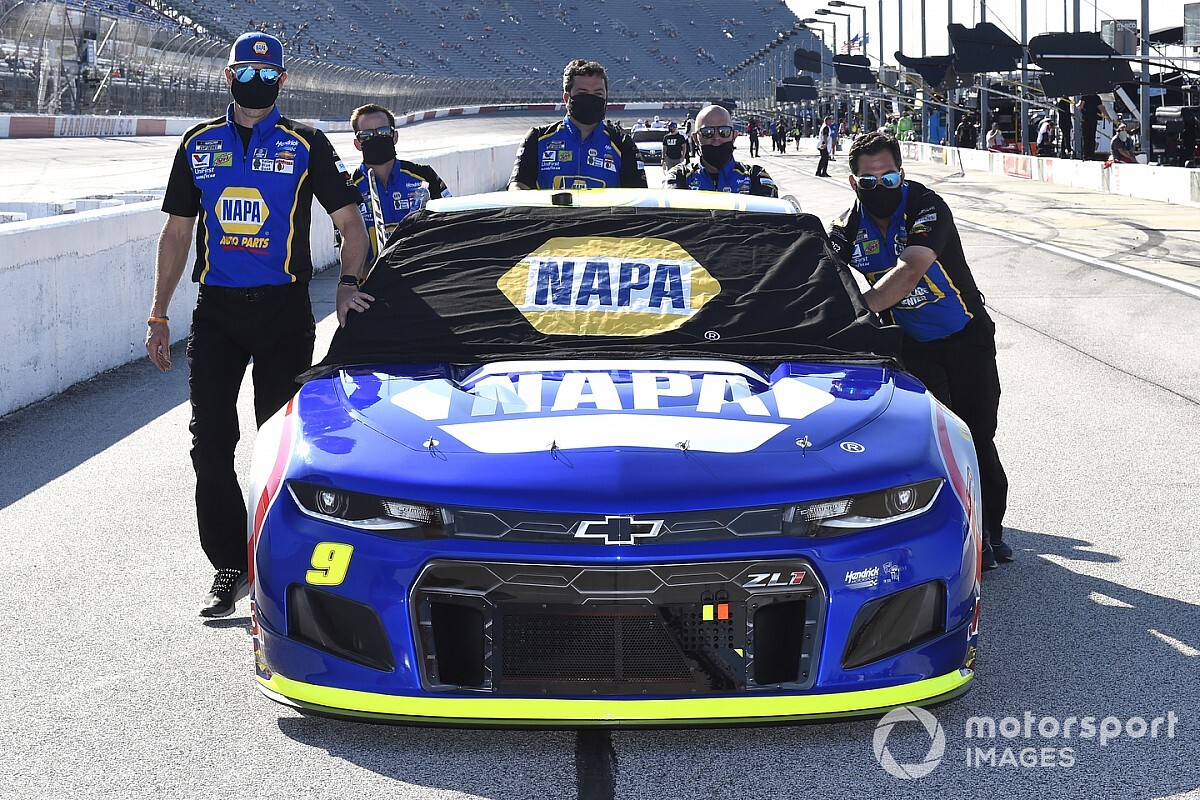 Racing with no practice or qualifying has helped get NASCAR back on schedule during the COVID-19 pandemic but it also comes with some unintended consequences.

Teams that are “fast off the truck” – showing race-winning speed at the start of the weekend’s first practice session – typically have always had a leg up on their competition.

But just as many teams have found improvements during practice that have translated into victory on race day – or better yet, discovered a problem and were able to avert disaster before the race even started.

Since NASCAR competition restarted in mid-May, all three NASCAR national series – Cup, Xfinity and Trucks – simply show up and race to keep track activity and team rosters to a minimum.

In the nearly four months since racing resumed, there have been numerous instances of teams penalized for issues in pre-race inspection or discovering problems once their car has been rolled to the starting grid that may have been averted had the driver had the opportunity to shake down the car in a practice session.

“Now more than ever that’s critical,” Team Penske competition director Travis Geisler said. “We just unload and we go race. A lot of times you would go practice, you’d work out some little things here and there, you’d have an opportunity to say, ‘Okay, this looks like it’s probably a little on edge. We need to back off a little for this week.’

“Now, you’ve got to go 100-percent when you come off the truck. Chassis dynos have come back into play. I think that’s something that a lot of teams had kind of migrated away from because the value just wasn’t there, but now there’s really no opportunity to run the car to make sure at load everything is okay.”

Those issues only get magnified when you’re one of the 16 drivers in the Cup Series competing for the series championship.

Penske driver Ryan Blaney had to start from the rear, saw his crew chief ejected and lost 10 points when NASCAR discovered improperly attached ballast on his No. 12 Ford during pre-race inspection.

Austin Dillon had to start from the rear of the field when his team discovered the front tires of his No. 3 Chevrolet were mounted on the wrong sides after the car had already been set on the grid.

Dillon’s team was able to correct the problem, but in doing so he had to forfeit his starting position for the unapproved adjustment. Dillon was able to rebound from his incident and finish second in the race.

Blaney was not so fortunate and ended up finishing 24th, compounded by the 10-point penalty. He now sits last among the 16 drivers in points with only two races remaining in the first round.

The primary issue for teams has been to find a way to do as close to a full systems check on their cars before they even leave the race shop.

“Really it comes down to checklists and having all your mechanics working through everything each week as carefully as possible,” Geisler said. “It’s a zero mistakes game and that’s a really hard game to play when you think about how many opportunities there are for mistakes during 10 races (in the playoffs) with every car being put together from the ground up.

“Those are concerning and we’re trying to figure out how to put some redundancy in our systems that we’ve never had just because we’ve never really needed them. We had plenty of time to sort everything out (at the track), even just down to how you want to check all of your fluid levels and everything.

“You’ve got to figure out how do you put the car through its paces sitting in the shop somewhere.”

There has been a lot of learning-as-we-go during this process for teams but everyone is facing the same circumstances.

Still, the issues take on even greater importance if a team qualifies for the playoffs in their respective series. No one wants mis-mounted tires or loose ballast to prevent them from advancing in the playoffs – or worse – take them out of contention in the championship race.

“More than anything, it’s been something I’ve been really proud of for really the whole industry, but our group specifically,” Geisler said.

“I know how much everybody has stepped up and just been willing to throw out ‘this is how we’ve always done it’ and just put that in the trash can because this is not how we’ve ever done it.

“So, reinvent, figure it out and hopefully we’ll be at the top of the pylon here in nine weeks.”

Jimmie Johnson to IndyCar with Ganassi for two-year program