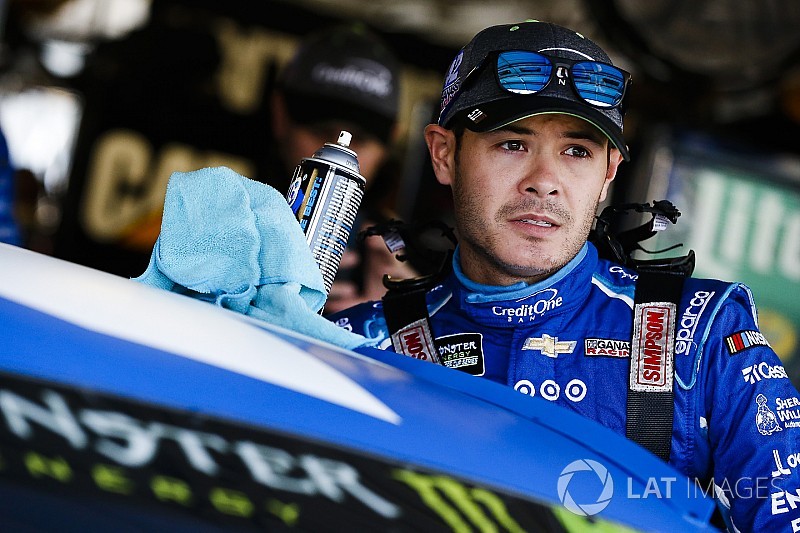 After setting the pace off of the truck on Friday, Larson continued to show speed during the second session with a lap of 181.671mph in his second round.

Just before the 24-minute mark, Larson jumped to the top of the speed chart with a lap of 181.671mph. Thirty minutes in, Larson held P1 followed by Harvick, Suarez, Menard, Bowyer, Blaney, Buescher, Kyle Busch, Matt Kenseth (180.935mph) and McMurray.

With 15-minutes to go, the top 10 remained the same. Truex bumped up to 11th followed by Elliott, Kurt Busch, Austin Dillon, Earnhardt, Johnson, Stenhouse, Kahne, Jones and Hamlin. Michael McDowell’s 25 laps were the most completed at that point.

Despite the speed Larson exhibited in the first two practice sessions, the No. 42 Chevy qualified 14th. He moved up a spot after Blaney’s time was disqualified.

“I was quite a bit tighter in qualifying than I was in practice,” Larson said. “The track had a little bit more rubber on it, so maybe we just didn’t keep up with the conditions. But, yeah, I’m disappointed in 14th after being so much faster than everybody in practice, but we’re okay. We’ll race good and hopefully be there at the end to try and get a win.”