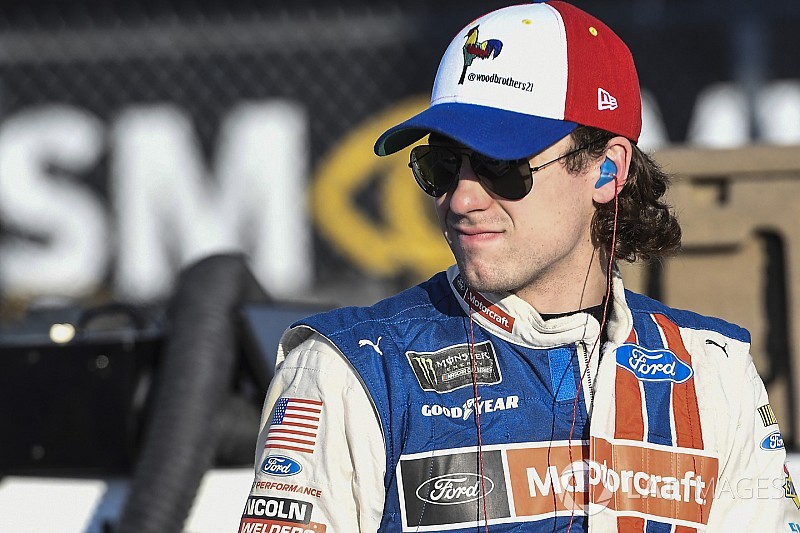 Ryan Blaney led final practice with a lap of 182.057mph at Kansas Speedway on Saturday.

Hopefully, the speed will serve him well on Sunday. Blaney's qualifying time was disallowed after NASCAR officials discovered the package tray on the No. 21 Wood Brothers Ford was bowed during inspection. He will start at the rear of the field for Sunday’s Hollywood Casino 400.

Blaney, who originally qualified third, said track position would be huge for the race. His consolation prize rediscovering that speed in Happy Hour.

Kyle Larson, who led the first two sessions, was 13th-quick on his first lap then bounced up to seventh (181.232mph). He was bumped to eighth by Kevin Harvick, who vaulted to third on his first run with a fast-single lap speed of 181.720mph.

As teams concentrated on long runs, Suarez 35 circuits were the most posted after 30-minutes in the session. McMurray ran 11th followed by Truex, Logano, Johnson, Austin Dillon, Kurt Busch, AJ Allmendinger, Ryan Newman, Hamlin, Earnhardt and Stenhouse, who brushed the wall on his penultimate run.

McMurray climbed up to 10th with a quick single-lap speed with 10 minutes remaining. With less than five minutes into the session, Daniel Hemric climbed into the No. 27 Chevy to get a feel for the car in case he has to fill in for Menard, who is on baby watch.

“Yeah, obviously first off that is a cool situation for Paul and his wife waiting on the birth of their second child," Hemric said. "So, that has got to be exciting. I’m just lucky to have the call to hopefully get in when the time comes and if it comes during the race weekend. So, just trying to take all the precautions possible to be ready if that time does happen here this weekend or whatever weekend it is moving forward. Just excited to be part of it.”