Despite missing most of last season due to a suspension, Kyle Larson said he’s been “excited” with his return to NASCAR competition and a little surprised it’s gone as well as it has.

Larson, 28, was fired from his Chip Ganassi Racing No. 42 team last April for using a racial slur during the broadcast of an iRacing event and was also indefinitely suspended by NASCAR at the time.

He was hired by Hendrick Motorsports to drive its No. 5 Chevrolet last October beginning with the 2021 season and was cleared to return to NASCAR racing activities beginning on Jan. 1.

Through the first three Cup Series races of 2021, Larson has found himself in contention for the win in each of them. So far, he’s had a pair of top-10 finishes and is eighth in the series standings.

“I thought there would be cobwebs and rust. But maybe because I raced so much last year in sprint cars and open wheel cars and dabbled in some Late Model stuff, I felt as fresh as ever in a race car,” said Larson, who won 42 races in 83 open-wheel starts during his suspension.

“Your body just gets into a rhythm of even buckling in the car each week. When I got in the car and put my head and neck restraint on and buckling up and all that, everything just felt normal. It didn’t feel like I had been out of the car in long time.

“Even shifting gears and coming down pit road and stopping on my pit sign and stuff like that, like it’s all come natural so far. I don’t really feel like I’ve made any mistakes doing those little things.” 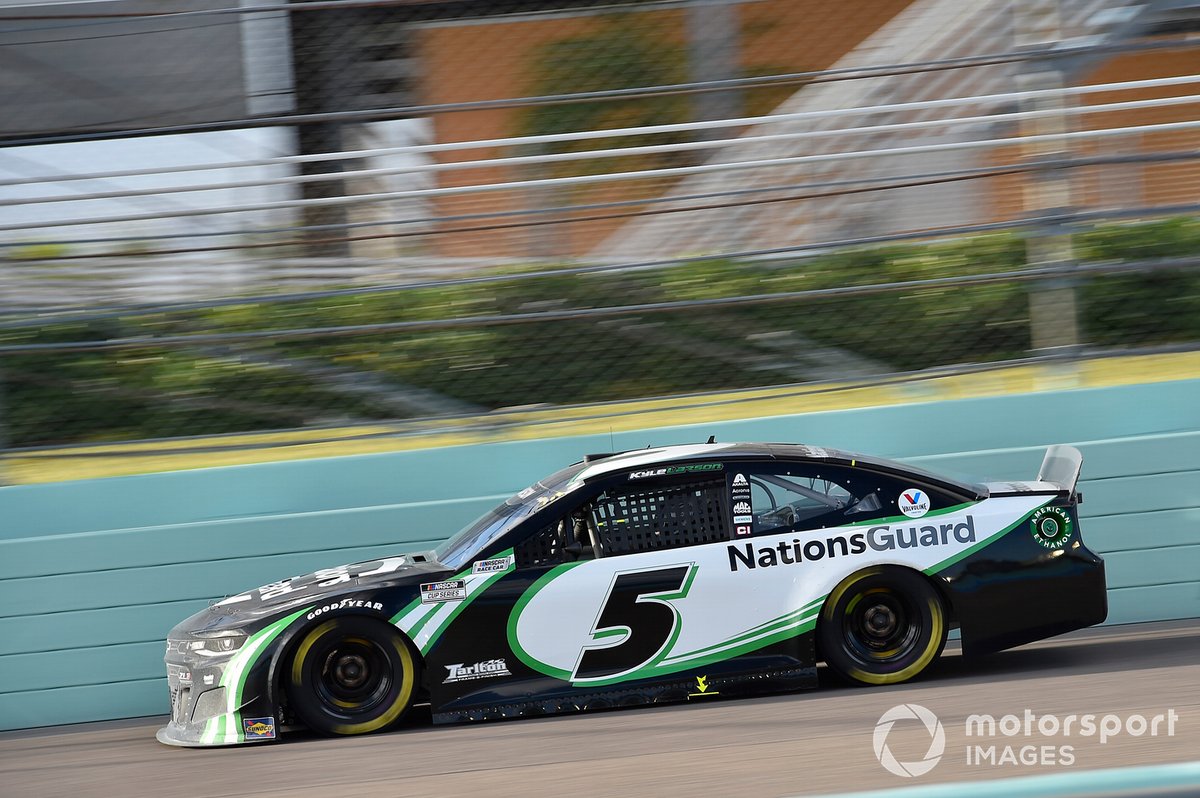 While Larson was familiar with driving HMS equipment while he was at Ganassi, his team at Hendrick features all new people as well as a new crew chief in Cliff Daniels.

Any – or all – of those changes could easily contribute to a more difficult learning curve. But again, Larson has found the early-going very smooth.

“It’s a young team. All the engineers are young. Really, our whole team is young. It’s crazy that I’m in my 20s and I bet there’s not too many guys that are a whole lot older than I am,” Larson said.

“It’s a fun atmosphere and we’re all dedicated to doing a great job and putting in all the work that we can and studying as much as we can. I don’t know if there’s really a team that’s worked harder than we have to be as prepared as we’ve been each week.

“I think that’s why we’ve been good in these first three races.”

The favorite to win on the Bristol dirt?

Larson, who has an extensive and successful dirt racing background, has been tabbed an early-favorite for the Cup Series’ first race on dirt in 50 years which will be held later this month at Bristol Motor Speedway, which has been converted to a dirt surface.

While he is definitely looking forward to the Cup Series’ return to dirt, Larson said he or others with a similar background shouldn’t necessarily be considered a favorite.

“Just because the surface is dirt doesn’t mean that we’re going to be great; because the cars are way slower responding than what we’re used to with a sprint car or a midget. A midget is a little over 1,000 pounds and a sprint car is about 1400 pounds with 950 horsepower,” he said.

“Where a stock car is 3,500 pounds and 750 horsepower. It’s just going to be a lot lazier than what we’re accustomed to. I think there are advantages about being dirt guys because we’re able to read the track surface and know when it’s changing and know where there may be grip on the race track where other people don’t have that experience might not know.

“But I honestly think it’s going to look a lot like a pavement race, but on dirt.”