Harvick: Winning a Cup title today "is a much different style" 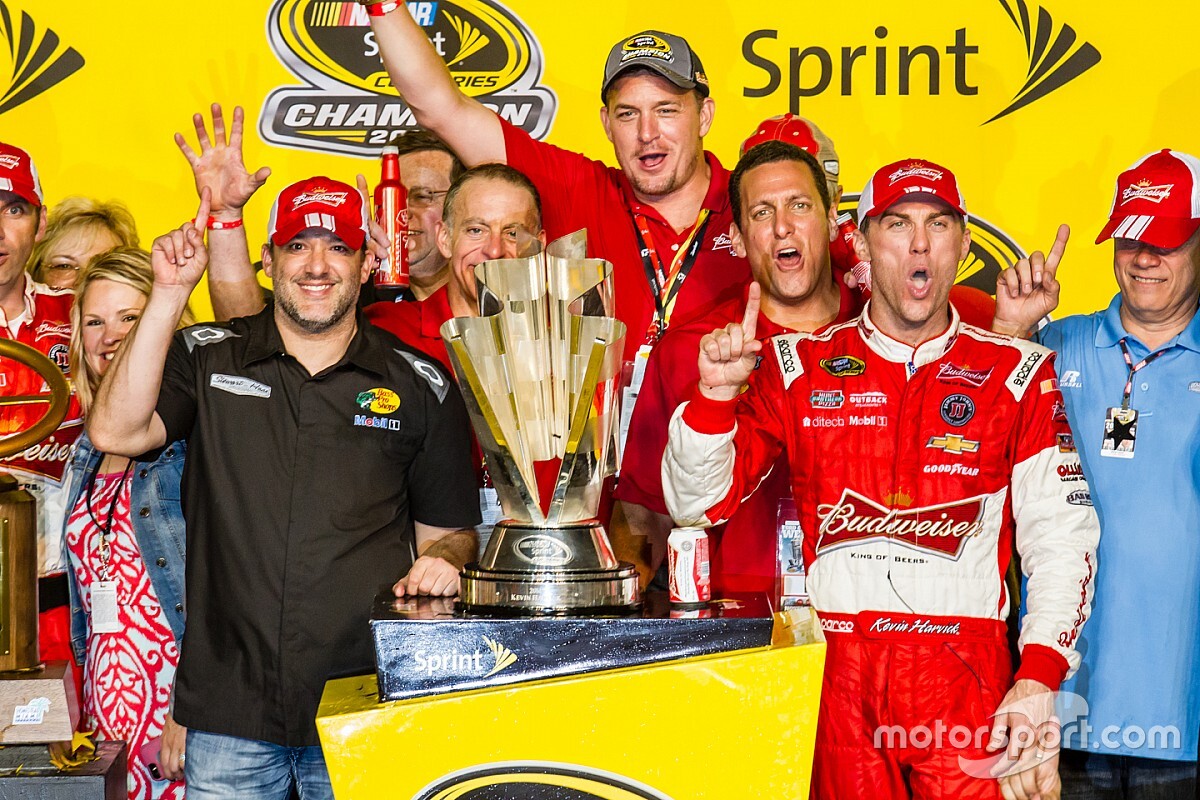 NASCAR seems in a constant state of change these days and how it determines its series champions has undergone plenty of revisions as well.

Even though drivers like Kevin Harvick and Denny Hamlin have proven this season to be consistent contenders for wins – together amassing 13 in the Cup Series regular season – there are no guarantees on closing the year with a series title.

Long gone are the days of amassing points over the course of a 30-something race season and even with the advent of a “playoff format” in 2004, only more recently has the series championship been decided by a winner-takes-all season finale race.

While Harvick, who clinched the Cup Series regular season title following race No. 25, is still a favorite to be one of the four drivers competing for the championship at Phoenix Raceway in November, topping three other contenders in one race remains a novel concept.

“When you look at the point standings from this year, you see why the playoffs were put into effect in trying to make sure that we had an intriguing 10 weeks of racing as we went toward the end of the year. It’s very difficult to get yourself to the last race of the season and be one of those four cars and trying to be able to race for let alone win a championship.

“It’s very difficult to put yourself in that position and once you get there be able to put everything together against the other three guys on one particular day, especially when it’s been at the same race track (Homestead-Miami Speedway) every season that we’ve gone about it this way.”

A change in the schedule

Homestead has hosted the Cup Series finale every year NASCAR has had a playoff system but this year the finale (and now title race) has moved to Phoenix.

“Moving those race tracks and changing the venues and keeping it mixed up has made it very intriguing for the fans and very difficult from a competitor’s standpoint with navigating the last 10 weeks of the season,” Harvick said.

“Having it all work out is just very difficult.”

On top of the changes already announced coming into this season, NASCAR now operates under protocols for the COVID-19 pandemic which for the remainder of the year means no practice or qualifying in its three national series – Cup, Xfinity and Trucks.

Harvick said his No. 4 team’s performance this season under those circumstances, including all four Stewart-Haas Racing teams qualifying for the playoffs, is a huge accomplishment in itself.

“Our biggest focus is trying to be competitive week-in and week-out, win races, which we’ve done over the first 26 weeks and that’s our goal to continue forward and do those things,” Harvick said. “To have it all come together like it has says a lot already about our organization and the things that we’ve been able to accomplish in extreme circumstances.

Chase Elliott: "We can compete with whomever" in playoffs