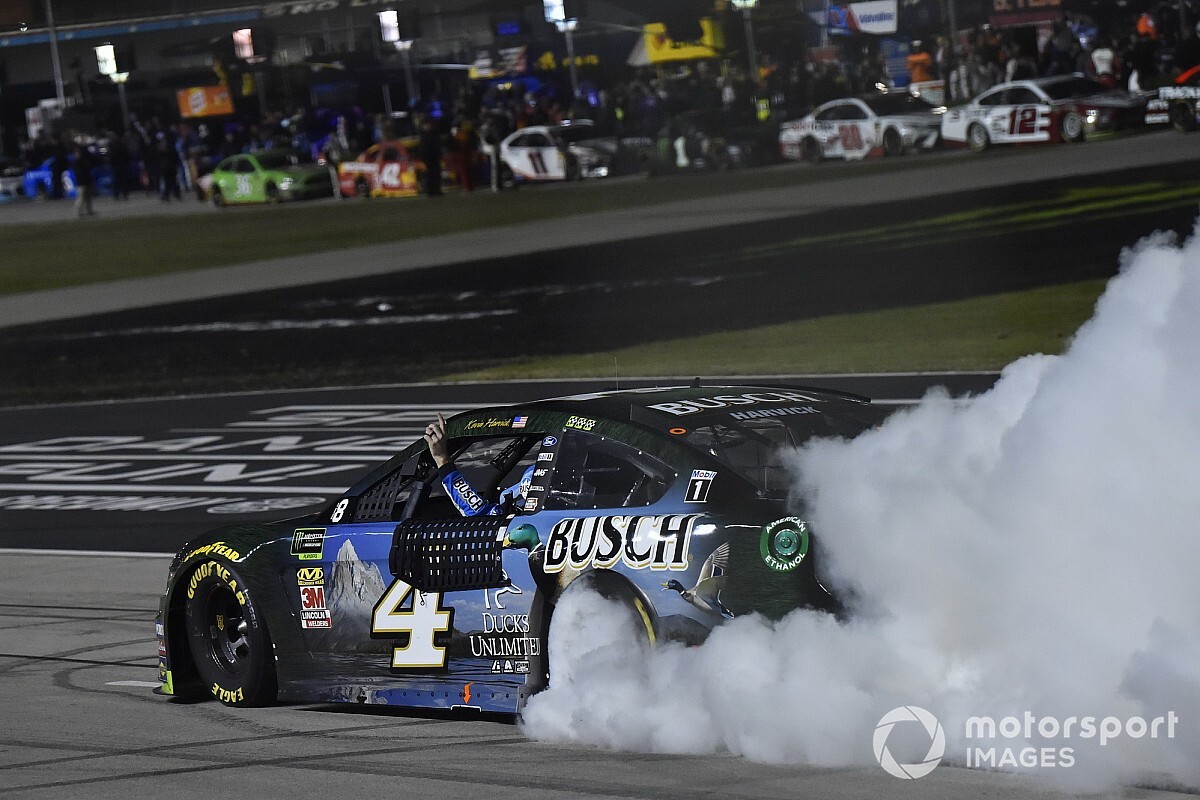 Kevin Harvick didn’t do a post-race victory celebration at Pocono Raceway on Saturday and you probably shouldn’t expect one anytime soon.

Harvick’s crew chief, Rodney Childers, asked his driver not to do a burnout following his victory in the first race of a unique Cup Series doubleheader at Pocono in order to preserve the car’s engine.

Regardless, Harvick said after the race that he doesn’t plan to conduct much of a celebration following victories until race fans can return to the track.

“I’m not doing any more celebrations with nobody out there to celebrate with.Until the fans come back, I’m not doing a burnout, standing on the car, doing any of that stuff,” Harvick said. “It doesn't feel right not having my team in Victory Lane.

“It doesn't feel right with all the emotions from the fans to share your emotion, all the things you have from being inside the race car and being excited about everything that was going on from winning the race. You come out to silence.

“We miss the fans. I miss my team being able to be right in there with us (in Victory Lane). It’s tough to give an elbow bump or wave at them.” 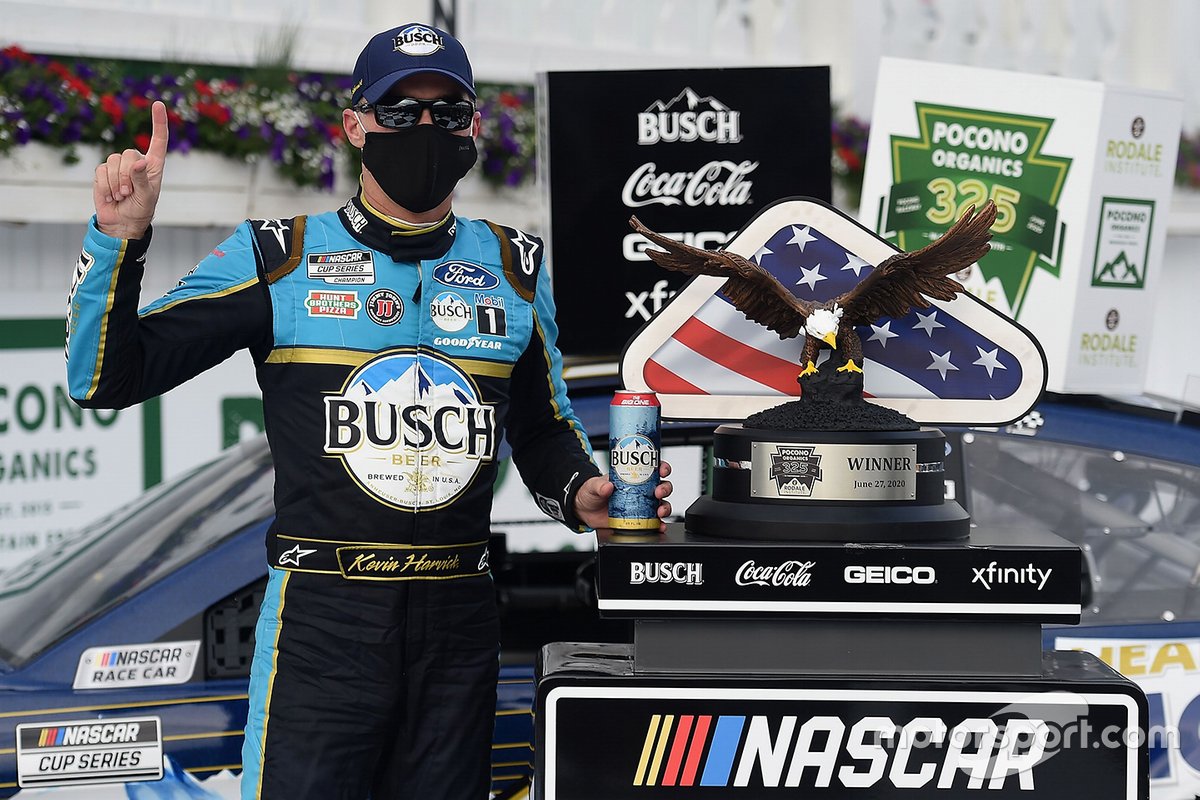 No fans are allowed at Pocono this weekend and fans will not be present at the following two race weekends at Indianapolis Motor Speedway and Kentucky Speedway.

The NASCAR All-Star Race on July 15 – which has been moved this season to Bristol (Tenn.) Motor Speedway – will be the next race in which fans will be allowed to attend.

Tennessee state officials are allowing Bristol to sell up to 30,000 tickets for the event under the current COVID-19 pandemic restrictions.

What time and channel is Sunday's Pocono NASCAR race?