What time and channel is Sunday's Pocono NASCAR race? 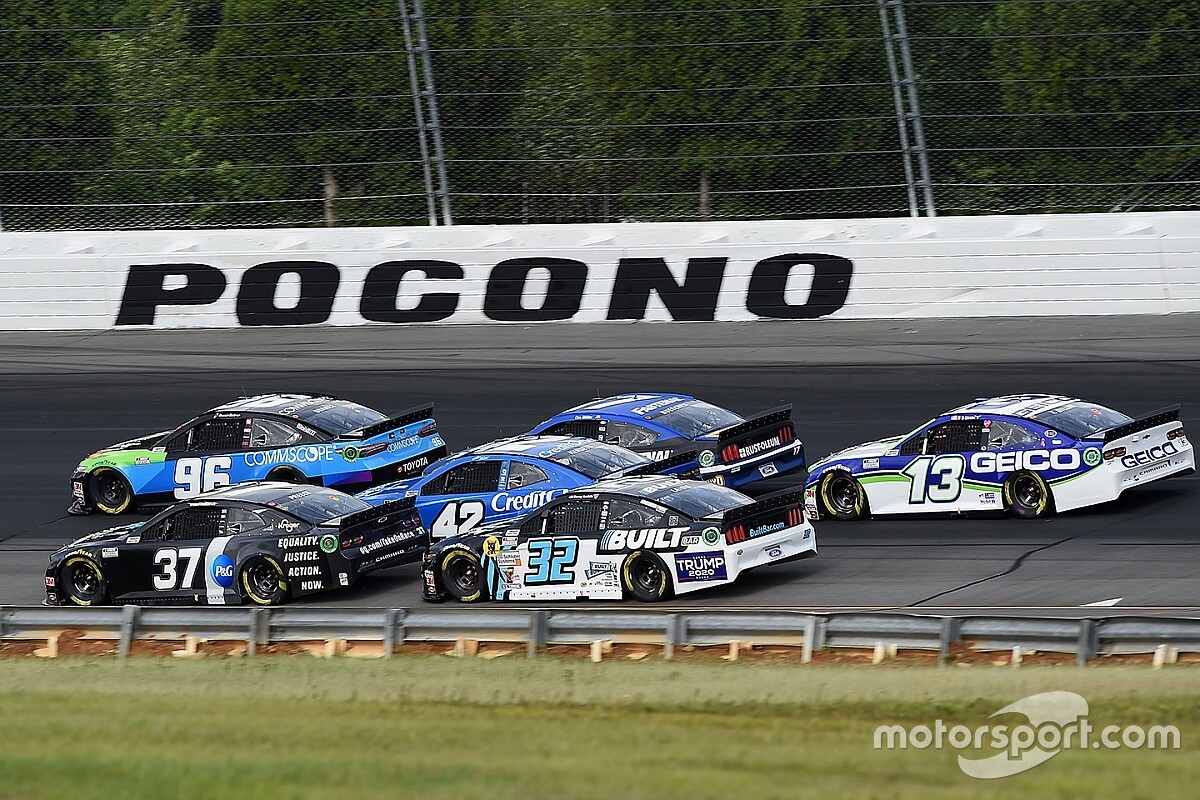 What time is the NASCAR race today?

Saturday's race, should it go on despite showers in the area, will go green at 4:24 p.m. EST.

Kevin Harvick won the first race of the weekend at the Tricky Triangle, leading 17 of 130 laps and beating Denny Hamlin for the victory.

What channel is the NASCAR race today?

This week, NASCAR and the FBI concluded their investigations into a noose found in Bubba Wallace's garage stall, ascertaining that it was a garage pull-down rope fashioned in the style of a noose. However, it has been there since October, 2019 and no crime was committed.

The lineup is based on Saturday's results with the top-20 finishers inverted. This will put Ryan Preece and Austin Dillon on the front row. However, Preece will be among those going to the rear of the field due to an engine change.

What is the starting lineup for the NASCAR Pocono 350?

What is the revised schedule for NASCAR in 2020?

Saturday's NASCAR Truck Series race was postponed due to rain, setting up a triple-header for Sunday with all three series.

Hamlin: "We have a race-winning-car" despite runner-up finish