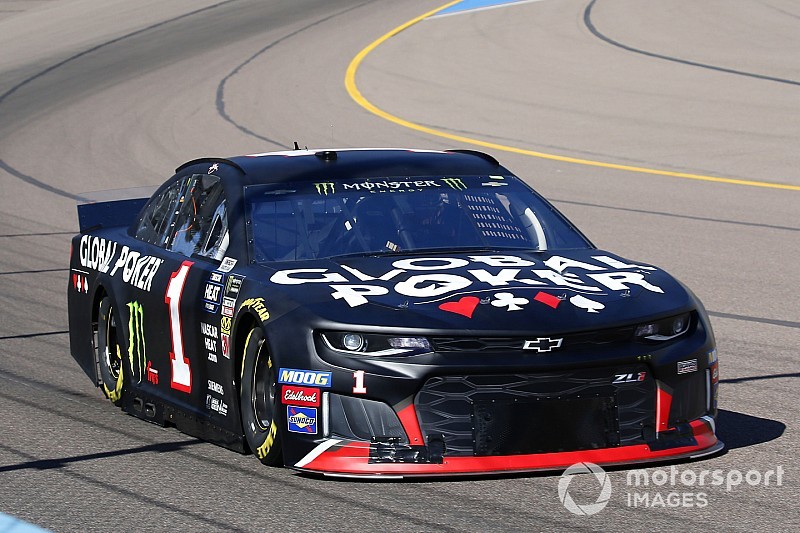 Chip Ganassi Racing drivers Kurt Busch and Kyle Larson both finished in the top-10 for the first time this season in Sunday’s Ticket Guardian 500 at ISM Raceway.

Busch continued his top-10 finish streak finishing seventh while Larson picked up his first top-10 (sixth place) since Daytona as the duo brought home the best combined finish for the team so far this season.

Larson, who scored back-to-back 12th-place finishes over the previous two races, was happy to get to the front of the field on Sunday.

“Yeah, it was a clean day for us, so I was happy about that,” said Larson. “Had some really good restarts that kept us in the game. We worked on our balance throughout the race, tried to free it up and got too free and then had to go back on changes to tighten us back up.

“So, yeah to come away with a sixth is nice after the last couple of weeks we’ve had of just making mistakes and even this week we made a big mistake in qualifying, but thankfully, we were able to work through it.”

After struggling on pit road and on a couple of restarts, Busch was happy to still be able to bring home his third consecutive top-10 finish with his new team.

“I’m glad we got a top 10,” said Busch. “We had to battle hard for this one. We didn’t do really good on pit road and we didn’t really do good on restarts, but overall it was nice to have a read on some looseness and tightness at a short track and get more notes under our belt.

“That is key for me and Matt McCall (crew chief).”

The former NASCAR Cup Series champion said he was glad to have the opportunity race up front with Larson and produce the best day of the season so far Ganassi.

“Awesome, fun, running with Larson,” Busch added. “The two of us got a pretty good read on each other on when we are holding each other up or if we are helping each other and then at the end they told me I was about a lap shy on fuel, so I had to save and I just let Larson go and it worked out.

“To have two Ganassi cars sixth and seventh, top Chevys that is good stuff.”

Kyle Busch tops Truex at Phoenix for NASCAR win No. 199