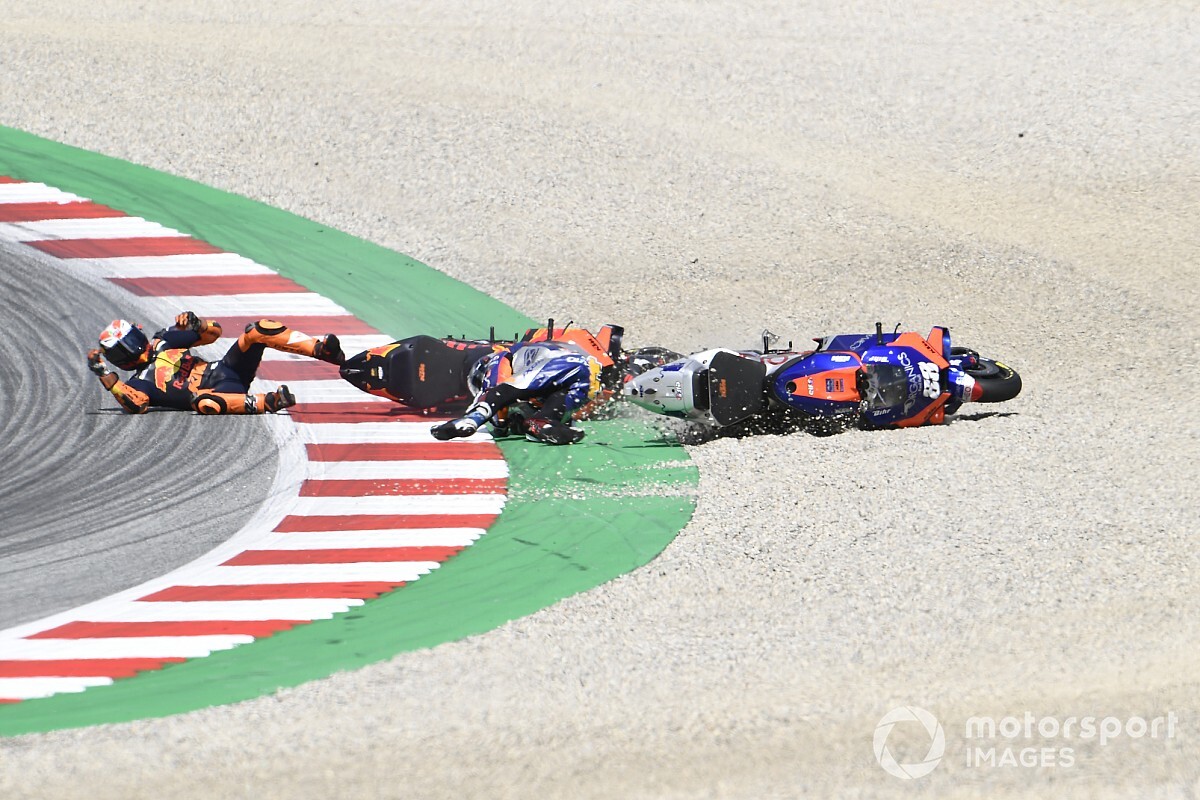 Miguel Oliveira has suggested that Pol Espargaro should think about changing his "questionable" approach to racing following the KTM duo's collision in the MotoGP Austrian Grand Prix.

Factory KTM rider Espargaro was struggling in the restarted Austrian GP due to a switch to the soft rear tyre - having run out of fresh medium rubber - and the Spaniard had dropped out of the podium places by lap nine.

After running deep into the Turn 4 right-hander, Tech 3 rider Oliveira tried to come up on the inside of the recovering Espargaro and the pair collided into retirement.

It is the second collision in two races for Espargaro, who also had a coming together with Johann Zarco during the previous weekend's Czech GP at Brno.

With Oliveira noting both incidents were of "the same character", the MotoGP sophomore thinks Espargaro needs to consider changing the way he goes racing.

"Of course, it's extra frustrating being a KTM rider, but at the end of the day you have to take it as another rider. You cannot ask a rider not to compete, and I think it's in every rider's mind to understand what they could have done differently.

"If I was Pol, already with two incidents with the same character, I would start to think if I am approaching racing in general in the right way, because at the moment it seems questionable." 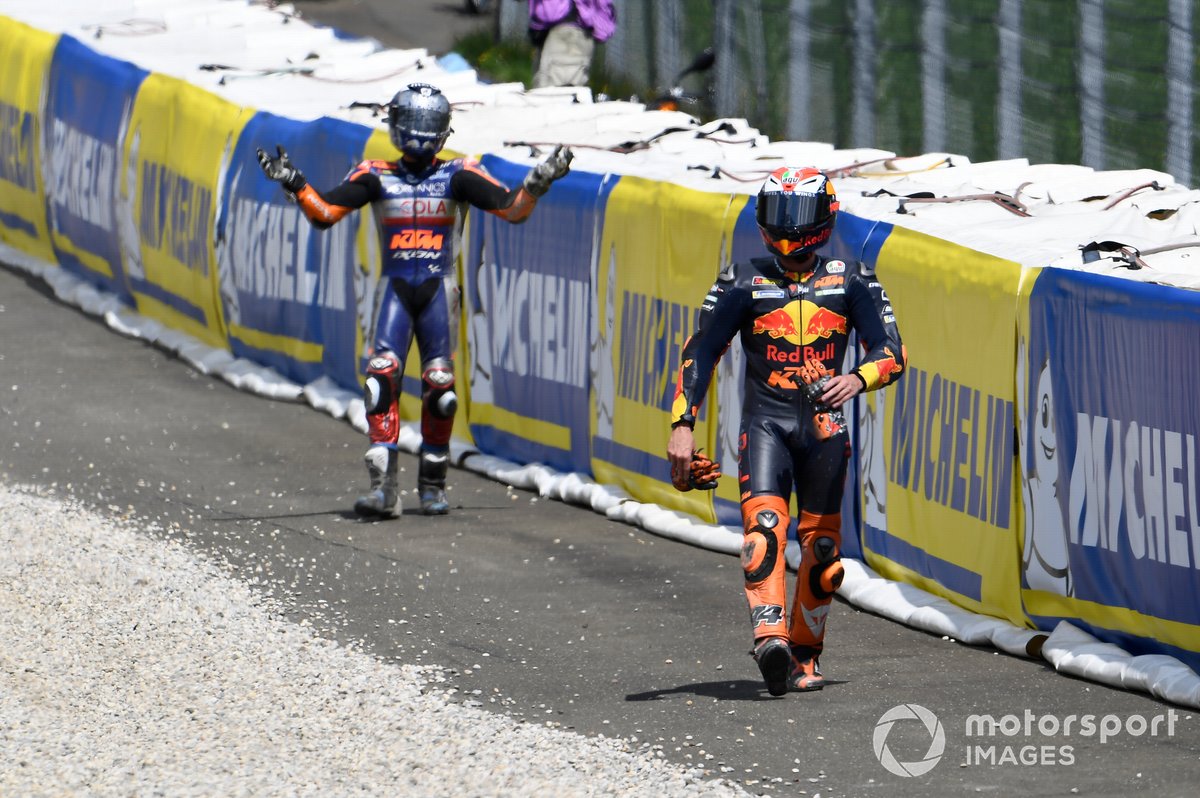 This is the third time Oliveira has been taken out of races by fellow KTM riders.

Brad Binder clattered into him in the Andalusian GP at Jerez last month and Zarco wiped him out of last year's British GP - the latter incident leaving Oliveira with a shoulder injury.

Espargaro branded the clash a "racing incident", adding: "I was wide, and Miguel actually in that place was a little bit wide as well and also we checked the data and he was like that.

"This is what we call a racing incident and we really are agreed. I couldn't do anything; I was on the white lines so I couldn't move. He said he couldn't see me.

"I know Miguel, we have a good relationship, and I know every move he makes he thinks about it. He made this [move] because he was sure it was possible to overtake."