The Honda rider missed the final two rounds of the 2021 MotoGP season after a concussion he suffered in a training accident damaged a nerve in his eye and led to a return of the double vision – or diplopia – problems he experienced back in 2011.

Marquez’s racing career was threatened at the end of 2011 when a crash during the Malaysian Moto2 Grand Prix weekend resulted in him suffering those vision issues.

In Honda’s previous update just before Christmas, his recovery was said to be going well and he would not be undergoing surgery.

Now Honda says his recovery is continuing following a recent doctors’ check-up on Monday, with Marquez returning to motocross training for the first time in three months.

The next step will be for him to ride a bike on a race circuit, though it remains unclear if he will be present at the first pre-season test of 2022 in February in Malaysia. 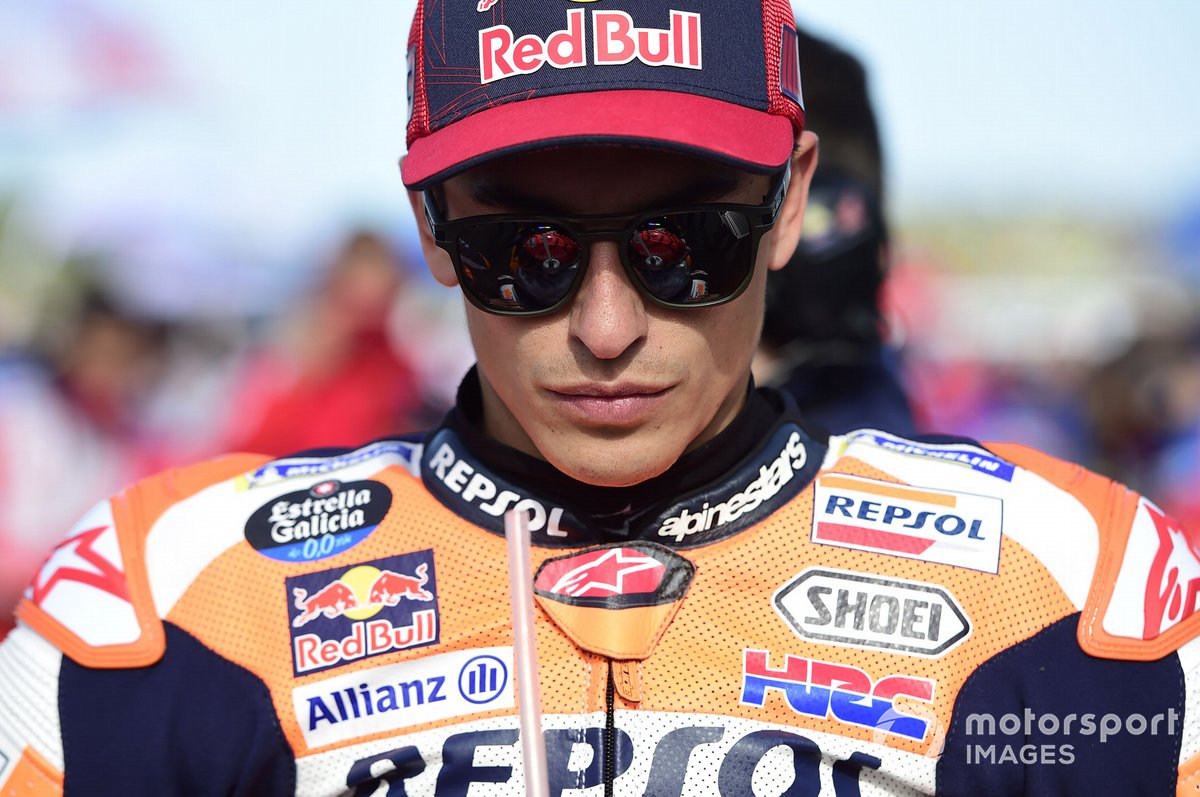 A statement from Honda read: “Marc Marquez underwent a medical examination with Dr. Sánchez Dalmau last Monday to analyse the situation of his diplopia.

“The ophthalmologist confirmed a clear improvement in the vision of the eight-time [grand prix] world champion.

“With this progress, the Repsol Honda Team rider received authorisation to ride a motorcycle and motocross, the most demanding discipline possible in the world of two wheels, was chosen by Marquez and his team.

“After a three-month absence, the Spanish rider returned to riding at the Ponts Circuit (Lleida). After several runs his sensations and feelings on the bike were more than optimistic.

“The next step for Marquez will be to ride on a paved racetrack.”

As a result of Marquez’s continued recovery, he will now be present at Honda’s 2022 motorsport launch event on Friday.

Marquez ended the 2021 campaign seventh in the standings having won three races in his comeback from the arm injury which ruled him out of the 2020 season.

He finished up 42 points clear of the next-best Honda rider – team-mate Pol Espargaro – despite missing four races and crashing out of four others.