Lorenzo: Yamaha not "wasting" me with lack of MotoGP testing 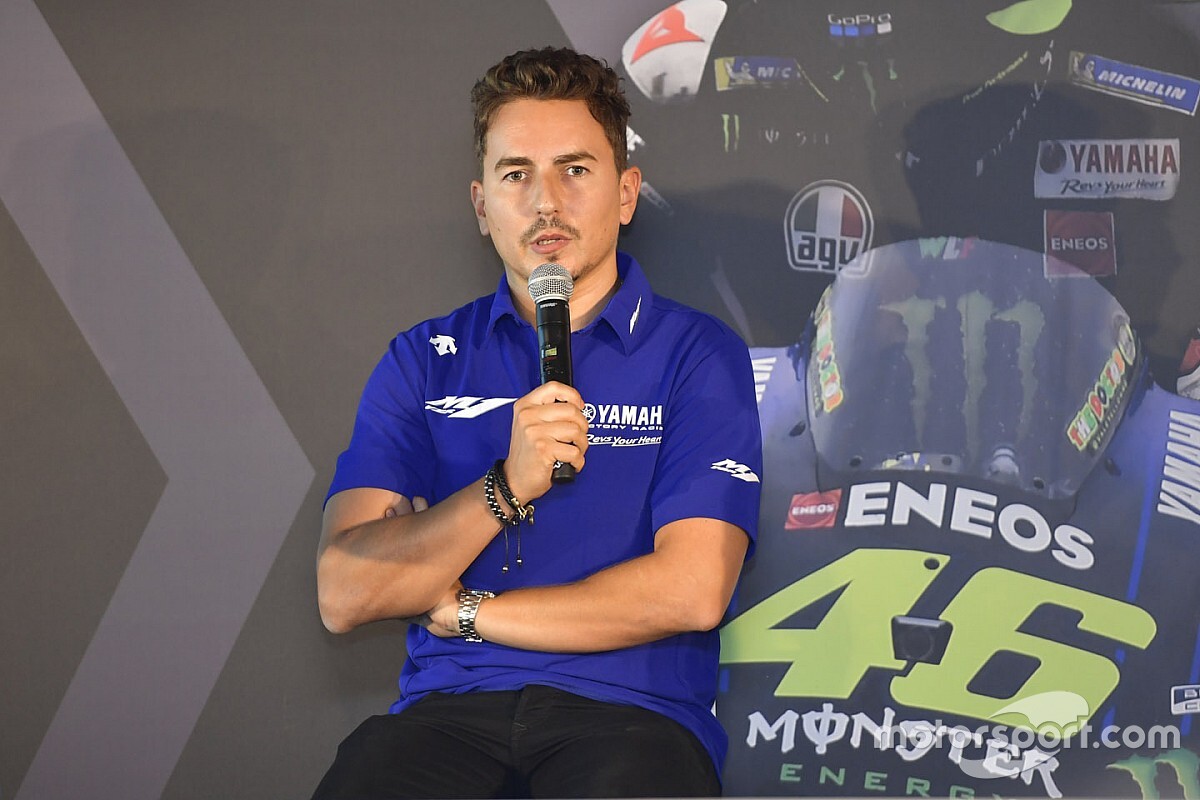 Three-time MotoGP world champion Jorge Lorenzo insists Yamaha is not "wasting" his talents as a test rider through a lack of mileage on the M1 this year.

After retiring from racing at the end of 2019 following his tough sole season on the factory Honda, Lorenzo returned to Yamaha in the winter as its official test rider.

A move welcomed by Yamaha's race riders, Lorenzo has so far only completed two days on the M1 in 2020, and will get his third on Wednesday in MotoGP's first test at Portuguese Grand Prix venue the Algarve circuit.

After Valentino Rossi and Fabio Quartararo questioned Lorenzo's lack of testing this year last month, Yamaha noted the COVID-19 pandemic had made it difficult for its Japan-based test team to get into Europe to complete any programmes with Lorenzo.

Lorenzo believes his lack of days on the bike are simply a result of the COVID-19 pandemic and says it's "not logical" to think Yamaha isn't using him to his full potential purposefully.

"I want to believe, and I really believe, they tried their best to do as maximum tests as possible, but just the circumstances of COVID meant this couldn't happen," Lorenzo said when asked by Motorsport.com if he felt he was being wasted by Yamaha.

"Of course, I believe without COVID we would have the 15 for 16 days we had planned to do.

"But no, I don't believe they are wasting, especially on purpose, me as a test rider because I think economically speaking [it is] the factory that spends more money on it [testing].

"So, It's not logical to think like that. I really believe the circumstances of COVID didn't help the team to test more."

Lorenzo rode the 2019 Yamaha for two days in February at Sepang during the shakedown and the first official pre-season test.

He was due to ride the 2020 M1 for the first time during this week's Algarve outing for MotoGP test riders, but Yamaha was unable to get a bike together in time and he will once again run last year's machine.

"I spoke with Massimo [Meregalli, Yamaha team manager] some days ago, some weeks ago, and he said probably they will have the 2020 bike here," Lorenzo said on Tuesday in Portugal.

"I entered the box and they just had the 2019 bike and they told me they didn't have time to prepare the 2020 bike.

"So, they were not ready to get it here. It's a pity not to have the same bike as the official bikes, but I guess they tried the maximum to get the new bikes here and they couldn't.

"So, we will need to manage with what we have."

As well as the test riders for all six manufacturers, 13 riders from the current grid will ride at the Algarve circuit on Wednesday on production street bikes to familiarise themselves with the track ahead of November's finale in Portugal.

Leopard in talks to move up to MotoGP in 2022