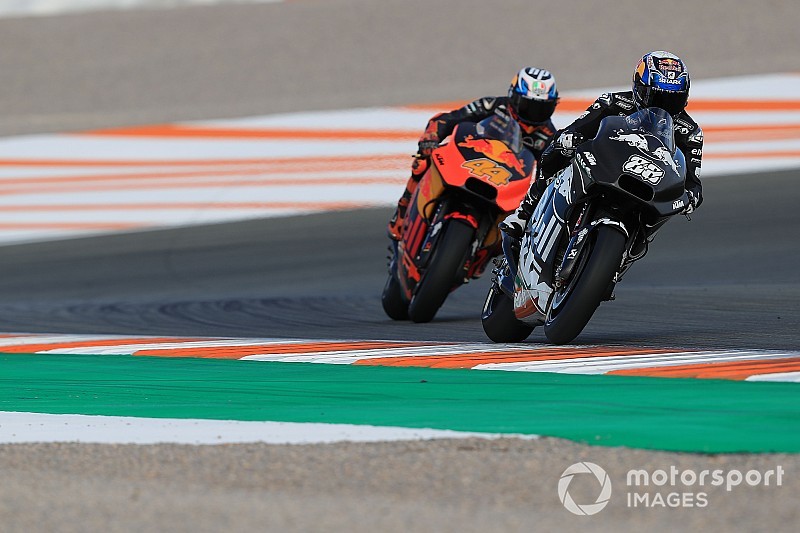 KTM rider Pol Espargaro believes the addition of Tech 3 to the Austrian manufacturer's MotoGP stable will allow it to “double or triple” its development rate.

After making its full-time premier-class debut last year, KTM has been largely consigned to fighting for the lower reaches of the top 15 and scored just five points more in 2018 compared to its first year – despite Espargaro's shock maiden podium in the wet in Valencia.

KTM will expand to four bikes on the 2019 grid, having lured top independent team Tech 3 over from the Yamaha camp. It has also brought in the series' leading independent rider Johann Zarco and signed Dani Pedrosa as a test rider.

Espargaro insists KTM has made “unbelievable progress” in its time in MotoGP, but believes the addition of two more factory-spec RC16 bikes, run by Tech 3, will be a boon to the programme.

The Spaniard feels the works team's results have been held back by the sheer amount of development workload.

“Many times we change the whole bike - the engine, the chassis, the swingarm, during race weekends,” he said. “And in racing life, this is crazy changes to do in a race weekend.

"But we needed to do that, I'm not against that, I asked for that.

“This also makes your life harder, and difficult, and these things that we are going to have next year, Johann and Dani and all the Tech 3 team, it is going to help us so much.

Tech 3, which will field its 2018 rider Hafizh Syahrin alongside Moto2 graduate Miguel Oliveira next year, has had a low-key start to life with KTM, its riders largely resigned to the bottom of the timesheets in testing in Valencia and Jerez.

“What we need is just fast riders on the bike, not just one, my teammate, Bradley [Smith] last year,” Espargaro said in Jerez.

“We need a teammate fast as Johann is but also we need to test riders like Dani and Mika [Kallio]. Also these young talents coming from Moto2 and Syahrin with short experience but here still very good.

“They just need time. It doesn't come easy, we know that KTM is not easy for example starting like Suzuki, not as easy and as fast at the moment. 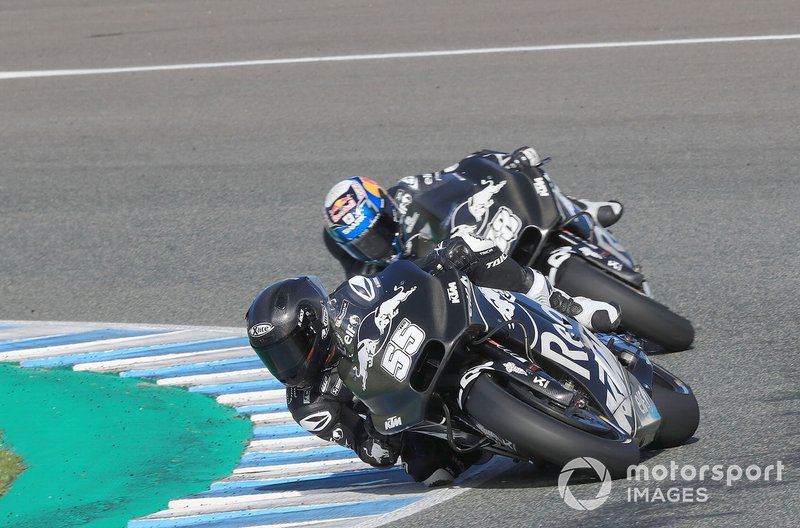