KTM can develop engines if it loses MotoGP concessions 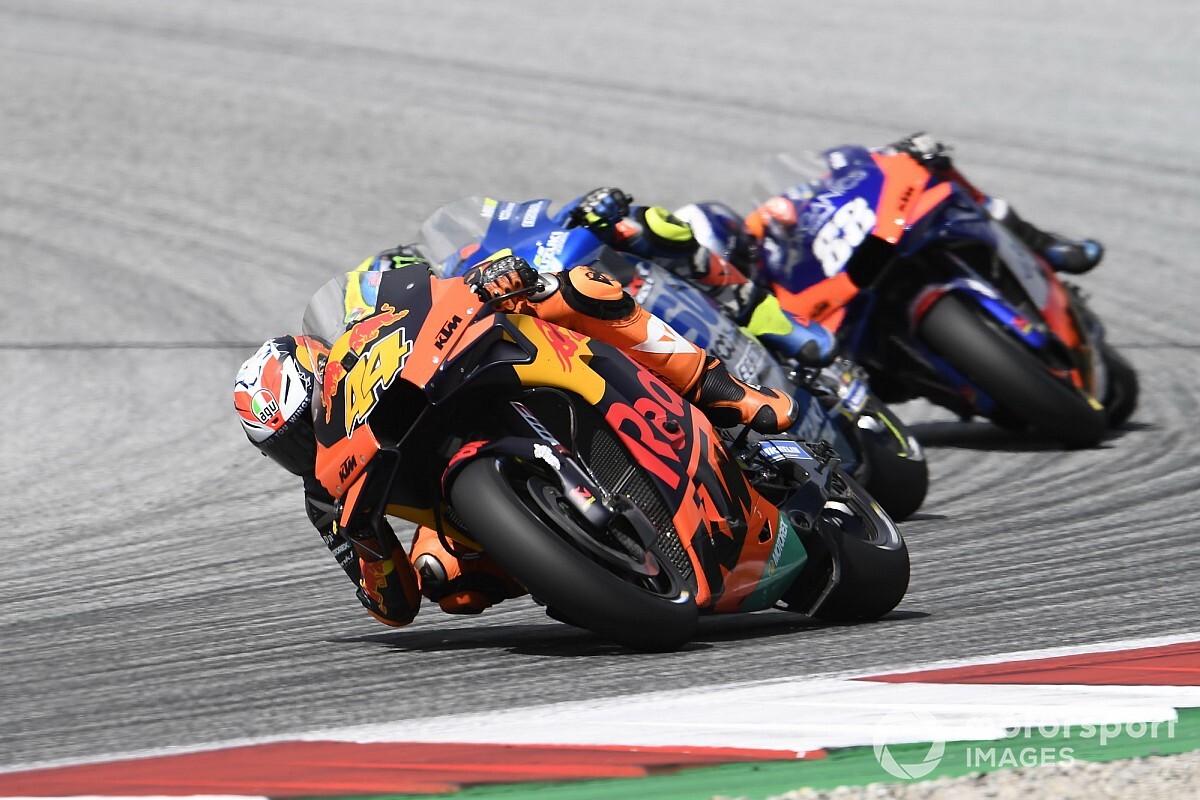 KTM will be able to unseal and develop its MotoGP engines in the event it loses its results-based concessions at the end of the 2020 season.

The concession system grants new manufacturers and those with little recent success in the premier class to develop their engines throughout a season, while non-concession manufacturers (Honda, Yamaha, Ducati, Suzuki) have their units homologated and sealed ahead of the opening round of a campaign.

However, this year engine development for all manufacturers has been stopped as part of cost-saving measures amidst the coronavirus crisis.

Next year, all six manufacturers will start the 2021 season on their 2020 engines, with the concessions teams able to develop after that.

Concessions also grant a manufacturer the ability to test with race riders and more engines during a season, with KTM and Aprilia currently allowed seven motors in 2020 due to the shorter 14-round calendar compared to the five for the others.

KTM is now just two concession points away from losing its perks after Brad Binder took the marque to its debut win in the Czech Grand Prix.

Pol Espargaro’s third-place at the wet Valencia Grand Prix in 2018 means a KTM rider only has to score a second-place finish this season for the Austrian marque to lose its concessions for next year.

If that is to happen, Motorsport.com has learned KTM has been granted permission by the Manufacturers’ Association at a meeting last Thursday to unseal and develop its engines ahead of them being frozen again before the first race of 2021.

This will be ratified at the next Grand Prix Commission meeting.

Last week Motorsport.com revealed Yamaha had lodged a request to the MSMA to be granted the ability to unseal its engines to fix an issue with the valve system on safety grounds.

Yamaha had to withdraw an engine each from Valentino Rossi and Franco Morbidelli’s allocation following mechanical failures in the two Jerez races, while Maverick Vinales also had a unit removed.

Motorsport.com also learned Yamaha has had to turn down its engines, which Rossi confirmed when asked last Friday – though Vinales and Quartararo have denied this.