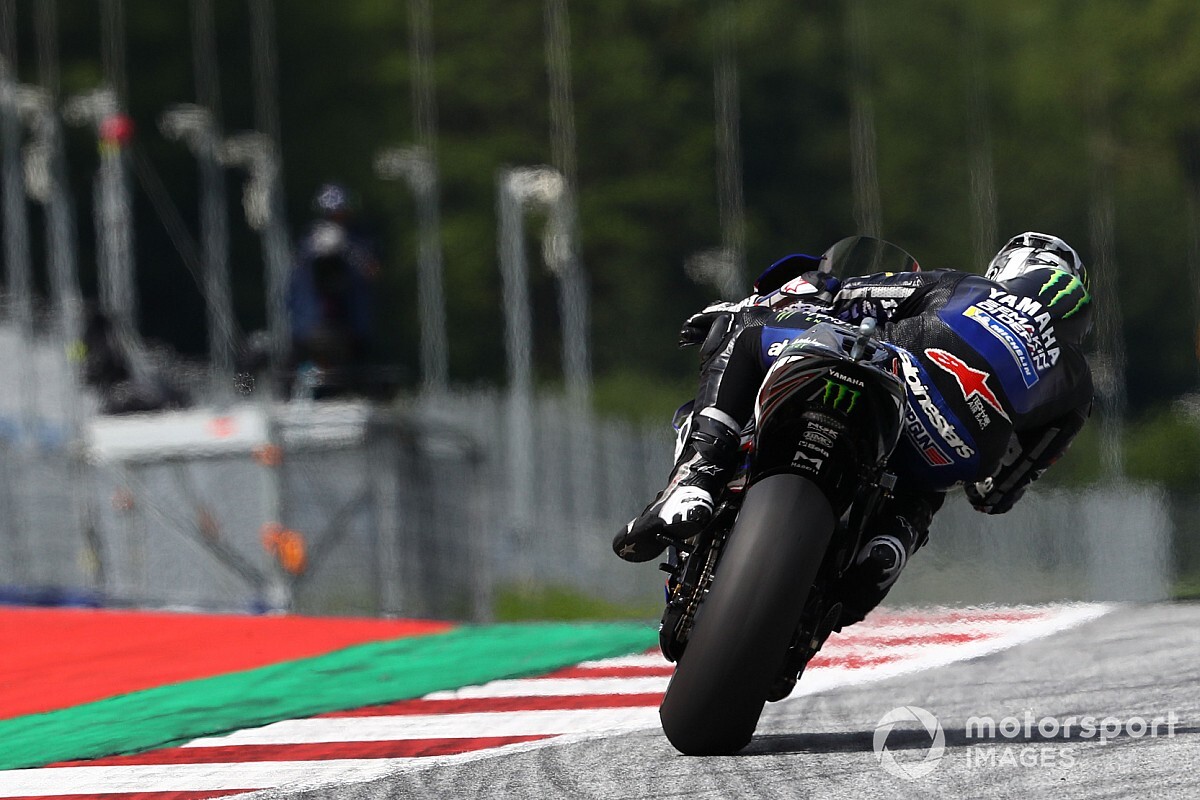 Over the two Jerez weekends, Yamaha suffered two engine issues, with Valentino Rossi, Franco Morbidelli (both of whom hit by issues in the races) and Vinales had units withdrawn from their allocation of five for inspection back at Yamaha's base in Japan.

On Friday Motorsport.com revealed Yamaha has requested to the other manufacturers to be allowed to unseal its engines to fix an issue on safety grounds, with all four M1 riders forced to ride with reduced revs in recent weekends.

Rossi did confirm when asked by Motorsport.com that engines had been turned down "a little bit", though insisted power has always been a weak point of the Yamaha.

Despite being between eight and 10km/h down on power compared to the Ducati of Andrea Dovizioso at the Red Bull Ring, Vinales managed to qualify on pole, while Quartararo was third.

When asked to comment on Motorsport.com's reports on Yamaha's recent engine request, Vinales replied: "Well, I think the problem on the engine is fixed.

"At the moment we don't have any more problems with any engines, so I think it's solved.

"We'll see, but anyway I think the Jerez track and a lot of heat made the engines suffer a lot."

Asked if he has been given more revs for the Austrian weekend, he stated: "No, it's the same ones as Jerez.

"At the moment we don't make nothing [different], the bike is at the maximum power all the time and here and in Brno we didn't struggle with the engine.

"For me it was the condition at Jerez, those conditions were extreme and made the engine suffer a lot. But not only our engine, also other manufacturers suffer a lot."

On the same subject, Quartararo added: "We have the same power as Jerez, as Brno. So, nothing to add about it."

Though only missing out on pole by 0.087 seconds, the championship leader is unsure if the new system is offering much benefit to him.

"Honestly, it's tough because I'm using it, but I'm not sure if it's working really well or not," he said.

"So today I was trying it, it was not easy, but at Jerez, in Brno I was not using it. I think in this track, it is one of the first time that I used it.

"So, we need to check a little bit if it's a benefit or not, but during the race weekend it will be difficult to manage with the device."

Vinales isn't using the system as he doesn't think it's "ready yet" for him to run effectively.