Zarco: Rookie Martin "has talent to adapt well" to MotoGP

Johann Zarco says his future Pramac Ducati MotoGP teammate Jorge Martin “will have the talent to really adapt” to the premier class when he steps up in 2021. 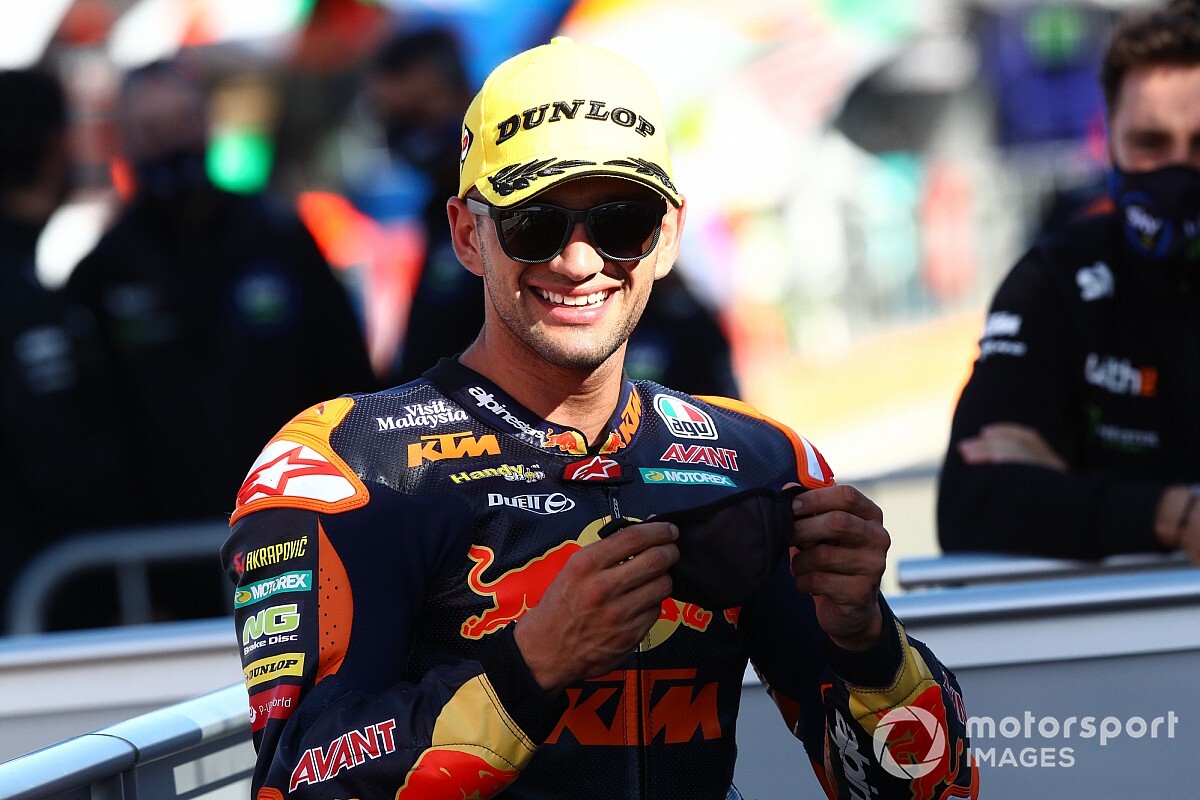 Motorsport.com first reported earlier this year Ducati had come to an arrangement with Moto2 race winner Martin to bring him into its fold at Pramac for 2021, with that move officially confirmed in September.

The 2018 Moto3 world champion ended the 2020 Moto2 campaign fifth in the standings, with the Ajo KTM rider’s title hopes demolished by a two-race layoff at Misano after he contracted COVID-19.

Martin will be one of three rookies stepping up from Moto2 next year, along with 2020 world champion Enea Bastianini and runner-up Luca Marini at Esponsorama Racing Ducati (formally Avintia).

When asked for his thoughts on his new-for-2021 teammate Martin, Zarco said: “Jorge Martin, I think he will adapt well.

“The way he is riding in Moto2, I see things and think he will have the talent to really adapt.

"And overall with Pramac, they have so much reference and he will have a Spanish group, so he will feel good quickly.”

Both Zarco and Martin will have works machinery at Pramac next season, with the Frenchman confident he can “really do well” on it having seen what factory team-bound Jack Miller managed with back-to-back second-place finishes at the end of the year.

"I will have this evolution for the year 2021, between the 2019 and 2020 bikes,” he said during a French Grand Prix press conference in December.

“Technically, I can't really say what is different about the bike, I don't even know, but normally all the little cursors are pushed a little bit more to feel better in the race, on the bike, to be more punchy and therefore go for the podiums or the wins.

“I can't really say exactly what the difference is, but on paper there is something better.

“Miller's end of the season makes me think that it can really do well and that I can really feel good on this bike which is evolved compared to the one I have known this year."