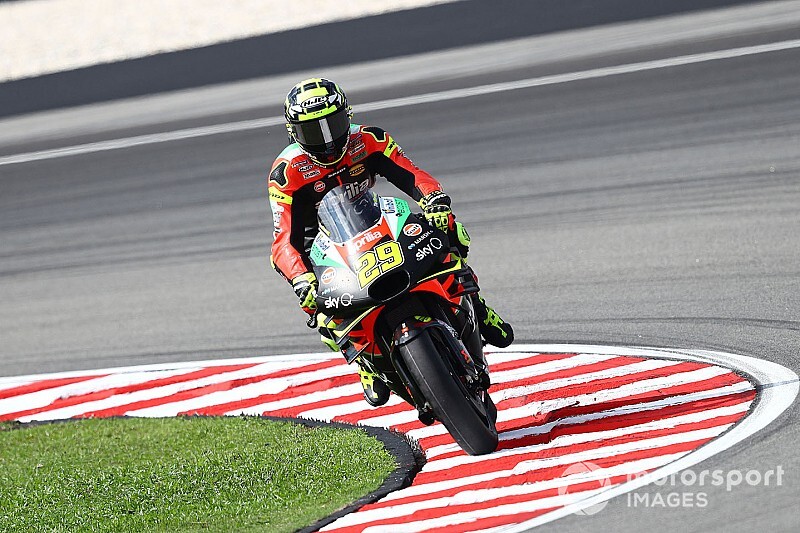 Aprilia MotoGP rider Andrea Iannone says he was "surprised" to receive a provisional suspension over a potential doping violation, but insists he has "every confidence" that he will be cleared of wrongdoing.

Motorcycle racing's governing body FIM announced on Tuesday that a prohibited substance, falling under the category of anabolic androgenic steroids, was found in Iannone's urine sample collected during the penultimate round of the 2019 world championship at Sepang, Malaysia.

This triggered a provisional suspension for the Italian, and means he is now to await an International Disciplinary Court hearing that would yield a verdict over any final sanction.

In a statement posted on social media, however, Iannone said that he will seek a "counter-analysis", which potentially indicates that he will request a test of his B sample. His suspension would be voided if this came up negative.

"I'm totally relaxed and I want to reassure my fans and Aprilia Racing," Iannone's statement read.

"I am open to any counter analysis in a matter that surprises me, also because - at the moment - I have not received any official communication.

"Over the years, and also this season, I have undergone continuous checks, obviously always proving to be negative, which is why I have every confidence in the positive conclusion of this affair."

While Iannone claims that he received "no official communication over the matter", Article 14.3.1 of the FIM Anti-Doping Code states that "the identity of any rider who is asserted by FIM to have committed an anti-doping rule violation may be publicly disclosed by FIM only after notice has been provided to the rider".

Iannone's employer Aprilia has yet to release a statement regarding the matter.

Since Iannone tested positive for a 'non-specified substance', if he isn't cleared by the B sample, article 10.2.1.1 of the FIM Anti-Doping Code states he would need to establish that the violation was not intentional to avoid a four-year ban.