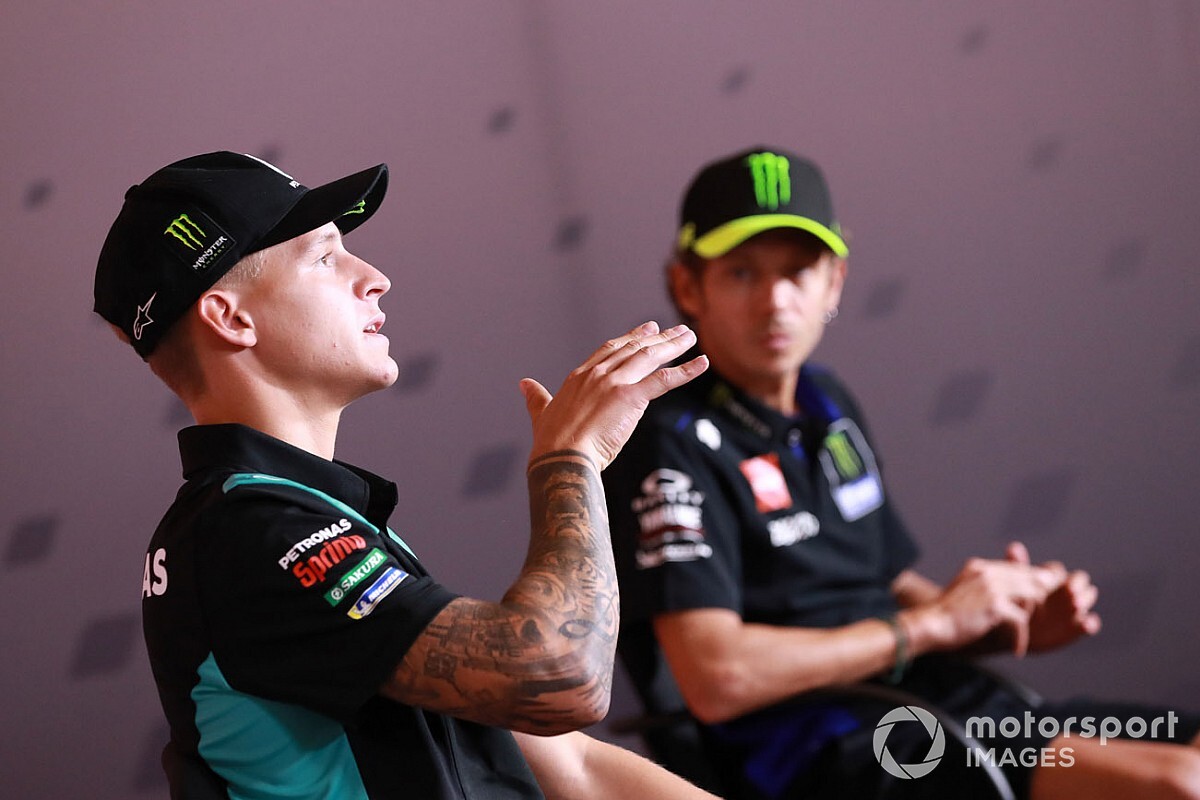 Fabio Quartararo admits it’s “still difficult to believe” he is leading the MotoGP standings after three races in which he scored just 20 points.

After dominating both Jerez rounds, Petronas SRT rider Quartararo’s challenged stumbled through the Brno/Red Bull Ring triple-header, as he managed just a best of seventh from the three races.

This wiped out his championship lead to just three points, with Ducati’s Andrea Dovizioso his nearest rival now.

“Last year everything was really good, pace was good and fighting for the win until the last lap but let’s see this year. I’m confident because it’s a track that I like, I feel comfortable.”

Quartararo battled with numerous issues on his Yamaha at Brno and Austria, and though he expects Misano to suit the M1 better, he is wary that those problems haven’t gone away.

"[We had] many troubles in Austria,” added Quartararo. “We struggled a lot. We will have these problems, but this track suits the bike better than Austria. So, we will need to adapt quickly and see what is the best way to ride without these problems.

“We need to make changes on the electronics, but let’s see what we can do. I’m confident because it’s a track that I like and last year was really positive for us."

His Styrian GP was ended early by brake failure – which was later revealed to have been a result of him ignoring Brembo’s advice to run different calipers – but Vinales felt the bike was “working fantastic” having made a gamble on set-up for the race.

“My feeling is really good,” he said. “Honestly, these last three races just motivate me and gives me a lot of fuel to keep pushing, to keep training and keep improving. We know our results can be much better.

“Basically, I feel ready to go out and put on my best performance all the time. I feel very calm of mind and I think the bike will work well here. Also, in Austria, in the second weekend, the bike was working fantastic, I had no issues.

“Maybe in qualifying I make a mistake and I lost a tenth and I was not able to be on the front row. But for the rest, it was fantastic. My mindset is good, I know we have a lot of potential, but now we need to put it on track.”

Crutchlow says right arm is a “disaster” after surgery