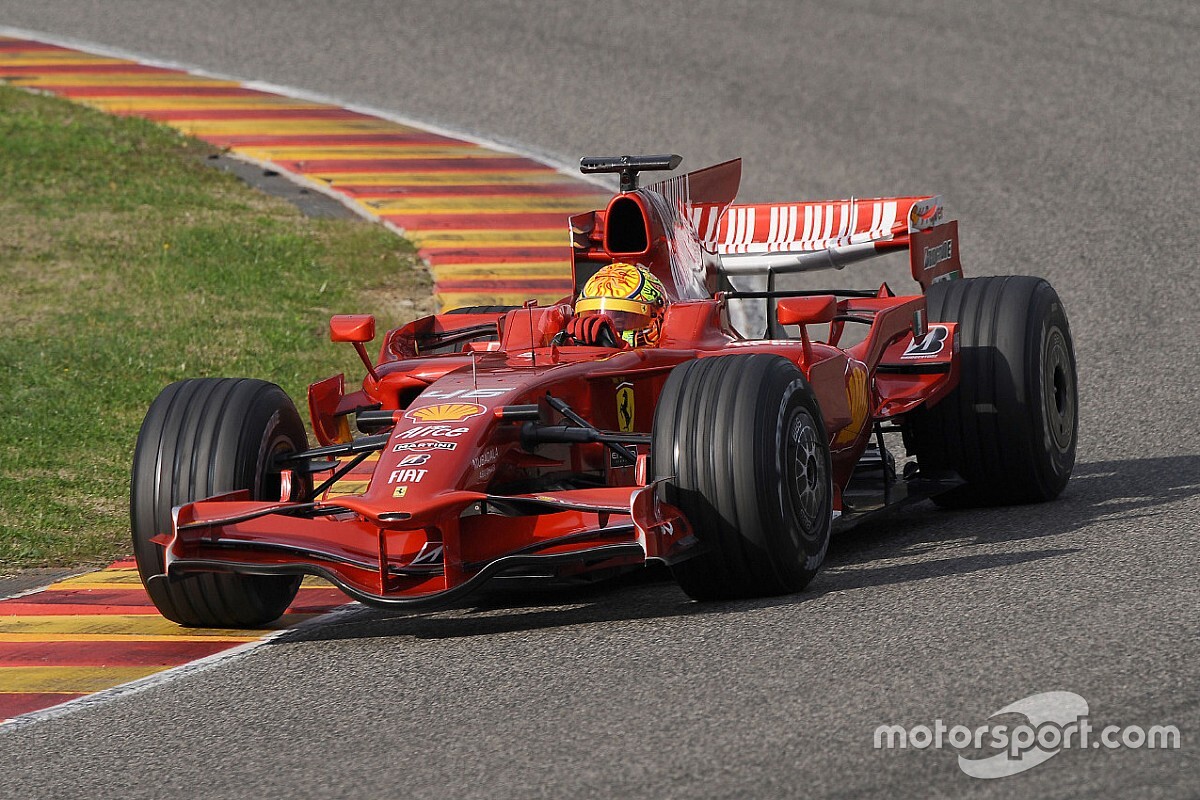 Seven-time MotoGP world champion Valentino Rossi says he is “very jealous” Formula 1 will race at Mugello this weekend and believes all the drivers will enjoy the experience.

This weekend’s Tuscan Grand Prix marks the first time F1 has raced at the iconic Mugello circuit, which has been the host of MotoGP’s Italian Grand Prix full-time since 1994.

Due to the COVID-19 pandemic, however, MotoGP had to abandon plans to race at Mugello this year.

Yamaha rider Rossi tested a Ferrari F1 car across two days at Mugello in 2008 and called the experience “incredible”, while highlighting the downhill Casanova/Savelli right-left at Turns 6 and 7, and the two Arrabiata right-handers that follow as “unbelievable” in an F1 car.

“I’m very jealous especially because we don’t go, we don’t race in Mugello this year,” Rossi said when asked by Motorsport.com for his thoughts on F1’s first visit to Mugello. “For me and for a lot of riders it’s one of the best tracks in the world with a motorcycle, and also with the cars.

“I drove the Ferrari Formula 1 [car] two times in Mugello and it was incredible. One time was also in the wet and was unbelievable, especially Casanova/Savelli, Arrabiata 1, Arrabiata 2.

“In Arrabiata 2, you go flat in a Formula 1 car at 275km/h, and it’s completely blind because in the Formula 1 car you are very low compared to MotoGP, so you don’t see the exit. I think they will enjoy it, and I’m very curious to follow Formula 1 on Sunday.

“I think that the track is a bit narrow for the cars that are very big. But I think everyone will enjoy Mugello a lot.”

Rossi tested Ferrari Formula 1 cars semi-regularly in the mid-to-late 2000s, completing a group test at Valencia in 2006 with the then-current field of F1 drivers.

Flirting several times with a switch to F1 full-time, Rossi ultimately committed to MotoGP, with his last Ferrari test coming at Catalunya in 2010 in a 2008 car on GP2 tyres. Rossi returned to a Formula 1 cockpit last December when he drove Lewis Hamilton’s 2017 championship-winning Mercedes at the Ricardo Tormo Circuit near Valencia, while the Briton got his first taste of MotoGP machinery on the M1.

Yamaha boss Massimo Meregalli told Motorsport.com earlier this year that Hamilton had to be restrained from going out on track too early owing to the low temperatures in the morning, such was his eagerness to get out on track.