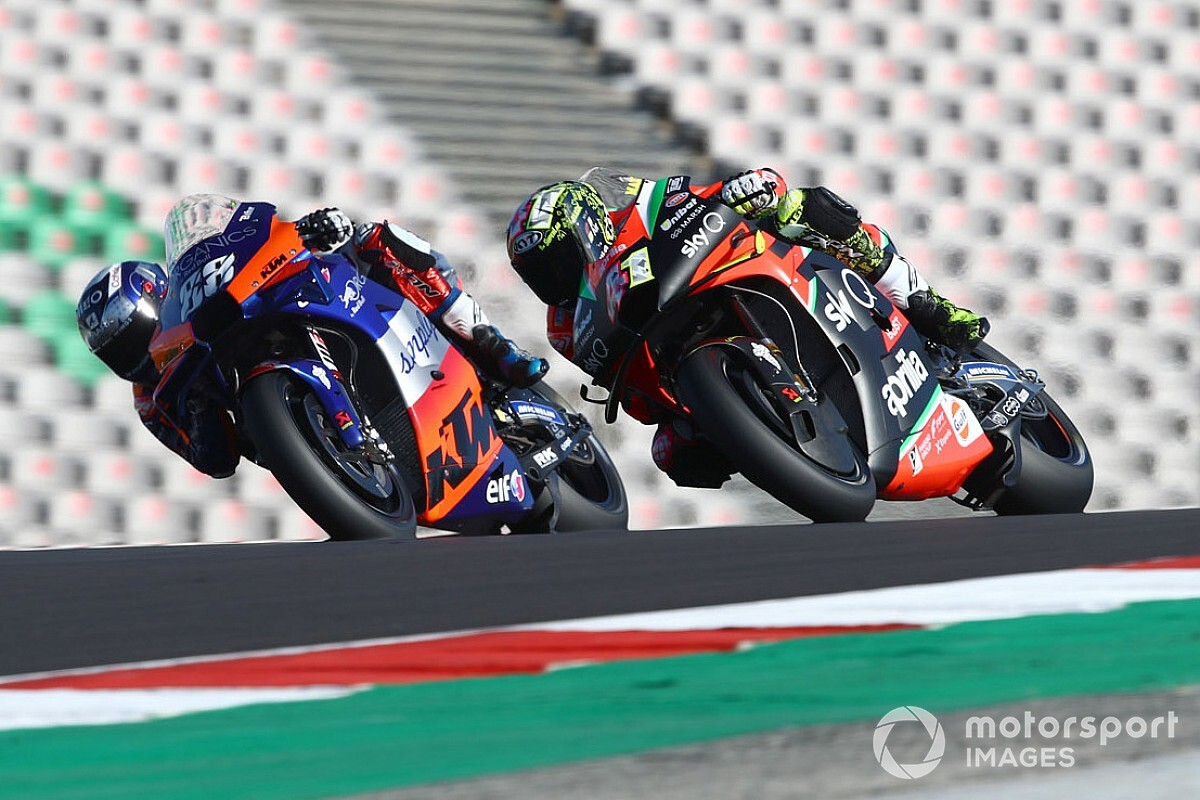 Aprilia’s Aleix Espargaro admits he is “very angry” about qualifying 14th for MotoGP's Portuguese Grand Prix as he felt he could have fought for the podium.

Espargaro came through from the fifth row in the grid to score a season-best eighth in last Sunday’s race at the Algarve International Circuit, to cap-off his 2020 campaign 17th in the championship.

The Aprilia rider’s pace was comparable to that of podium finishers Jack Miller on the Pramac Ducati and Petronas SRT’s Franco Morbidelli, but ended up 13 seconds adrift owing to his poor qualifying. Espargaro said he expected to be able to deliver races like he did in Portugal throughout 2020 on the RS-GP.

“Sincerely, I’m satisfied with my race,” said Espargaro. “I’m very angry about qualifying because I think we had enough [race] pace to fight… I know it sounds quite big to say podium, but it was quite easy for me to stay in 1m40s low all race, even in the last two laps.

“I could see on my dash that I was showing red helmets [fastest sectors], almost under 1m40s into 1m39s, which are very fast lap times. I made many overtakes during the race, and then when I had a gap to me and somebody in front of two seconds I was able to just close this gap, overtake and again.

“I enjoyed a lot riding this bike. When I said this year the Aprilia RS-GP is growing and I felt strong, I wanted to prove it in races like this one. So, I’m satisfied but at the same time I’m angry because I expected to be all season like this.”

“[It] has been a pleasure to race many years with Cal Crutchlow,” added Espargaro. “He is a rider I felt very close to, I like his lifestyle and his approach to the racing life, also on and off track.

“I would like to say to everybody that was the last race for a unique rider and that has been a pleasure. Regarding the race, actually it was a bit tricky because I overtook him quite aggressively in the last part of the race and I didn’t want to touch him!”