The International Race Teams’ Association has issued a letter to the MotoGP paddock expressing its disappointment at several riders going home between the Aragon races and breaking the COVID-19 bubble. 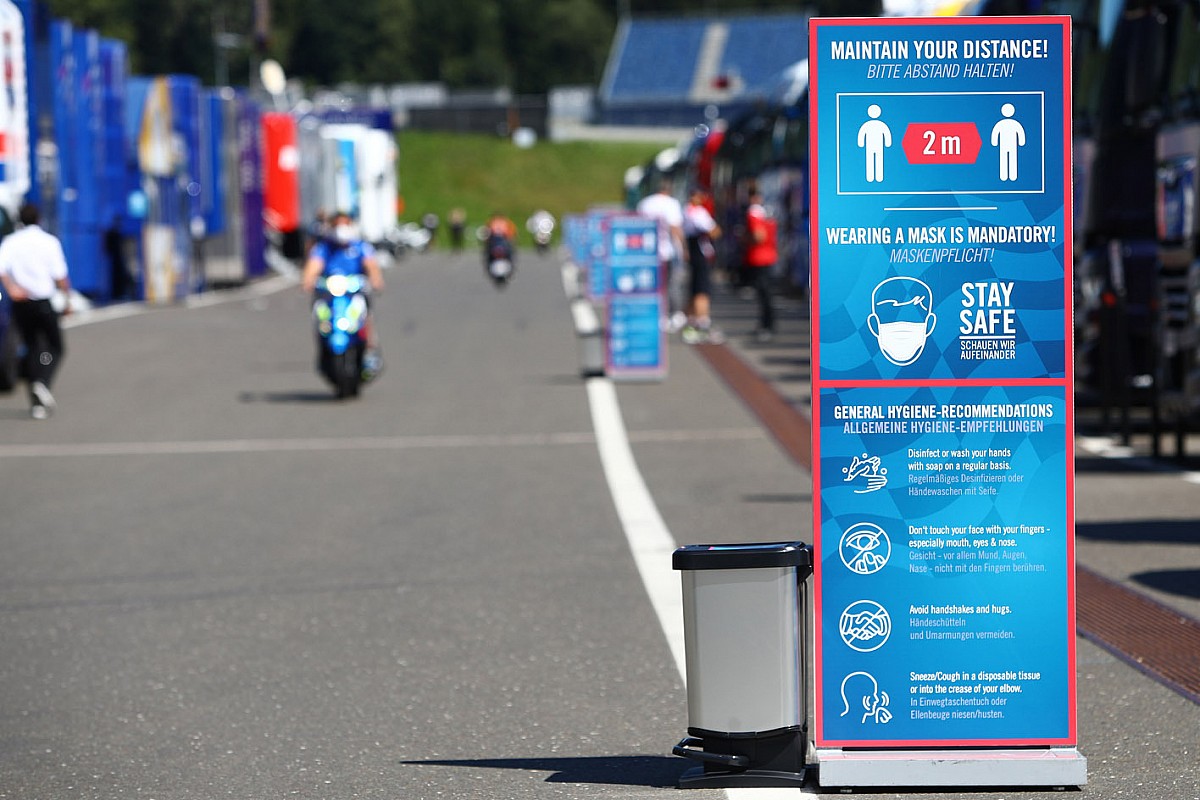 MotoGP has been operating tight COVID-19 prevention measures this season, which have included smaller paddock numbers, regular testing and a bubble system to stop interaction within the paddock.

As part of its protocol for back-to-back races at the same circuit, Dorna asks all personnel to remain within the circuit/hotel bubble for the entirety of two events – without travel outside of this bubble only permitted “for important business reasons”.

But a number of riders travelled outside of this bubble between the Aragon rounds.

Ahead of the Aragon Grand Prix, Yamaha’s Valentino Rossi was diagnosed with COVID-19 after travelling home to Italy from Le Mans, while Moto3 rider Tony Arbolino was forced to quarantine for the first Aragon round because he was sat close to someone on the plane to Italy who tested positive for the virus.

Fellow Moto3 rider Riccardo Rossi missed the Teruel GP after catching the virus, while Moto2 rider Jorge Martin was ruled out of the Misano double-header after testing positive.

Numerous paddock personnel from teams have also tested positive for the virus since the start of the season.

A letter has since been sent to the riders from IRTA expressing its and Dorna’s disappointment at paddock personnel breaking the bubble procedure between Aragon rounds.

“With the testing procedures and the precautions that you are taking within the paddock, such as social distancing, the wearing of masks and confining activities to team and company bubbles, the MotoGP paddock probably poses a minimal risk of COVID-19 infection compared with the risk in the outside community,” part of the letter read.

“The biggest risk comes from individuals contracting the disease at their homes or during travel.”

The letter states it is “impossible to precisely determine” where the infections which have ruled people out of weekend came from, but “evidence” IRTA has suggests the virus was picked up outside of the paddock.

IRTA has ‘strongly urged’ the paddock to remain in its designated bubbles for the final three rounds, while also warning against the recent relaxing of compliance of safety measures within pit boxes which have been caught on camera.

“It has been noticed that some people have started to relax compliance with the safety measures required in the paddock and pit boxes,” the letter read.

“Images have appeared on TV and social media of staff celebrating with riders whilst not wearing face masks.

“If we want to be permitted to continue running events we have to demonstrate to the outside world that we are respecting the conditions that were agreed as a condition of obtaining permission.

“Please do not prejudice the completion of the season!”